The town last week appointed a longtime public safety official in the state and region as interim chief of the New Canaan Fire Department, months after he joined the agency. 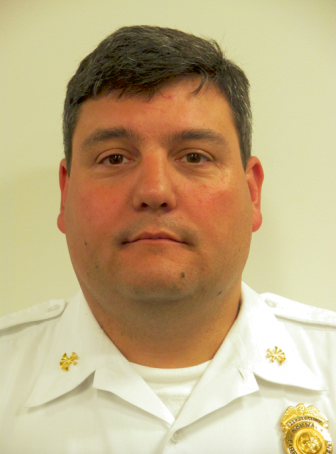 Albert “Albe” Bassett takes on the role in the wake of Fire Chief Jack Hennessey’s retirement, which was effective Nov. 1.

“I think it’s a terrific thing for our community to have you step up and become our new fire chief,” Selectman Nick Williams said during the Nov. 1 regular meeting of the Board of Selectmen, held at Town Hall and via videoconference.

“Kudos to Jack Hennessey,” Williams said. “You know Jack Hennessey and I, we worked together in the EOC [Emergency Operations Center] for years through storms, ice storms and blizzards and all sorts of hurricanes and such, and Jack was terrific. I think you can fill shoes admirably, so welcome aboard.”

Bassett came to NCFD mid-August as assistant fire chief. He had worked since 1992 for the fire department in Norwalk, where he resides in the Silvermine neighborhood, most recently as an assistant fire chief. Bassett is co-chairperson of the Fairfield County Hazardous Incident Response Team since 2001, ESF-10 Chair of the DEMHS Regional Emergency Planning Team and has been an a current instructor at the State of Connecticut Fire Academy.

Moynihan said, “Everybody is very, very pleased to have Alby joining us and we look forward to having you as our interim and perhaps soon chief.”