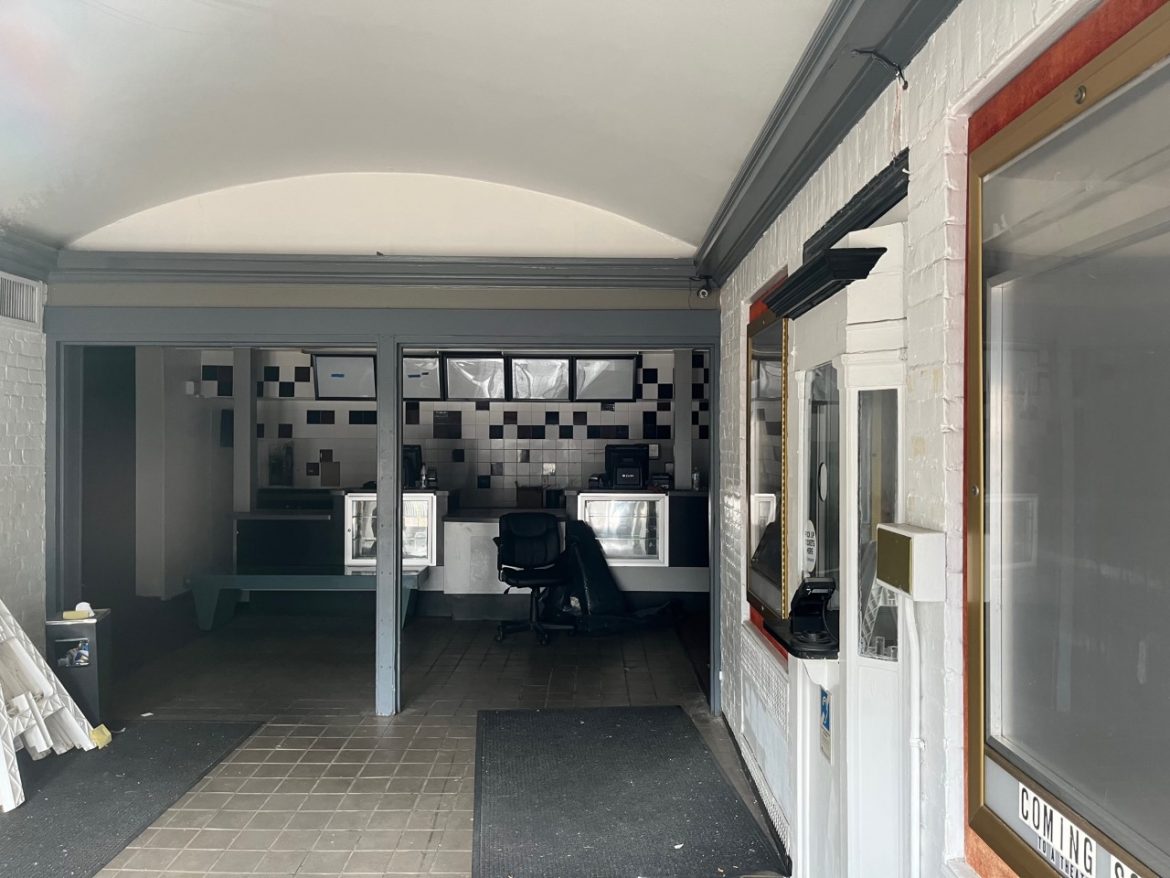 Inside the lobby of the shuttered Playhouse movie theater on Sept. 8, 2022. Credit: Michael Dinan

The Board of Selectmen at its regular meeting Sept. 6 voted 3-0 in favor of selling the 11-year-old equipment to Niskayuna, NY-based Integrity Entertainment Systems for use in a refurbished Massachusetts theater. (The new operator of the Playhouse will use digital equipment and the projector room itself will be removed, officials say.)

New Canaan did not pay for the projector and sound equipment, which originally cost about $100,000, but became its owner under an agreement to terminate its lease with Bow Tie Cinemas, the former operator of the iconic Elm Street movie house, according to Bill Oestmann, buildings superintendent with the Department of Public Works. 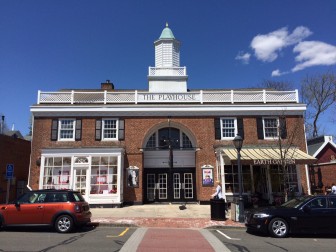 “The shelf life on that type of equipment is usually eight to 10 years, but since it hasn’t been running, it has a minimal use, there is an interest in repurposing this,” Oestmann told the selectmen at their meeting, held at Town Hall and via videoconference. “The original company who actually sold the equipment was able to actually sell it for us. He gets a small commission.”

Oestmann added, “The equipment needs to be removed before we go any further because it is actually still running in kind of like a sleep mode but you can’t shut it off.”

First Selectman Kevin Moynihan and Selectmen Kathleen Corbet and Nick Williams voted 3-0 in favor of the contract. Under it, New Canaan will sell the projector and sound equipment for $16,750 and pay a 10% fee to the broker, netting $15,075.

“They are selling something that we really didn’t pay for,” Moynihan said.

Shuttered at the outset of the COVID-19 pandemic in March 2020 and available to a new tenant since later that year, when Bow Tie Cinemas terminated its lease, the Playhouse is getting a new operator in Montclair, N.J. Cinema Lab. s listed in state records as Montclair-based Cinema Lab Topco, LLC. The town this summer has approved a series of contracts to ready the Playhouse for reopening next spring.

The selectmen asked how much the equipment cost originally (a little over $100,000) and whether Bow Tie would be able to make a claim for it (no).

Moynihan said that although it appears from emails that the equipment is going “to my hometown theater” in Massachusetts, “I had nothing to do with the transaction.”