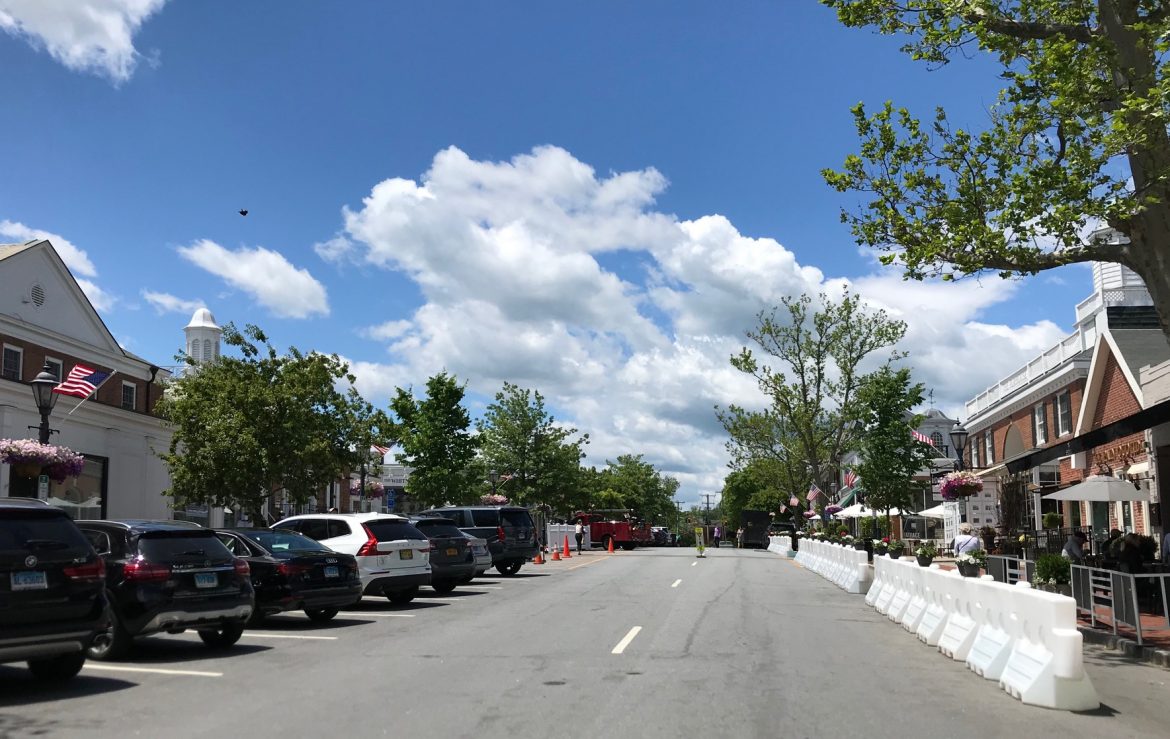 For two weeks, parking enforcement officers have been issuing “courtesy tickets” to motorists who leave their vehicles for hours on end in free spaces on Elm and Main Streets, among other streets downtown—not fining violators, but urging them to use what have been designated free municipal lots such as Morse Court, Park Street and Playhouse.

Yet the meters in those lots also will be enforced again after August, following a 2-0 vote by the Board of Selectmen at its regular meeting Tuesday.

“I think it’s a good experiment to continue July and August with the free parking but I think to continue beyond Sept. 1, we hopefully will be much more back to normal by Labor Day,” Moynihan said during the meeting, held via videoconference.

Moynihan and Selectman Kit Devereaux voted in favor of the deadline. They also voted 2-0 in favor of commencing renewals for annual parking permits—such as those for downtown workers using the Morse Court and Park Street lots—on Nov. 1. (Selectman Nick Williams, present at the meeting, abstained from voting because the latter measure all covers commuter parking lots, and he’s a commuter.)

The ramped-up parking enforcement comes as New Canaan, like other towns and cities in the state, sees more types of businesses reopen under Gov. Ned Lamont’s plan. As of Wednesday, restaurants are allowed to open indoor dining at 50% normal seating capacity—though the state urges people to use outdoor dining areas—while personal service businesses such as nail salons, as well as fitness centers and pools, may open under restrictions (see a full list here).

Williams noted that he himself has proposed eliminating metered parking downtown while still enforcing time limits. That “free parking” proposal is to form part of a $25,000 study that the town had commissioned just prior to the onset of COVID-19 virus.

Williams said the current free parking scenario could “give us data points that should lead us to a decision whether to keep free parking for the long haul.”

Moynihan said, “The only trouble is, when are we going to get back to normal? This is not really normal. But people are returning to downtown.”