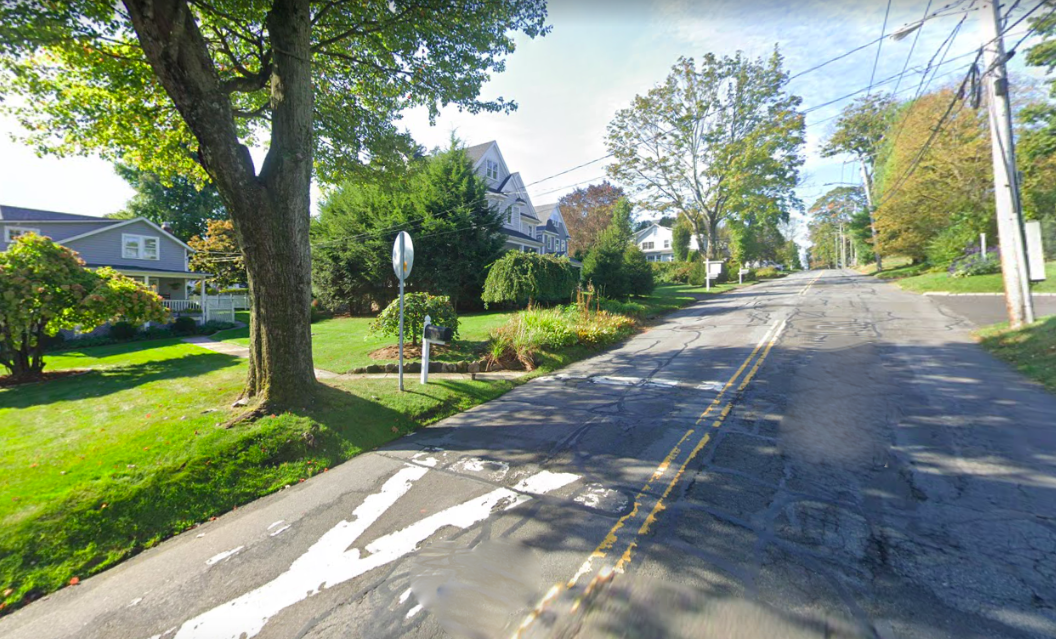 Town officials say they plan to seek permission to build sidewalks along a portion of Richmond Hill Road on either side of the railroad crossing, while the pedestrian crossing over the tracks—a piece of the overall project that requires additional time and approvals—is done in the future.

Municipal officials have been meeting with more than one dozen representatives from state and federal agencies, as well as Metro-North Railroad, to determine “what needs to be done to adequately cross the intersection” of Richmond Hill Road at the railroad tracks, according to Public Works Director Tiger Mann.

“We’re at the stage now where we’ll submit our plans to Metro-North Railroad and DOT [state Department of Transportation] Rails for their review to come back and say what we need,” Mann told members of the Police Commission during an update at their Oct. 19 meeting, held at police headquarters and via videoconference. “The good thing is that we are at this stage. The bad thing is that it could be up to $1.5 million more and adding a year’s worth of time to design and construction. So we’re looking at a subsequent possibility of building the sidewalk to the right-of-way lines on both sides [of the tracks], and then going through that last bit of process and approval.”

Citing safety concerns, about 70 neighborhood families in December 2018 signed a petition requesting a sidewalk on Richmond Hill Road. Plans call for a sidewalk that runs along the south side of Richmond Hill from the exit of Mead Park to Marshall Ridge Road. In January 2019, the town approved a contract for an engineering firm to design it, and the area has been surveyed with the sidewalks themselves designed. Public Works has already secured a positive 8-24 Municipal Improvement report from the Planning & Zoning Commission, and the project received funding through a Local Transportation Capital Improvement Program or “LOTCIP” grant. Yet final approval is needed from the Western Council of Governments, DOT as well as DOT Rails, and Metro-North Railroad. Federal rails officials also are meeting with the town and state officials about the project, and everyone is aware of the serious public safety issues on Richmond Hill Road, Mann said.

During last week’s meeting, Police Commission Chair Paul Foley noted that officials are receiving many communications from residents regarding the dire need for sidewalks on Richmond Hill.

“Just so everyone knows, people are crossing that crossing [at the railroad tracks] all the time anyway,” Foley said.

Mann agreed, and said that during one recent site visit to the area with state officials, five people walked across the tracks, including two women pushing baby strollers to an 8-foot berth into the roadway.

“The crossing is quite wide, it’s lit, you know the trains are coming,” Mann said. “So the thought was to build a sidewalk up until the right-of-way while we work through this last phase of the year’s worth of planning and another $1.5 million to the project. But we’re not there yet. So we’re right now we’re going to go back to them to ask how much it would actually cost, the final design phase, and then we will start to make a decision as to how we will proceed forward. But we are working through it.”

Municipal officials are talking to the town attorney regarding New Canaan’s liability in the matter, he said.

Mann appeared to say at the meeting that the LOTCIP funding could be used to offset the $1.5 million pedestrian crossing at the railroad tracks, while the town—with approval from the Board of Finance and Town Council—could take on the cost of the sidewalk construction.

Referring to the various state, rail and federal agencies whose input is required, Mann said, “I think now we are all rowing in the same direction. It just comes down to what will be the next move.”

He noted that the state DOT must approve plans to build the sidewalk up to the railroad right-of-way because they own it “and Metro-North Railroad leases it from them.”