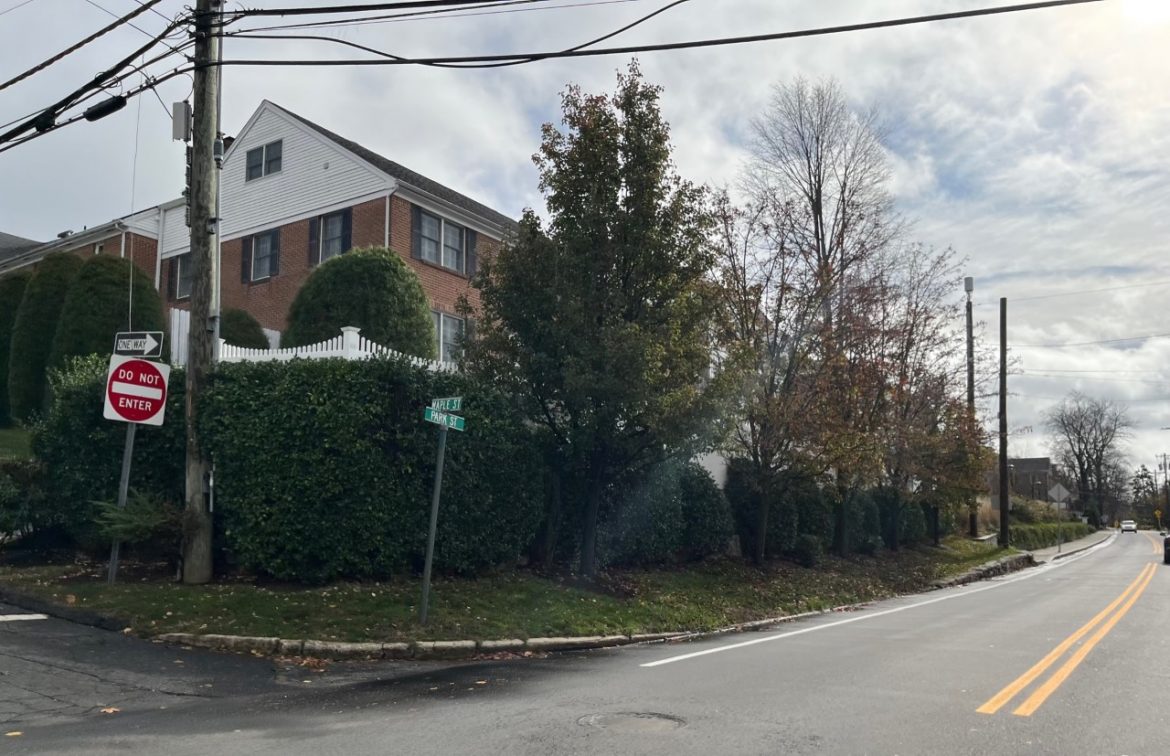 A sidewalk extension will run from the bottom of The Vue on Park Street to the corner of Maple. Credit: Michael Dinan

The Board of Selectmen on Tuesday approved a $36,515 contract with a local company for a sidewalk installation near the downtown.

Under the contract, Peter Lanni Inc. will put in new sidewalks and ramps as well as perform retaining wall work along the east side of Park Street, roughly opposite the Richmond Hill Lot. The new sidewalk extension will connect Vue New Canaan apartment-and-condo complex with Maple Street.

“It’s a small stretch,” Public Works Director Tiger Mann told the selectmen at their regular meeting, held at Town Hall and via videoconference.

“We had originally designed it back when The Vue was installed except there was a telephone pole in the way that had not only Eversource but every communication service on it, as well, including Verizon, and we had to wait until everything was removed from those poles to be able to relocate the pole. So we had a three-year hiatus in waiting for cooperation from the utilities.”

Moyinhan said, “it’s an important safety project for not only The Vue but also the condominium complex just beyond The Vue where they need to be able to walk safely to the train and not have to cross busy Park Street.”

Mann said that Lanni offered an “excellent” price and has a track record of high-quality work for the town. Most of the money for the project will be spent on the retaining wall, he said.

“In speaking with the condo complex next door, we were able to point across the street at Richmond Hill to the work that Peter [Lanni] had done on those walls and they very much liked them, so they were not only in agreement with the contractor but the type of work that he performs,” Mann said.

According to Mann, a plan to replace and extend the Oenoke Ridge sidewalk from Heritage Hill Road to Parade Hill Road now will not start until the spring, as per a request from the state, allowing the town to tackle smaller sidewalk installments this fall.