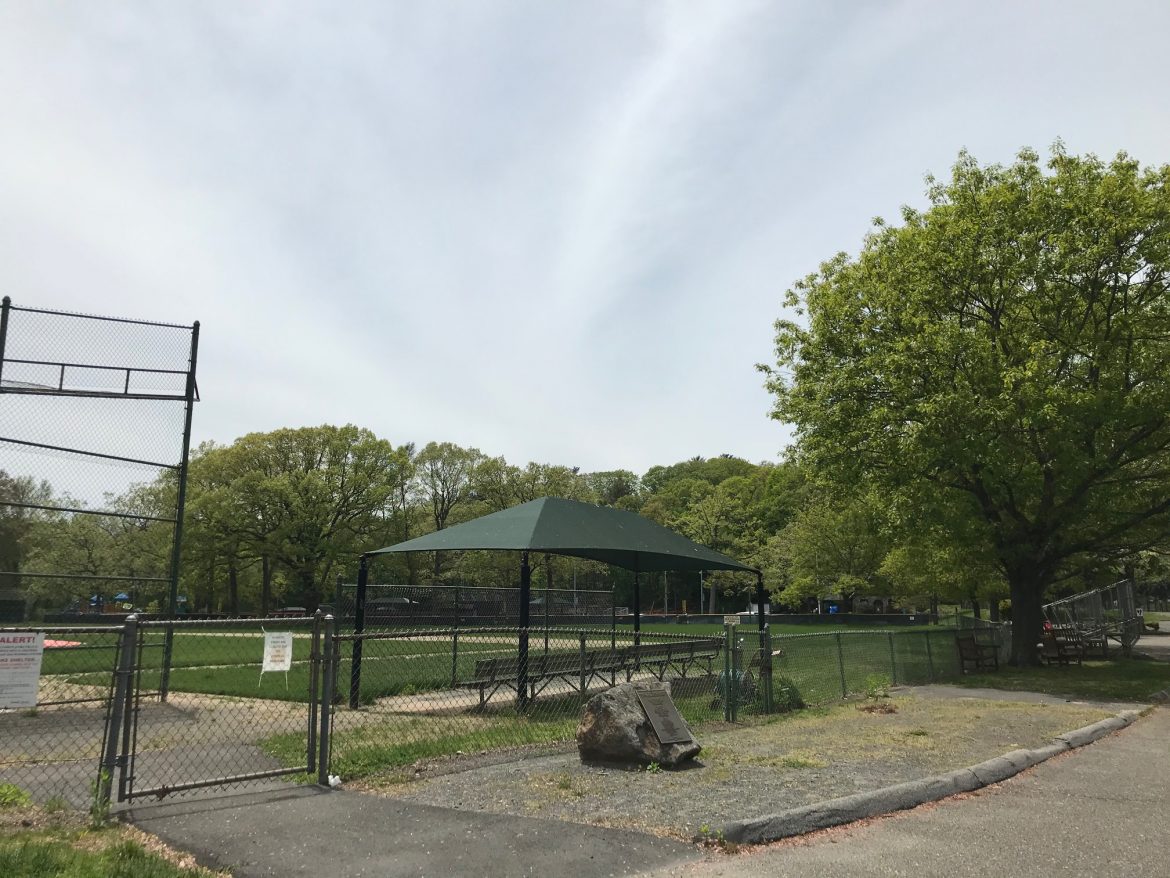 Town officials last week voted in favor of a $6,735 contract for a design improvement at Mead Park that’s expected to address the decades-old problem of baseball striking parked cars.

The work of redoing the backstop on the varsity baseball field and some fencing around it is expected to cost a total of about $80,000, according to Public Works Director Tiger Mann.

During its regular meeting May 19, the Board of Selectmen approved a contract with Avon-base Richter & Cegan Inc. to “give us a design to help us with the layout of that area, of the backstop itself and the fencing to try and protect and prevent balls from leaving the playing field,” Mann said.

“It’s been a problem for a very long time with the layout of this backstop,” Mann told the selectmen at the meeting, held via videoconference.

Foul balls struck down the right-field line at the large field often fly over a fence and onto cars in Mead’s main lot—a problem that was mitigated somewhat though not entirely with a new parking configuration.

The selectmen asked Mann whether the project had been discussed during budget season (in years past, yes), whether funds for the work were in this year’s budget (yes), in which direction the balls are flying (toward the parking lot) and whether the concern was vehicles.

“We are worried about the cars,” Mann said. “We are not worried about losing them into the water or a long shot into the farther parking lot. If somebody gets one of those, they’ve got to be happy.”

Williams asked how many people, pond fishermen and cars are hit in a given year.

Mann said, “I don’t know. Over time it has been quite a few. If you look at the design, it’s not a great design, the existing design that we have. It’s not adequate.”