Two skunks were caught in animal traps, one of which had to be euthanized, this week.

Animal Control Officer Jillian Bosch received a call from Hoyt Funeral Home on Main Street about a skunk stuck in a trap on July 29. The animal appeared to be struggling and suffering upon Bosch’s arrival.

She was able to remove the animal from the trap, but the baby skunk was having trouble breathing and had to be euthanized, Officer Allyson Halm said. 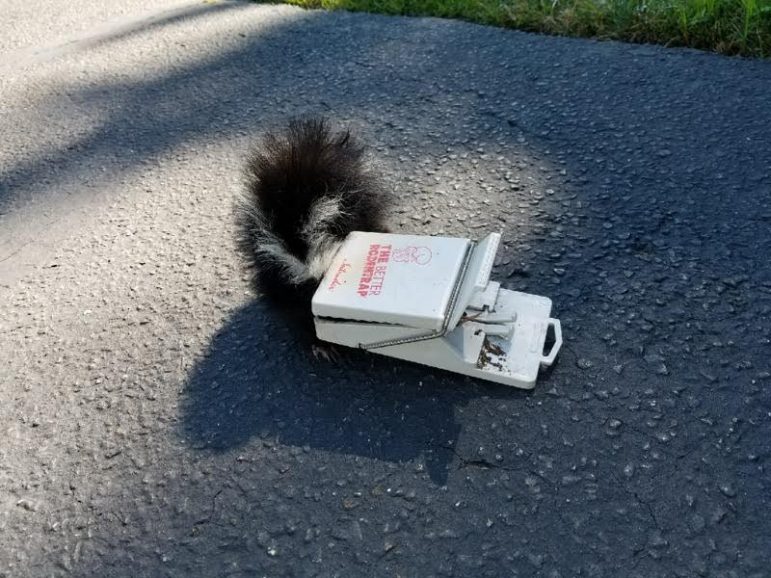 This baby skunk was euthanized when it was unable to breathe after getting stuck in this trap.

Halm was called to a similar situation on Southwood Drive on Aug. 2, where a skunk was stuck in a trap set to catch a rat in a garden. The trap was located in a flower bed, where the homeowners said that they did not expect to catch a skunk.

Halm was able to free the skunk, and it walked away from the scene uninjured, she said.

“The most frustrating thing about this is that people willingly set different types of traps, not thinking the process through,” she said. “What if that had been a neighborhood cat that got stuck in there?”

Halm frequently receives calls from people who have unexpectedly caught animals that they were not looking to trap with Havahart traps. The intention of the homeowner is to relocate the animal and find a beautiful place for it to live, Halm said. 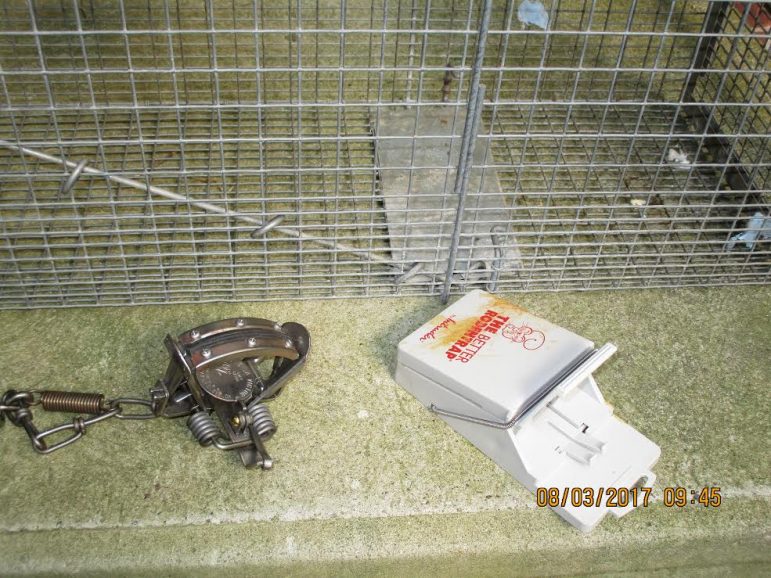 These are the most common traps found by New Canaan Animal Control.

“That is its own act of cruelty, because you’ve completely relocated an animal from its home,” she said. “Every animal has a complex system where they live.”

If somebody takes an animal and relocates it, certain species can attack that animal in the new setting. They can starve to death if they don’t know where their food is, and baby animals can become orphaned in the spring.

Using an animal trap is never a smart idea, Halm said. Instead, she encourages people to hire professionals for animal deterrence. Websites wildlifehotline.org and humanesociety.org provide solutions that will not harm animals.