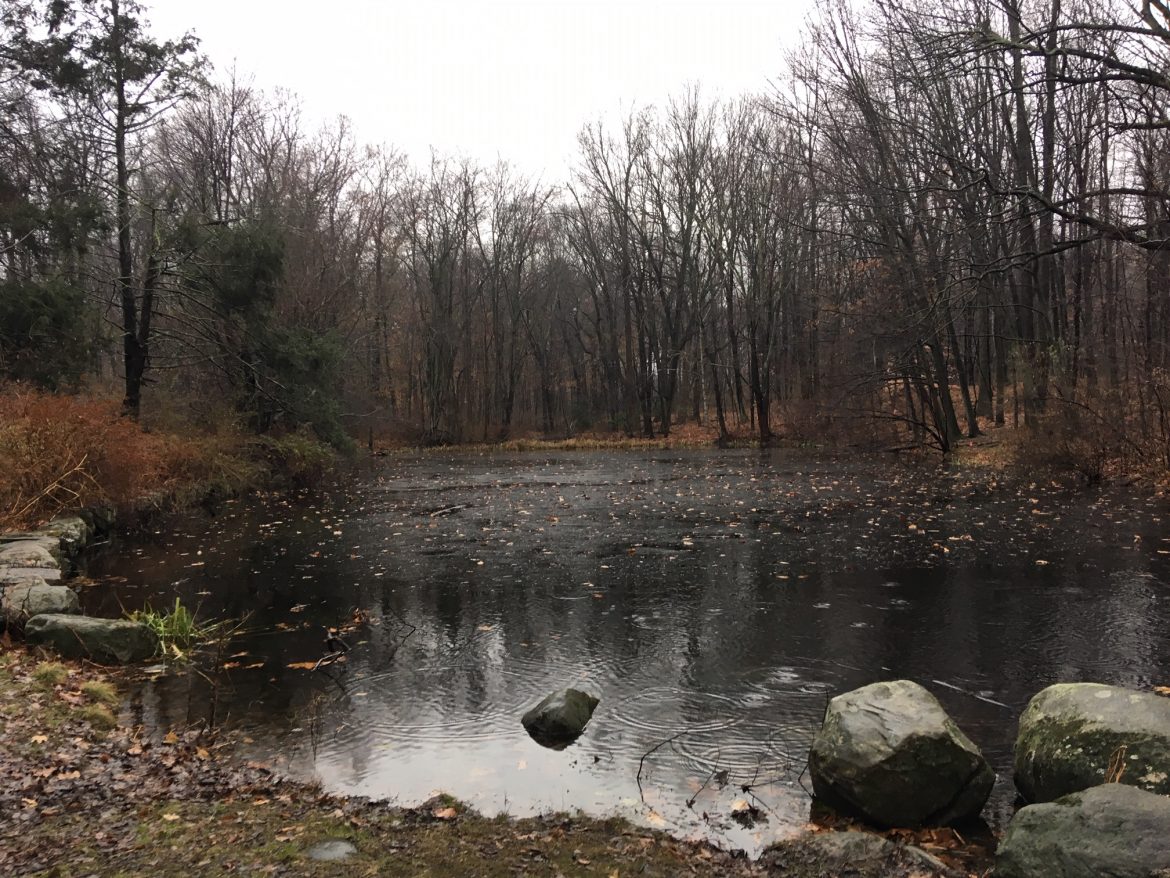 Town officials say they plan to dredge Waveny Pond this summer and install amenities including an observation deck and new elevated walkway trail under the widely anticipated centerpiece of a public-private partnership.

The pond in the past has filled in with sediment that’s reduced its inflow and led to algae blooms, Public Works Director told members of the Parks & Recreation Commission during their March 13 meeting at Town Hall.

Under a project that’s expected to cost New Canaan about $170,000 with at least that much to be paid additionally by the Waveny Park Conservancy, the town will dredge the pond to a depth of about eight feet, Mann said.

The pond’s outflow structure is in good contain and will receive new railings that used to line a pedestrian path near South Avenue.

“We will add that railing around as a barrier to anyone to prevent them from falling in, so it will give us a little continuity between the pond dredging and the trails and Waveny itself,” Mann said.

Unveiled more than three years ago, plans for Waveny Pond have undergone multiple iterations. The project that Mann said could go out to bid in May or June would include creation of a new trail so that those descending the sledding hill toward the pond could walk to the left of the water body, using a new elevated walkway to traverse the stream bed that feeds the pond.

The observation deck wouldn’t be too large, he said, “but the feeling is that when you get out on water people want to look out on the water and be able to see both sides, down both embankments and both shores.”

He made his comments by way of updating Parks & Rec on the status of the Waveny Pond and other projects.

Commissioners asked him where the estimated 3,500 cubic yards of dredged material would go (on the opposite side of the trail behind the pond, before the cornfields), whether they would “feather into” the cornfields themselves (yes, so they’ll be unnoticeable), what is the water source that feeds Waveny Pond (it comes from an area behind Dunning Stadium) and how often the dredging will be needed (the creation of a sediment forebed means minor maintenance dredging only will be needed).

Commissioner Sally Campbell, who serves as vice chairman of the Conservancy, called the project “exciting” and “wonderful.”

Mann said it was a good example of a public-private partnership.

“This was one of the first signature projects they wanted to complete, so it’s nice to do it now,” he said.