What follows are excerpts from parking ticket appeals letters filed recently with the New Canaan Parking Bureau. Where available, we’ve included information on the violation for which these people were cited, in what amount, and where and when the violation occurred. 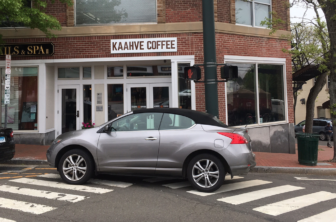 Not a single spot available in meter lot so I parked on the side. My boss was waiting for me and I had no other choice but to park on the side. I am happy to pay the $5 fee but felt my hands were tied yesterday. I would like to appeal in person but will be out of town for the July meeting.

Dear Parking—When I stay too long in a spot, I’m happy to take my lumps and pay the ticket. In this case, I did not stay over the 15 minute limit as I ran into my office—grabbed a form, and ran out. Please let me know how to proceed.

I live on Long Island and unfortunately I will be able to present my case in person. I was in New Canaan on business, as I am a Sales Manager for a medical device company. Prior to my meeting, I received a call from a rep of mine that needed me to send him an email. I pulled over on South Ave to do so and I checked to see if there were any no standing signs. There were none present. I was parked in front of a hydrant but I was sitting in my car with it running. At no time did I leave my car. All of a sudden I hear the parking attendant say I had no idea you were in the car but here is your ticket. I know she had already printed the ticket and there was nothing she could do. Now that being said, I spend a lot of time in Manhattan and other cities and it has always been customary to knock on the window and say to the driver you need to move your car. That courtesy was never made to me. Once again, I never left my car and the car was running. I would appreciate the town waive this ticket as I was never parked at any time. Thank you for understanding on this matter.

We came as a group of docents from the Whitney to a guided visit of the Philip Johnson Glass House originally planned from 1 to 3 pm. Once there, after boarding the bus, we realized that the docents had planned until 330 pm. It is not possible to go back and add more time to your parking. I had already planned 10 min past 3 pm. Because of some people who had planned to take the 3:26 train back to NY we came back earlier but not enough to avoid the ticket. What pushed me to write you is the time of my parking ending at 3:10 and the time of the fine being issued at 3:11 pm. No more than 1 min as a grace period seems a bit harsh.

—$20 for overtime parking on Elm Street

I am writing to appeal a parking violation which was left on my vehicle while parked illegally on Elm Street last week. I feel the citation was given to me in error as I was quite careful regarding the amount of time I parked. I even went so far as to rush the end of my meal at Chef Luis (and passed up several shops) in order to get back to my car before 2 hours had passed. I would be very grateful if this ticket could be dismissed.

—$20 for overtime parking on Elm Street

We are from Kentucky babysitting our sons children. Didn’t understand when we were to pay for parking. We thought we would pay after we were through with breakfast. It was confusing and I understood the rules. I guess I am pleading ignorance. Would appreciate your consideration.

I would like to appeal today’s ticket for the following reasons as supported by the attached three photos. Please note the sign closest to my car, approx. 4 feet away, indicates permissible parking for the ‘entire block’ with no restrictions. As noted in the CT motor vehicle driving manual in the second photo, drivers should check for ‘colored curb markings’ indicated and supported in photo #3 in the 2016 ‘Your Mechanic” article. The crosswalk cited on my ticket was not accurately marked and looked to be for decorative purposes only and not the official marking. As such, I believe this ticket should be dismissed.

—$75 for obstructing crosswalk on Elm Street.

I was in New Canaan on Wednesday, April 13, 2016. I had an appointment at Greenwich Pharmacy in the spa. I parked on the street where there were 90 minute spaces—I was in the spa for 2 hours—I had never been there before and was not aware of how long the treatment would be. I didn’t realize that passing the time limit would result in being ticketed, since there were no parking meters. I didn’t intentionally ignore the time limit. I live in Stratford and I am unfamiliar with the New Canaan area.

I am writing in hopes that my ticket can be excused. I park in this lot every single day I work, which is 5 days/ week. I work at [an Elm Street boutique] and normally an leave the store to replenish my meter. This particular day I could not get there in time, as I was assisting a customers. I rushed out as soon as I could but unfortunately missed the parking attendant by a minute or so.

I paid for space 138 but parked in space 139. I assume the Town of New Canaan is interested in 1. Getting money for spaces used and 2. Penalizing those who take spaces and do not pay. In this case, I paid and New Canaan received compensation for the space used.

At the outset I must confess that I incorrectly used the machines when paying for parking last week. I had added 50 cents for space 25 and then realized that this was not enough time. I tried to add an additional 50 cents but instead of it adding to the first ticket it created a second. I was not sure this would be seen the parking inspector—I guess not, so I have attached the ticket and the two receipts in the hope that you will understand the problem and cancel the ticket.