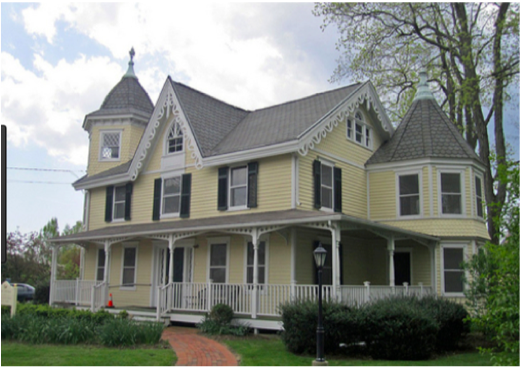 Selectman Kit Devereaux last week questioned just who in town government would be able to see proposals from those interested in purchasing a prominent town-owned building on Main Street.

The Board of Selectmen voted 2-1 last month to approve a request for proposals or ‘RFP’ for Vine Cottage, with Devereaux opposing the move and Selectman Nick Williams and First Selectman Kevin Moynihan in favor.

During the Board’s regular meeting July 9, Devereaux asked who would be able to see the RFP responses.

When Moynihan said it would probably be himself, Director of Public Works Tiger Mann, Buildings Superintendent Bill Oestmann, Devereaux asked, “What about us?” She referred to herself and Williams.

“There might be some benefit in us seeing the ones that come in, comparatively,” she said at the meeting, held in Town Hall.

Moynihan said he would consult with Town Attorney Ira Bloom. It isn’t clear whether the RFP responses would be public in any case. Williams and Moynihan both noted that some real estate discussions may be conducted in executive session, under the state’s Freedom of Information Act.

The fate of Vine Cottage, which has been owned by the town since 1997, has been debated by New Canaan residents and town officials for years. In early 2017, a proposal to renovate the building for a cost of $550,000 was rejected by the Town Council. It has subsequently been suggested by members of the community that the true cost of maintaining the building might be as low as $220,000. Last summer, Moynihan indicated that the building would likely be sold due to a lack of funding for it in the town’s five-year capital plan. Devereaux has pushed back on this move since November.

During the meeting, Devereaux asked whether the final draft of the RFP was different from what the Board had seen last month. Williams said that the RFP had been “revised to incorporate the federal guidelines in respect of preservation of historic properties.”

Moynihan, however, said that the Board had approved the final version at the June meeting. He said that the approved RFP included details of a binding preservation easement, which was based on the Connecticut Trust for Historic Preservation’s, rather than federal, guidelines.

The RFP includes a requirement that any successful purchaser of Vine Cottage “will be required to agree to a restrictive covenant for historic preservation.” According to the text of the RFP, the covenant will apply only to the exterior of the building, and will run in perpetuity.

Though Vine Cottage is currently occupied by the New Canaan Department of Human Services, the ground floor of the former Outback Teen Center is being renovated to provide them with a new home, leaving the turreted ca.-1859 building vacant.

Subsequent to the Board of Selectmen’s June approval of the RFP, the Historic District Commission met on June 27. During that meeting, the Commission discussed the possibility of extending the town’s historic district to incorporate Vine Cottage, according to the meeting minutes. This possibility is noted in the RFP, which states that “[t]he Town may take action to add Vine Cottage to the Town’s Historic District prior to the closing of the sale or ground lease.”

As to that suggestion, Moynihan said at Tuesday’s meeting that he was “agnostic …because this preservation easement is really more protective than the historic district regulations cover.”

Moynihan noted that an RFP does not bind the town to sell Vine Cottage, as it is only “a request for people to make offers to us.”

“It’s going to be about a negotiation as to what the wording of the easement would be,” he added.

4 thoughts on “‘What About Us?’: Devereaux Raises Questions About Vine Cottage Sale ”