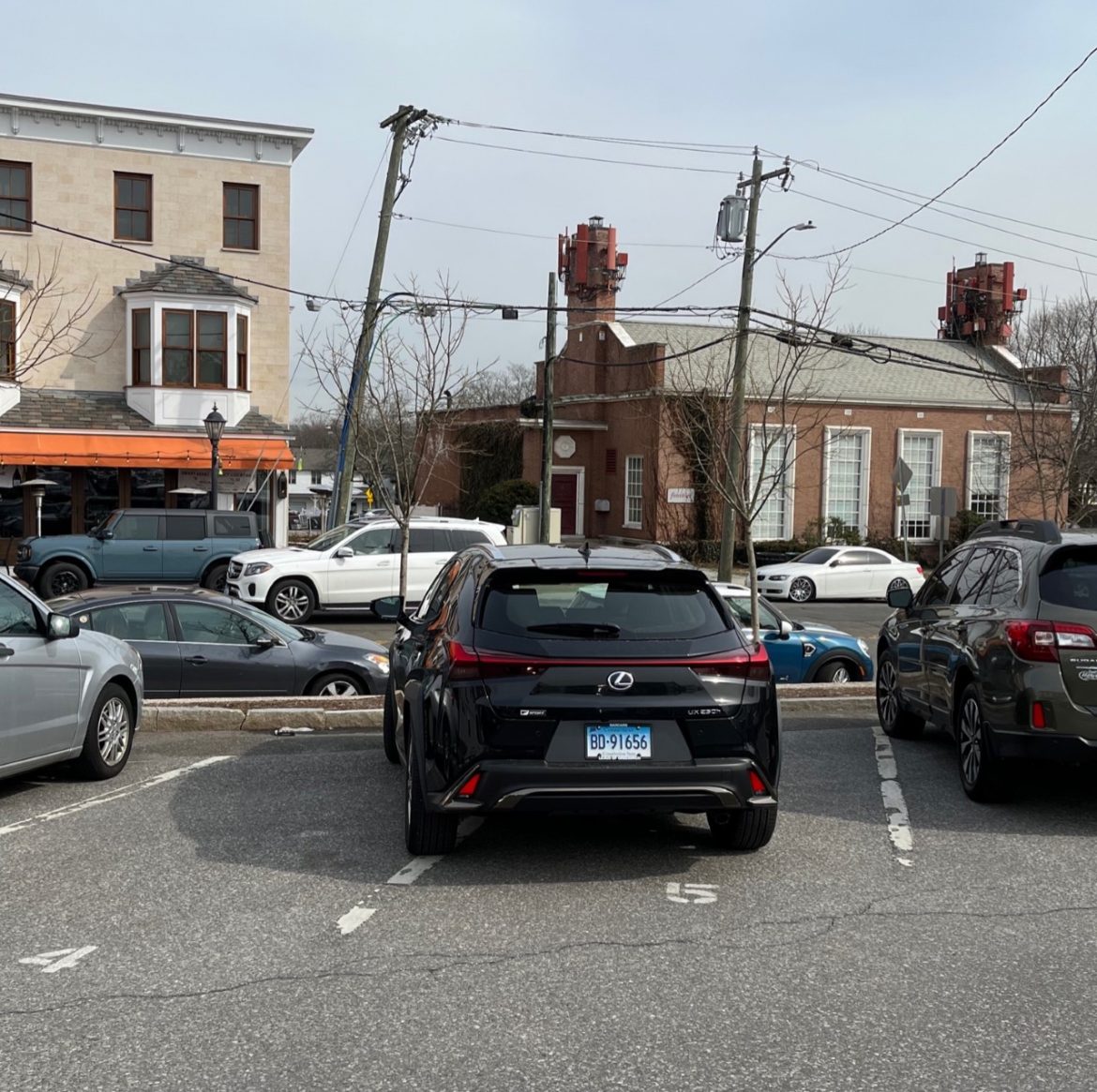 “Hello, I was stopped outside of Greenology in New Canaan while my partner ran in to grab an Uber order. I was there for less than 2 minutes before I was approached by an extremely rude woman with a horrible attitude pointing her phone camera at me. I rolled down my window and told her I was only stopped here for a minute, we had an order already called in that we were just picking up. She told me that I needed to move my car so I told her I would, at the same time my partner came out and got in the car. Just as I was pulling off to move she stopped me and said ‘actually you know what I’m gong to ticket you.’ At that point I asked her what had happened or why she had changed her mind and she continued to laugh and print the ticket. While printing the ticket she pulled a man to her to tell us how she was in the right, he hugged her and said she was a nice person and then walked off. This was extremely inappropriate behavior and I believe the ticket was given to me out of purely malicious intent and was not deserved, my car was stopped but it was on and I was sitting in it for less than two minutes before she approached and ticketed me, then resumed to get in Her car and disappear.”

Enforcement officer’s report: “I approached a black Nissan obstructing the travel lane after taking a picture of the situation. The drivers side window was pulled down. The female driver explained that someone had run into Greenology to pick up an order. I asked this individual to find a legal parking space. She did not attempt to relocate her vehicle. I told her if she wanted to avoid a parking ticket to please move her car into a legal parking space. She ignored my request which I said, ‘That’s it, you are getting a parking ticket.’ After the ticket was printed, a male individual approached the vehicle. By then I was already walking away from the area.”

“The parking lot across Spiga Restaurant (public parking) was occupied by a car show & Elm St. was closed to public traffic therefore I was told by a Police Officer to park in the spot I was ticketed. ‘Unfortunately’ myself and all Spiga staff was forced to stay working at the restaurant with no chance to go out until 11:00PM since we all were very busy. Nothing planned nor was not thinking about moving the vehicle (I just couldn’t) Therefore I am kindly asking to have a brake or pardon with this ticket. You can speak with one of the managers on duty that day that will confirm what was just explained.”

Police officer’s note: “Vehicle parked on east side of Main Street directly in front of hydrant.”

“Unfortunately, I had walked to Starbucks first before remembering to login and pay, in the 14 minutes a ticket was issued. I would appreciate anything that can be done to help me out. I do believe in the parking fees and appreciate the opportunity to use pay by phone, unfortunately this time it was too easy to delay from the parking to the paying.”

“Having driven since 1966, and having lived in Connecticut for the past 30 years, I am familiar with both ‘no parking’ and ‘no standing’ zones. My quick study of the state and New Canaan statutes do not make it clear what the definition of ‘parking’ is and if one can stand temporarily without parking or leaving the vehicle in a ‘no parking’ zone—in NYC one can stand in a no parking zone if inside the vehicle and not marked ‘no standing.’ I am attaching three of the photographs taken from inside my vehicle. If you think I clearly violated the law, please let me know and I will promptly pay the ticket.”

Enforcement officer’s report: “Was given 3 opportunities to move vehicle into a legal parking space. I stepped out of my vehicle and asked a fourth time (window was down). He ignored me again so a citation was issued.”

“I went to deliver a table to the restaurant, and I parked in front of the Handicapped Zone. It took me 5 minutes to deliver from the time I park to the time I left. There was no parking spots at the time to bring table down. I apologize for the inconvenience and it won’t happen again.”