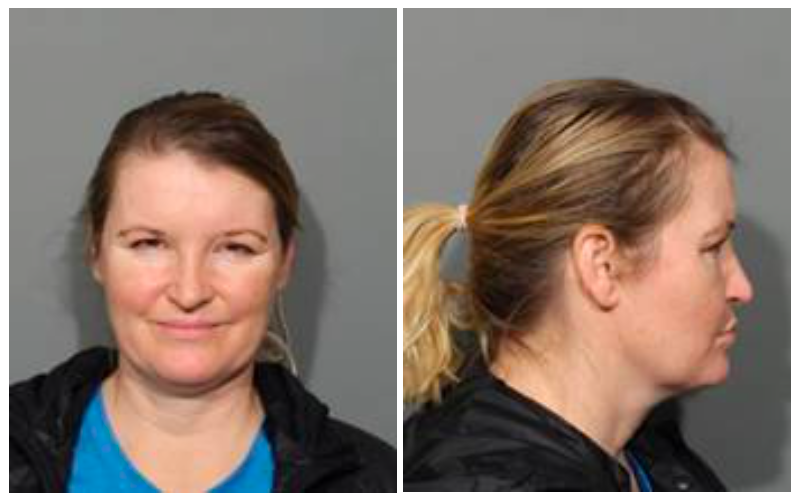 Catherine Palmer at the time of her arrest for Cruelty to Animals. Mugshot courtesy of the New Canaan Police Department

The 48-year-old woman that police say is responsible for the deaths of at least three puppies due to neglect on Sunday turned herself in on three counts of cruelty to animals.

Her arrest follows a months-long investigation by the New Canaan Police Department. According to an arrest warrant application by Officer Allyson Halm of the NCPD Animal Control section, Palmer operated an illegal pet store while keeping puppies and dogs in an unsanitary environment, lying to veterinarians about their health and denying the animals access to medical care.

“The puppies and adult dogs seized during this investigation are being well cared for and are thriving,” New Canaan Police Chief Leon Krolikowski said in a press release.

According to Halm’s affidavit (viewable here as a PDF), tenants in Palmer’s New Canaan house in August contacted police to report the abuse. During the police investigation and prior to obtaining a warrant for her arrest, three puppies in September died at the house, including two who during postmortem tests were found to have parvovirus, according to the affidavit.

Palmer is scheduled to appear Dec. 28 in state Superior Court.