A northern New Canaan family on Thursday made a gruesome discovery: A raccoon saddled with a “body-gripping” Conibear-brand trap lay drowned at the bottom of its swimming pool. The trap had not been set by the Hunters Creek Lane family and the raccoon’s front foot had been broken by it, according to Officer Allyson Halm of the New Canaan Police Department’s Animal Control section.

The town on Aug. 9 issued a permit for a New Canaan homeowner to demolish a greenhouse and bomb shelter on the property. Purchased in March, the 4-acre property at 734 Oenoke Ridge Road includes a 1770-built Colonial, tax records show. 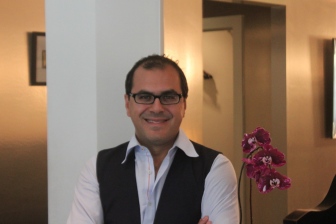 Jaafar Tazi at his eponymous salon in Greenwich. Contributed

Jaafar Tazi Salon will open next Tuesday at 80 Main St. 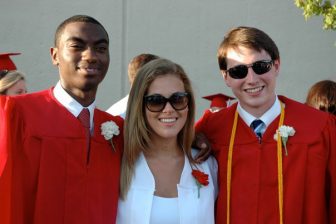 Pine Street Concessions’ terrific vendor Greens on the Go said on Instagram Thursday that it sold its 5,000th salad in New Canaan, and will mark the milestone by offering $10 salads and bowls all day Friday.

Animal Control officials say they had to issue a second infraction summons—this one by certified mail—to the owners of a Devonwood Lane Bernese Mountain Dog that’s made headlines this week, before the young animal’s owners registered him with the town, as per state law.

Town Council Vice Chairman Steve Karl made this observation about New Canaan by way of expressing his thanks to many during the legislative body’s regular meeting on Wednesday night: “The downtown looks great, folks are doing all the planting and the Pop Up Park looks amazing. I think town based on the fact that we have not had a super hot summer, it really is blooming and blossoming. It’s amazing how great our parks are being used, Waveny, the trails—I’ve walked the trails recently, they’re still working on them—but they really look great over there improvement in terms of the trails that run down the road there and they have done a tremendous amount of work. People will be coming back to town and saying, ‘Wow, look everything they’ve done.’ ”

The owners of Canaan Parish, a Section 8 apartment complex at Lakeview Avenue and Route 123, on Thursday filed with state Superior Court to evict a woman that hasn’t paid her $444 monthly rent since last month, according to the complaint. 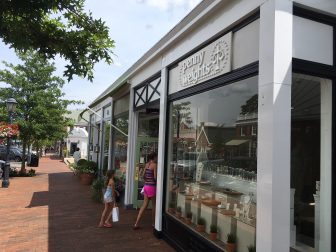 The owner of a duplex on Forest Street on Aug. 3 filed to evict tenants of the property for failing to pay rent starting in May, according to documents filed in state Superior Court. Started in April, the one-year lease called for monthly payments of $2,600, according to a Summary Process Complaint. 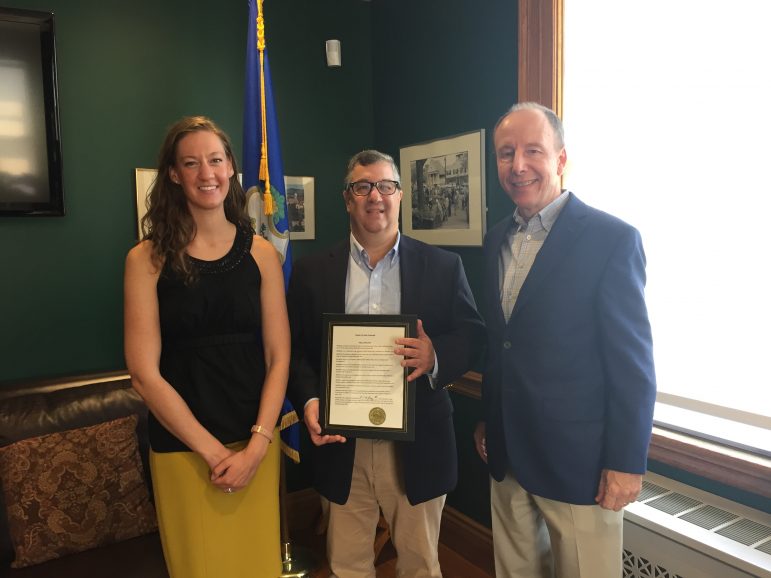 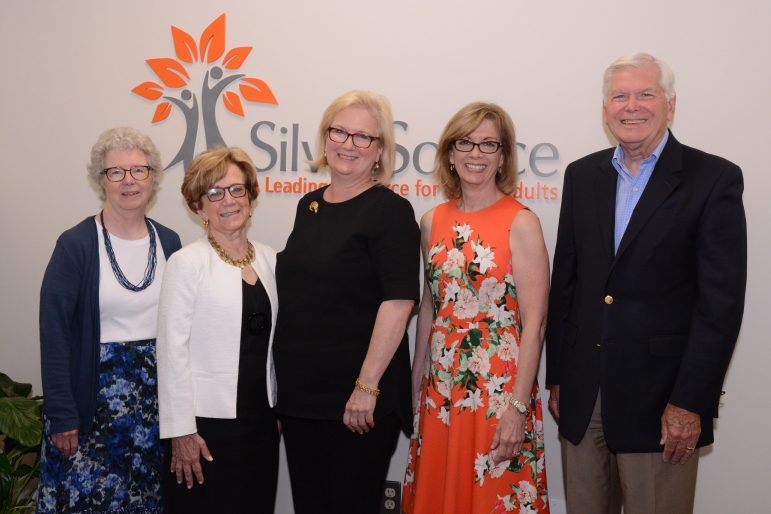 SilverSource Inc.– a leader in advocating for the needs of older adults and their families– announced the winners of the second annual SilverSource Awards yesterday. The awards will be presented October 17 during the 3rd Annual SilverSource Autumn Breakfast event, which will focus on investment and innovation in an aging world. The awards celebrate volunteers, individuals, organizations or businesses making a significant difference in the lives of Fairfield County’s older adults. Nominations were evaluated by a panel of judges comprised of community, business and thought leaders. The 2017 SilverSource Award winners are as follows: The SilverSource Community Service Volunteer Award, goes to James Lisher, for his outstanding work as a volunteer in our community. Jim helped to develop and install the iStep Telehealth program for the town of New Canaan, and the TIPS program in the city of Stamford. The program improves seniors’ health and wellness, as vital signs are collected, and activity levels are tracked via Fitbit. A tele-nurse reviews the data and provides feedback. Group meetings, an informative newsletter and one-on-one meetings all contribute to helping people become more engaged, and take charge of their own healthcare.

New Canaan Field Club Wins 2017 Junior Tennis Championship This summer, The New Canaan Field Club (NCFC) Junior Tennis team won the 2017 Fairfield County Junior Tennis League Division 1 Championship. The NCFC team was undefeated against teams from Darien and Stamford, beating Woodway 19-7, Stamford Yacht Club 14-12, Weeburn 21-5, Italian Center 23-3 and Tokeneke 23-3. NCFC is celebrating its 60th anniversary and Tennis Director Len Simard has been at the helm of the tennis program for 20 years. This is the 13th Championship win for the NCFC Juniors under his direction. The tennis program at NCFC performs at a high level while focusing on sportsmanship, tennis etiquette and enjoyment. Congratulations to the more than fifty team players who represented NCFC this season and to coach Eugene Dolgovykh. Special congratulations to this year's MVPs: Boys MVPs 10u- Tommy Fox (4-0) 12u- Charlie Vincent (5-0) 14u- Tad Carney (4-0), Ben Graham (4-1) 17u- Thomas King (2-0) Girls MVPs 10u- Camryn Lee (5-0) 12u- Elodie Koo (3-1), Lauryn Lee (3-2) 14u- Jordyn Lee (4-1) 17u- Claire Pittaro (4-0)

L-R: Dod March, Youth Programs Manager at Stepping Stones Museum for Children, Robert Townes, Director of Community Advocacy at Stepping Stones Museum, William Jeffries, Director of Strategic Initiatives at Stepping Stones, David Dineen, EVP, Head of Community Banking at Bankwell and Vittoria Maccaro, VP, Branch Manager at Bankwell in Norwalk. Bankwell donated $2,500 to the Stepping Stones Museum for Children in Norwalk to support their “Mutt-i-grees” program. Stepping Stones partners with the Norwalk PAWS animal shelter to teach the program’s curriculum throughout Connecticut, and Bankwell’s donation will make the program available to children from underserved backgrounds. With its important social-emotional learning lessons, the Mutt-i-grees curriculum strengthens children’s self- and social-awareness, relationship skills, and ability to make ethical decisions that benefit people, animals, and the environment. These and other social and emotional skills are important for children’s development and can also enhance academic achievement. Bankwell will also be a sponsor of an upcoming Mutt-i-grees Night on August 3, 2017. Bankwell is a community bank that serves the banking and lending needs of residents and businesses throughout Fairfield and New Haven counties. More about Bankwell and the Bankwell Pet Adoption Project can be found at mybankwell.com.

Bankwell Director of Retail Banking Ben Fetterman has announced three promotions at the bank’s New Canaan branches. Here's the first one: Will Acevedo has been named Assistant Vice President and Branch Manager of both the Elm and Cherry Street branches. Will has more than 10 years of experience in financial services including management, reporting and concierge services. In his role as Branch Manager, he will oversee both branches on a day to day basis while focusing on developing new relationships with residents and businesses in New Canaan. A Norwalk resident, Will earned a B.A. from the University of Connecticut as well as the Connecticut School of Finance & Management.

Bankwell's Flo Carbone has been promoted to Assistant Branch Manager of the Elm Street branch. A Stamford resident, Flo joined Bankwell in 2014 and has more than 18 years in banking. She was awarded Bankwell’s MVP Award in 2016 for her outstanding customer service and overall contribution to the Company. 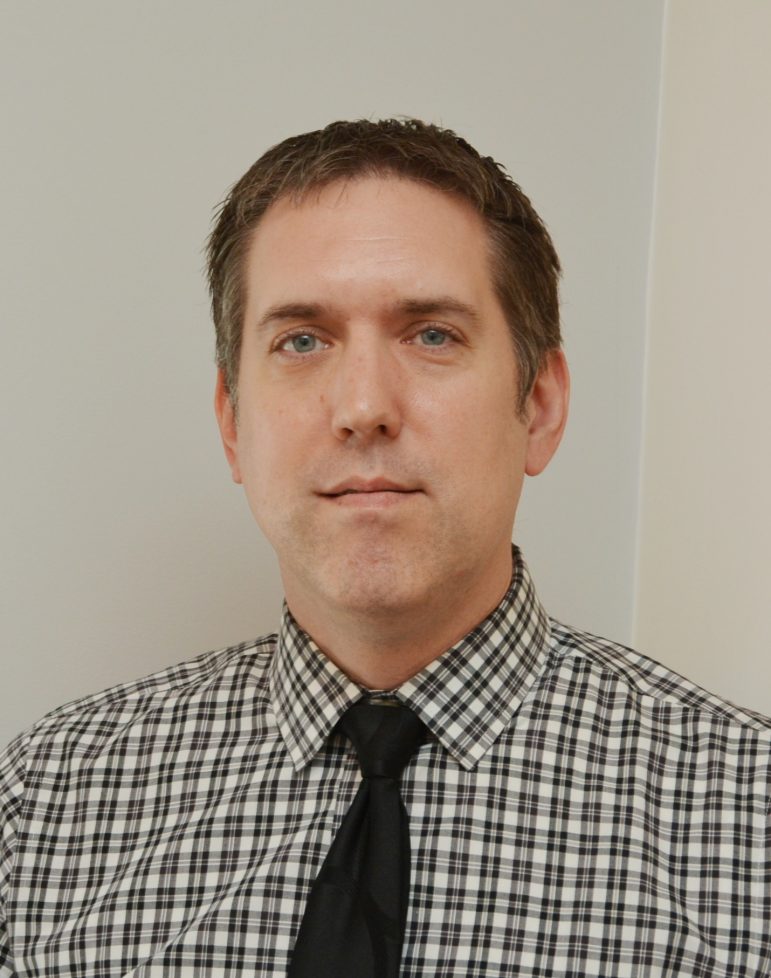 Peter Hermance has been named Assistant Branch Manager of Bankwell's Cherry Street branch. A graduate of the University of Massachusetts, Peter is a Stamford resident and has been in banking since 2009. Peter joined Bankwell earlier this year as a CSR. Bankwell is a community bank that serves the banking and lending needs of residents and businesses throughout Connecticut. More about Bankwell can be found at mybankwell.com.