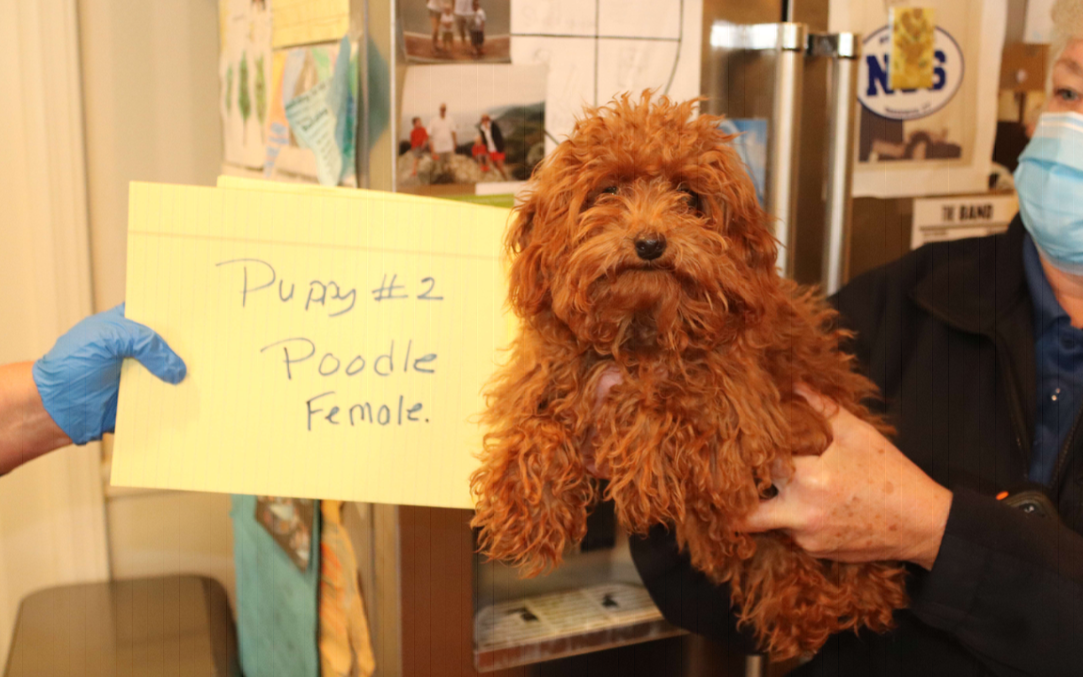 A woman seeking to evict tenants from a notorious Butler Lane house is now facing eviction from the residence herself, according to court documents filed last week.

Catherine Palmer at the time of her arrest for Cruelty to Animals. Mugshot courtesy of the New Canaan Police Department

Catherine Palmer, known to New Canaanites following her arrest and conviction on three counts of animal cruelty after three puppies died at 151 Butler Lane two years ago, had filed in April to evict two tenants from the residence.

In response, the tenants said the eviction is retaliatory and that Catherine Palmer is not the owner of title to the property and doesn’t have the right to rent it out or evict those who live there. (A trial in that matter is scheduled to start Thursday, court documents show.)

On Aug. 1 her ex-husband, listed in a complaint as the rightful owner of the property filed in state Superior Court to evict Catherine Palmer.

Mark Palmer, identified as plaintiff and “conservator for the estate and person of Beverly Jane Piotrowski, has “terminated the defendant’s right or privilege to occupy the premises,” according to a complaint filed on his behalf by Norwalk lawyer Bonnie Lee Macdonald.

“On or about May 9, 2022 and July 26, 2022 the Plaintiff served on the Defendant through her counsel a letter informing her that her that she must quit the premises by July 27 as required by her Divorce agreement,” the complaint said. (Mark Palmer filed for divorce in 2014, court records show. A judgment for uncontested dissolution of marriage was ordered in 2015, though the case has continued via post-judgment motions, the records show.)

According to municipal tax records, the 1975-built, 3,000-square-foot Colonial on Butler Lane is owned by Beverly Jane Piotrowski as trustee.

Police have been called to the house multiple times this summer regarding disputes between a landlord and tenant there.

Amid the animal cruelty case, 12 dogs were seized from the house and eventually the town itself was granted custody. The surviving animals have been adopted out and are thriving in new homes.