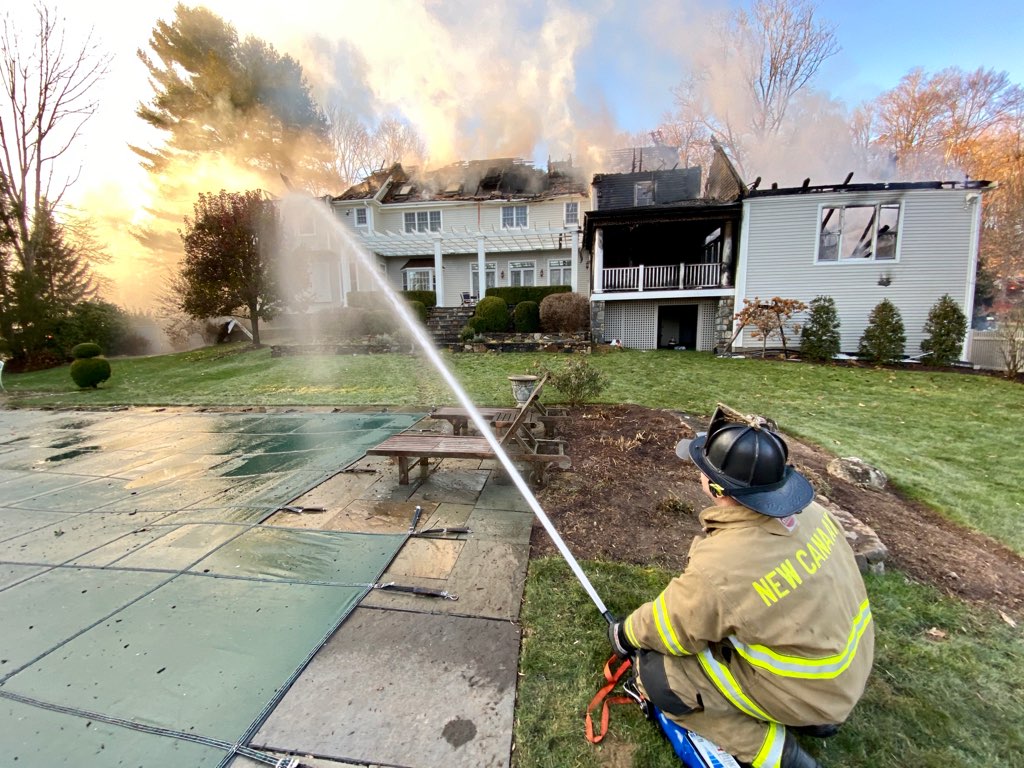 Town officials say they’re working on a plan to install a pipe system that will allow firefighters to more readily withdraw water from a pond located near the intersection of Dan’s Highway and West Road.

Fire Marshal Paul Payne said during the Fire Commission’s Jan. 12 meeting that he and Chief Jack Hennessey are working with a contractor regarding the possible installation of a dry hydrant in Lockwood Pond.

Commission Chair Jack Horner asked during the meeting whether that was the pond that New Canaan firefighters drafted from in fighting a structure fire in November 2019.

“I had heard we had an easement on one of the properties up there and so I researched the deeds and indeed we do have an easement for a dry hydrant on one of the properties up there,” Payne said during the meeting, held via videoconference. “The easement was granted 1977. I don’t know if it was investigated and it may not be feasible, but we are going to look into it without spending any money and try to get some numbers together. Hopefully we can make it work.”

The discussion arose during an update from the fire marshal.

A Nov. 16, 2019 structure fire at 322 Dan’s Highway rendered the home there uninhabitable and led to a call or the town to invest more in the installation and maintenance of dry hydrants.

Fire safety officials have said in the past that New Canaan ideally would have one water source ever 2,000 feet between houses, though insurance generally only recognizes and credits policy-holders when homes are within 1,000 feet of a reliable water supply. For the Dan’s Highway fire, there were no hydrants in the area, and about 4,700 feet of supply hose also was needed to fight it.