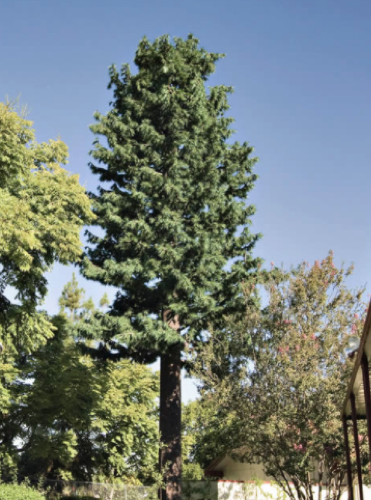 First Selectman Kevin Moynihan said Thursday that residents should expect a development this month regarding improved cell coverage in the northeast part of New Canaan.

A Soundview Lane resident’s plan to use his uniquely situated property to bolster service in the area has been on hold for nearly one year, as no lease agreement with a cell service carrier has materialized—a necessary step for the proposal to come before state officials.

Moynihan during a press briefing in his office said, “There are things happening there,” with respect to the Soundview Lane proposal.

“There should be news by Thanksgiving on that front,” Moynihan said, declining to provide more details.

The first selectman did say he’s met with cell service carriers and that he envisions improving service in the northeastern part of town first, then in northwestern New Canaan through a proposed tower near the reservoir property of off Ponus Ridge, and finally in downtown New Canaan.

Reached by NewCanaanite.com, Richey said he wasn’t aware of what Moynihan was referring to specifically, but that his understanding is that carriers generally make their capital decisions around this time of year.

“In that sense, this is not a surprise to hear of something happening, but I have not been notified that a carrier has signed our Lease Option Agreement,” Richey said in an email. “As you know, we signed a LOA with Homeland Towers last December and have been waiting for a carrier to sign on in order for a cell tower application to be filed with the Connecticut Siting Council.”

As Richey wrote in an Op-Ed published earlier this year on NewCanaanite.com, under an  agreement signed with a cell tower provider, a pole with a maximum of 85 feet could be constructed amid a cluster of trees on his high-elevation, 4-plus-acre property, located at the end of a cul-de-sac abutting the St. Lukes School parcel. The tower would “achieve complete concealment and natural appearance,” Richey has said, and “would dramatically improve cell service in the area.”

The need to do so came into sharp focus last weekend, when a woman took to her car to flee an electrical fire in her house in northeastern New Canaan to find emergency responders, after the power in her home had gone out and she had no cell service.

“It is a public safety issue and I am going to continue to do whatever it takes to improve cell service,” Moynihan said during the briefing.

Once a carrier signs up with Richey, he said in the Op-Ed, “then the town will have the opportunity for input.”

“After the input period, a cell tower site application may be made to the Connecticut Siting Council. The CSC has complete control of cell towers in Connecticut and established this process.”

Some of Richey’s neighbors earlier this year raised concerns about the proposed Soundview Lane tower. In the wake of Richey’s proposal, the local Planning & Zoning Commission also discussed ways to influence similar applications.