Lt. James George retired after his shift Tuesday night, marking the end of a 54-year career with the New Canaan Police Department. 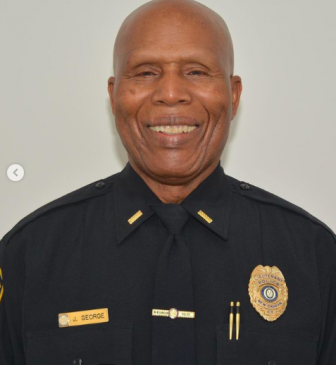 “I love you all,” George said from the radio mic in his patrol car while signing off for the final time, in a moment captured on video and posted to the NCPD Instagram account (embedded above).

“After working at the New Canaan Police Department for 54 years, this is my last time signing off,” George said. “It has truly been an honor serving as a lieutenant under your leadership. However, I would be remiss if I did not mention two of my colleagues before signing off. Sgt. [John] Milligan, thank you for being my right hand, go-to sergeant for the relief shift. You are the best. Officer Rex Sprosta, thank you for being the rock, the glue on the relief shift. You are the best. I wish all of you good health and happiness in the future.” 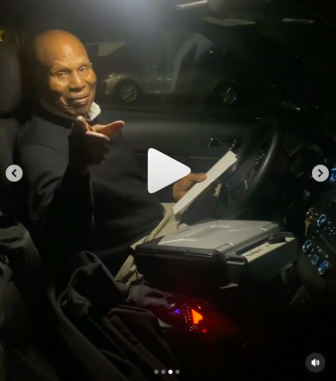 George’s retirement marks the end of an era at NCPD, following the retirement in 2020 of Lt. Bill Ferri after 52 years on the force.

Officer Annamaria Ceci could be heard honoring George from dispatch on the police radio: “Today it is my great honor and sincere pleasure to announce that as of 22:41 hours today December 28, 2021, Lt. James George will be signing off for the final time. Lt. George started with the New Canaan Police Department on October 30th, 1967 as a patrol officer and worked his way up to his final role as a lieutenant. He is an officer so many strive to be and one many look up to and admire. He has done not only so much for this department but for the town of New Canaan and all of the members of this community. Lt. George, we are all so proud of your achievements over your 54 years of dedicated service. Congratulations on your retirement. Good luck, we love you and you will be missed. Have a happy retirement, my friend.”

Officers Rex Sprosta and Sebastian Obando filmed the sign-off and congratulated George at the end.

“There it is L-T,” they could be heard saying.

3 thoughts on “‘It Has Truly Been an Honor’: Lt. James George Retires from New Canaan Police After 54 Years”