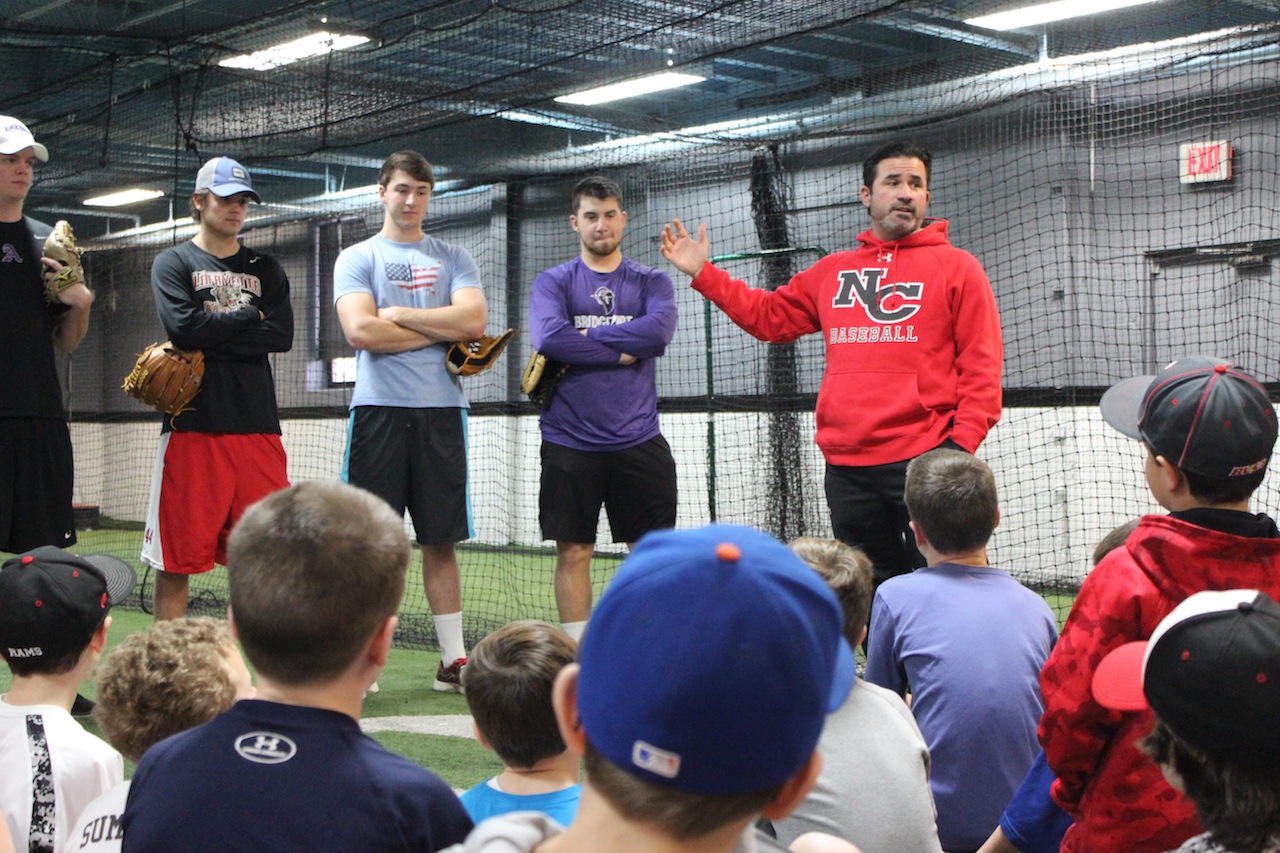 Many high school coaches would consider winning a state championship the ultimate goal, a culmination of hard work, development and sacrifice. But for New Canaan baseball coach Mitch Hoffman, winning the 2013 Class L baseball title was only the first building block of a program that is becoming one of the best in Connecticut, both in terms of winning games and helping players move on to the next level—college baseball—and maybe even beyond to the pros. 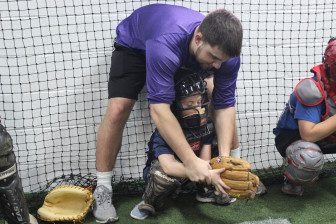 “It’s all about the program,” Hoffman told NewCanaanite.com. “We’ve got my son, who is the youngest age here, all the way up to Curt. We have high school kids here working who are playing for us right now. We have college kids—one drove down from a winter class two hours away because he knows how much it means to be part of the program, and what the program has done for him. This speaks volumes.” 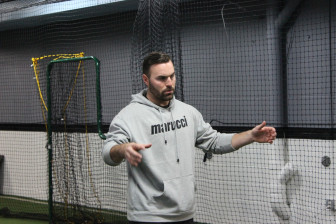 Also speaking volumes was the up-close-and-personal experience of having a real, live MLB player from New Canaan helping out at the camp. Casali understands the impact that a hands-on opportunity such as Tuesday’s clinic can have on individual little leaguers, helping them get hooked on a sport that for many years played second-fiddle to other programs in town.

“I think it’s really great for the program,” Casali said. “When I was growing up we didn’t have as structured assistance like we do now that’s really encouraging kids to play baseball from a young age and getting to see college baseball players and myself being a professional. It’s something that’s attainable for them. It used to be that lacrosse and soccer and hockey were the ways to go, even football, which is a dynasty here. But I’m happy with the turnout today and hopefully it can continue in the future.” 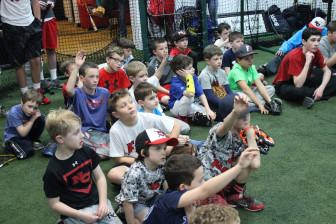 The two-hour instructional clinic was followed by Q&A session where Casali faced some hard-hitting questions from the younger players, such as “who was the hardest pitcher you faced in the majors?” (“Max Scherzer”), “what’s it going to be like to face Aroldis Chapman now that he’s on the Yankees?” (“fun”) and “what was it like to go to Vanderbilt?” (“it taught me that I could do some amazing things with hard work”). Casali also shared his feelings on what it’s like to be living his dream of being a major leaguer. 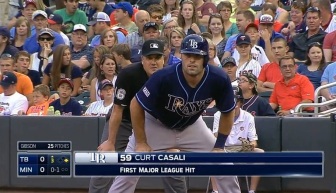 Casali got a hit in his 1st MLB at bat. Credit: Contributed

“It is everything that I imagined it would be, and then some,” Casali said. “I had this really vivid picture in my mind when I was growing up of what it would be like to be a major league baseball player. I followed Chipper Jones, he was my favorite baseball player when I was growing up. I followed Derek Jeter very closely too, and then last year to be able to catch when he was in the batter’s box…he said ‘welcome Curt, congratulations.’ First thing he ever said to me. It was the most amazing moment for me. Playing in Yankee Stadium, where I had seen games growing up—it’s indescribable.”

“For Curt, he’s living everybody’s dream,” Hoffman said. “I don’t think there is one person in this place who doesn’t have the dream that he has attained. But they also understand that the dream could be college. That’s what we want to do, get them in the right place so that they can become successful people.” 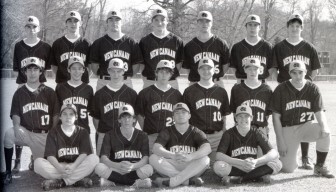 The 2006 NCHS Varsity baseball team. Curt Casali is in the top row, third from the left. Photo: Contributed

After starring at New Canaan High School and winning an FCIAC title under legendary New Canaan coach Mark ‘2-5-0’ Rearick, then going on to play baseball at Vanderbilt University, Casali was selected by the Detroit Tigers in the 10th Round of the 2011 MLB Draft. After being traded to Tampa Bay in 2013 while still in the minors, Casali made his big league debut in 2014 with the Rays and collected a base hit in his first at major league at bat.

“It is surreal to think about it,” Casali said. “I know it’s a cliché word, but it really feels like an out-of-body experience. I close my eyes for a second and I realize I’m in the batters box in a major league stadium—it’s incredible, it really is.” 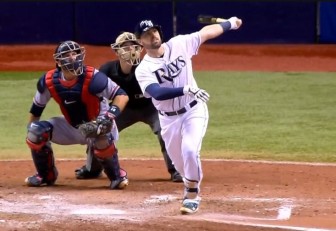 The 2007 NCHS grad had an expanded role with the Rays in 2015 after a June promotion from Triple-A Durham, where he had started the season. Casali’s play both at the plate and behind it eventually earned him the Rays’ starting catcher job. Casali hit .238 with 10 home runs and 18 RBI in 38 games. His season was cut short after straining his hamstring in late August running out a home run. And although the injury was a disappointing way to finish the year, Casali’s 2015 season will best be remembered for two very special nights in July, when he was at the top of the baseball world by hitting two home runs in back-to-back games against his former club, the Detroit Tigers. 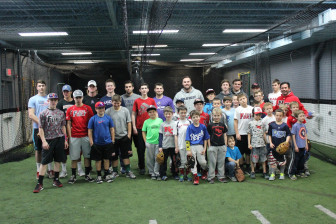 “That was another out-of-body experience and I really didn’t know what was going on,” Casali said. “I was rounding the bases for the fourth time, and I was like ‘did I really just do that?’, and off of one of my best friends too [David Price]. It was cool to have a moment like that to say that I did that, it was me, and a lot of hard work contributed to the success of those two nights. It was against my former team that traded me away which was even cooler. I’m hoping that it wasn’t the last time that’s going to happen, that I have many more of those nights.”