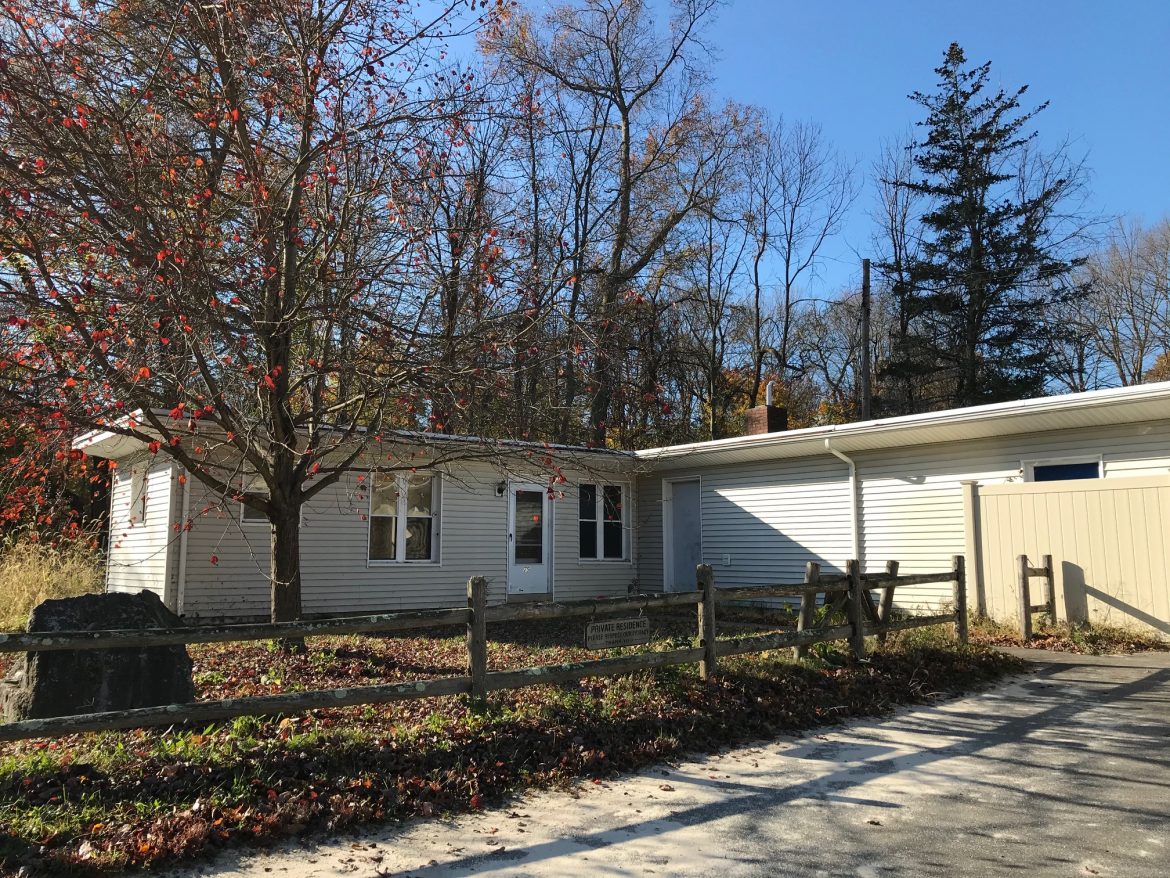 First Selectman Kevin Moynihan said Tuesday that a town-owned structure in Kiwanis Park could be converted for about $50,000 into a shelter for housing stray and neglected domestic animals.

Moynihan said he and members of the Parks & Recreation Commission are “investigating” whether a vacant house in the Old Norwalk Road park could be used for a New Canaan Police Department Animal Control shelter.

He told fellow members of the Board of Selectmen that the elected body should decide on a use for the vinyl-sided single-story building as it starts the budget for next fiscal year.

The New Canaan YMCA used the house as a base of operations for its summer camp in Kiwanis in 2020, “and we are also in discussions with the Y about possibly having a public-private partnership with respect to the operation fo Kiwanis during the summer,” Moynihan said during a regular Board meeting, held via videoconference.

“We have to make a decision as to whether or not we need to make a change before we commit the Kiwanis house to the YMCA for their summer use, which would be an 8-week to 10-week use in the summertime,” Moynihan said. “It’s a house that could be converted into an animal shelter with the benefit of having an outdoor run, which makes sense.”

The comments came during the selectmen’s discussion of general matters before the town.

The topic was raised by Selectman Nick Williams, who more than one year ago voiced concerns about the condition of the current animal shelter—located in a non-insulated former incinerator building at the dump—and has been at odds with Moynihan on the issue. Williams asked CFO Lunda Asmani where his research stood on what needed to happen to establish a tax-deductible fund for residents to donate to for a future animal shelter project, “whether we leave it in place and refurbish it, or whether we move it or whatever.”

“It’s a very simple question, to me: How can people donate money they want to donate?” Williams said.

Williams is a dog owner.

Moynihan, who last month tried to distance himself from the animal shelter issue, said only the Town Council can approve a capital project.

The house at Kiwanis was at the center of a flurry of legal activity in September of 2019.

Officials have said in the past that the two-bedroom apartment located in it was being rented by a Parks Department employee paying $800 per month to the town, and who also paid utilities, as per a lease that dates to 2012. A legal bill issued Sept. 9, 2019 by Berchem Moses PC, the town’s counsel, notes multiple phone calls and “interoffice conferences” with Public Works and Human Resources officials, as well as the first selectman, regarding the “Kiwanis Park Residence,” as well as “legal research and analysis” and a review of “questions regarding tenants rights and asbestos.” (Town officials denied NewCanaanite.com‘s public records request at the time for associated documentation, claiming attorney-client privilege.)

The discussion about a new use for the house at Kiwanis is the latest in a series of changes under consideration for the 13.8-acre park.

As the pandemic set in last summer and state officials issued guidance for the restricted use of public facilities, the Town Council narrowly approved a new lease agreement with the Y (Moynihan broke a 6-6 tie within the legislative body). At a June 17 public hearing, residents challenged plans to grant the Y exclusive access to the park, citing the property’s deed as well as the lease amount. Though town officials cited coronavirus disease, efforts to offload Kiwanis through a public-private partnership with the Y had already been underway—they have been in the works for more than one year, predating the onset of COVID-19 here.

In November 2019, Moynihan took steps to ready the park for a change in use, ridding the town-owned home there of its tenants as the Board of Selectmen deleted Kiwanis from a food concession lease. As the budget season got underway, Moynihan declared Kiwanis “an expendable area” of town spending. He tried to eliminate nearly all funding for Kiwanis, and after fellow members of the Board of Selectmen restored it so that recreation officials have a chance to reinvigorate the park under a reduced-hours schedule, Moynihan suggested the playground at Kiwanis be moved to Waveny Pool. It wasn’t, though the future of Kiwanis Park is unclear. Parks & Rec hasn’t yet made a formal recommendation on it, though some members of the Commission, such as Jack Hawkins, have argued during the appointed group’s meetings on behalf of Moynihan’s plan. Other members of the Commission, including Chair Rona Siegel, have noted that the onset of COVID-19 prevented Recreation officials from having a chance to implement a reinvigoration plan this past summer.