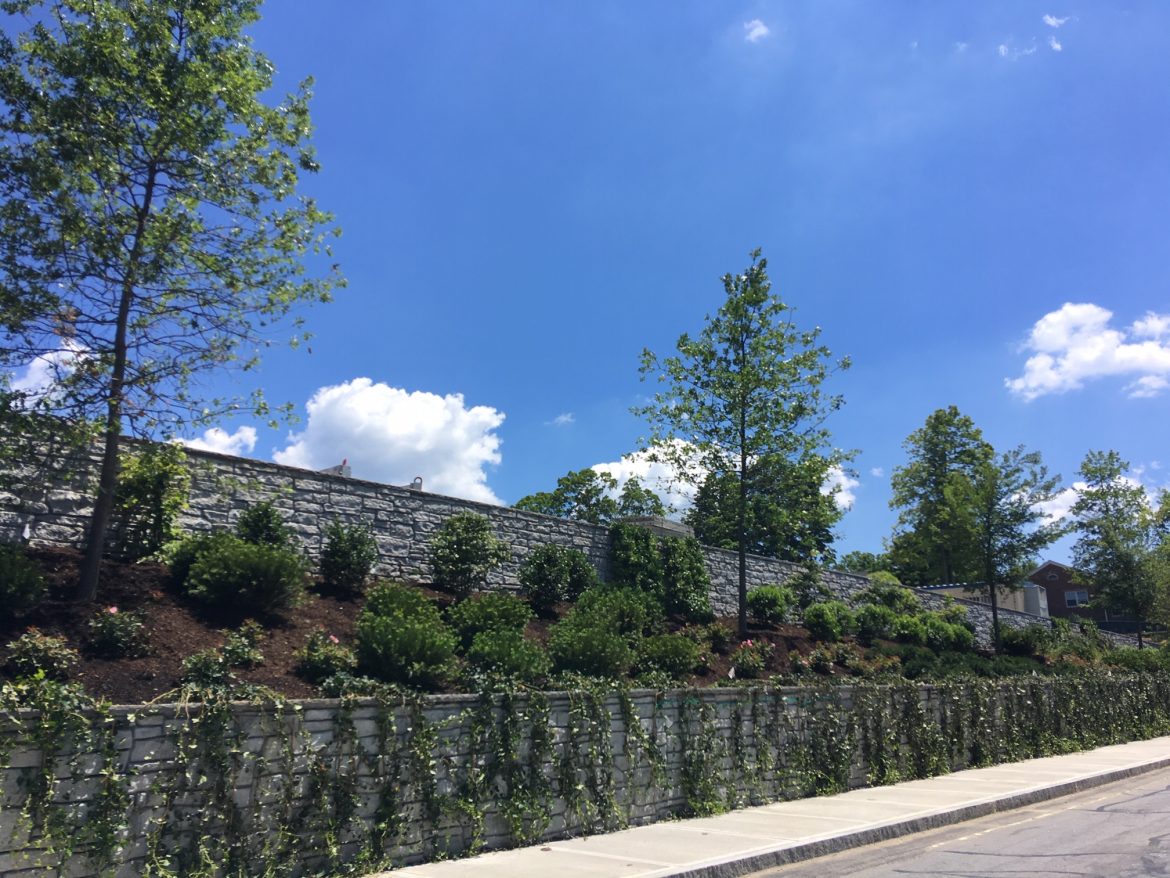 In the three days since long-planned plants, ivies, shrubs and trees have materialized—hiding the retaining walls as well as breaking them up and distracting from their poured concrete appearance—the developers of the 110-unit condominium-and-apartment complex say they’ve seen a dramatic shift in tone. 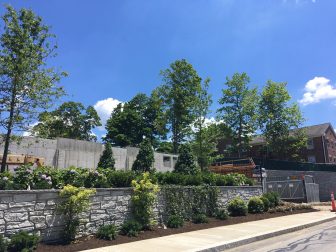 “The sun is shining, people have three meals a day and everybody has housing,” Arnold Karp of Karp Associates, developer of Merritt Village, told NewCanaanite.com when asked about reactions to the newly landscaped area.

“It amazes me now much people have commented and that they actually feel free to comment on something on our project,” he added. “It is absolutely amazing to me.”

They’ve been commenting since last fall, when the first retaining wall appeared along Park Street. Since then, with some exceptions, criticism of the retaining walls has centered on their massing and the faux stone wall finish. Karp soon appeared before both the Town Council and Planning & Zoning Commision to address the perception, calling for more time. In subsequent meetings, P&Z went so far as to explore whether it could withhold permits, saying the builder wasn’t building what was approved—a charge he denied.

Finally, in March, P&Z and Karp reached an accord on a more robust landscaping plan for the retaining walls, and the builder also outlined a plan for staining their surface in order to induce moss.

The one question that has come up in recent days, Karp said, is that some passersby are confusing the English ivy now cascading over a retaining wall that runs along a new sidewalk for poison ivy.

P&Z had approved the Merritt Village project in November 2016, on dozens of conditions. Originally to be built with more than 200 units, an application for the project came into Town Hall with a plan for 190 units, and that eventually came down to 110.

Asked for a status update, Karp said that to this point much of the work has involved excavation for an underground parking garage and infrastructure. The buildings themselves will start to go up in September, with the first one to be framed out located deepest into the lot, followed by a second building closest to Maple Street, and a building behind the Park Street retaining walls last.

[Comments have been disabled for this article.]