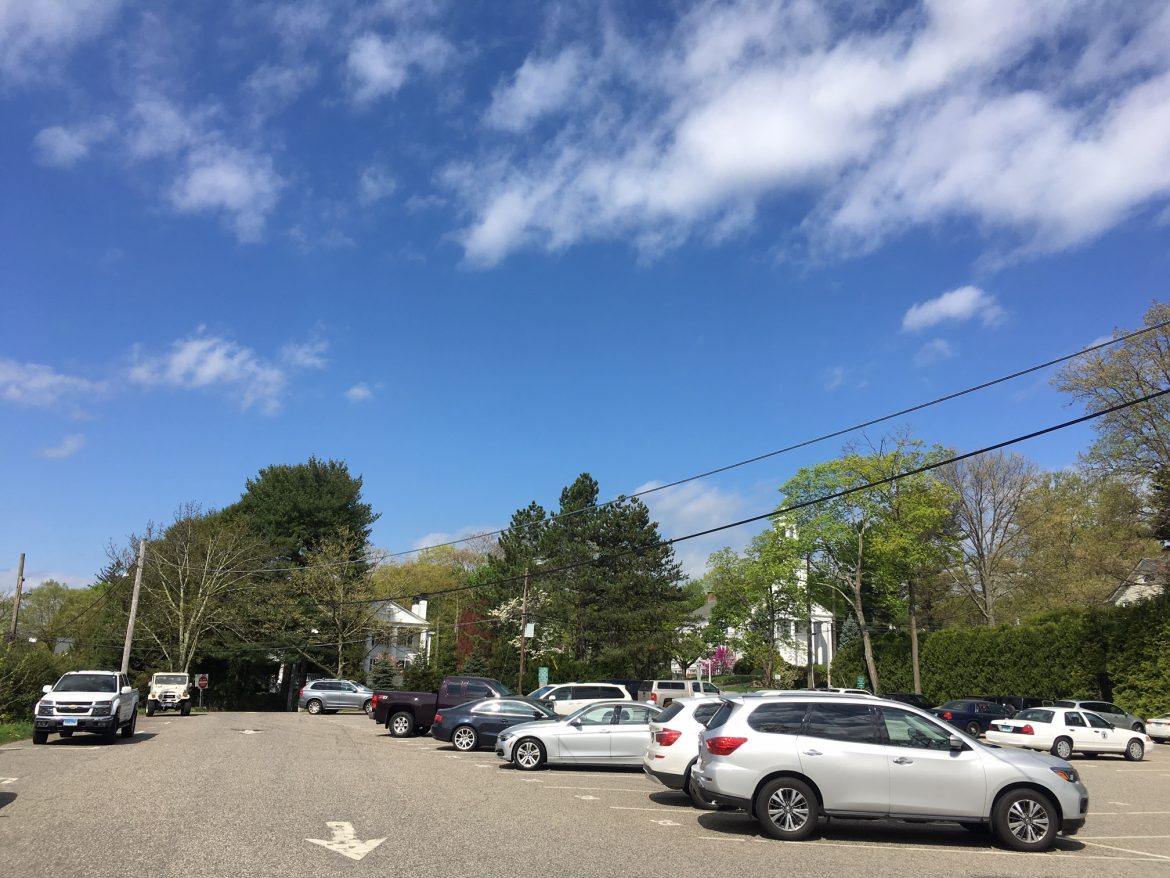 It happened along the right here, in the Park Street lot in New Canaan. Credit: Michael Dinan

Should municipal parking lots in downtown New Canaan be free to all?

The idea of eliminating metered parking in the downtown was discussed briefly during Thursday’s meeting of the Parking Commission at Town Hall.

Richey said a rough breakdown of the revenue between the commercial and commuter lots reveals that it would be a loss of about $200,000 in revenue for the town.

“So, it wasn’t as bad as some people thought, because you’re still getting the commuter revenue,” he said, adding that revenue generated from infractions would probably be comparable to what it is currently.

“Because people will overstay… your ticket value may be unchanged,” Richey said.

Parking Manager Stacy Miltenberg said the town took in about $300,000 so far this year in revenue from parking infractions.

First Selectman Kevin Moynihan, a guest at the meeting, cautioned that the idea of having free parking is “just an idea” for now.

“There’s no proposal yet,” he said. “[Selectman] Nick [Williams] kind of jumped the gun when he talked about this idea [at a Board of Selectmen meeting in early October].”

“What we’re planning to do is hire a parking consultant to study the idea and see how it will work,” Moynihan said. “But it works in Westport.”

Parking Commissioner Pam Crum said one of her concerns is that employees will take advantage of the free parking and “simply move their cars around” every two or three hours in order to avoid getting tickets.

“So you’re not really accomplishing what you intended to do, which is have customers use those spots,” she said.

“I think it is a worthy idea,” Richey said. “If we can afford the cash, then I like the idea.”

For now it is unclear what the impact would be on enforcement and staffing at the Parking Bureau if meters are eliminated.