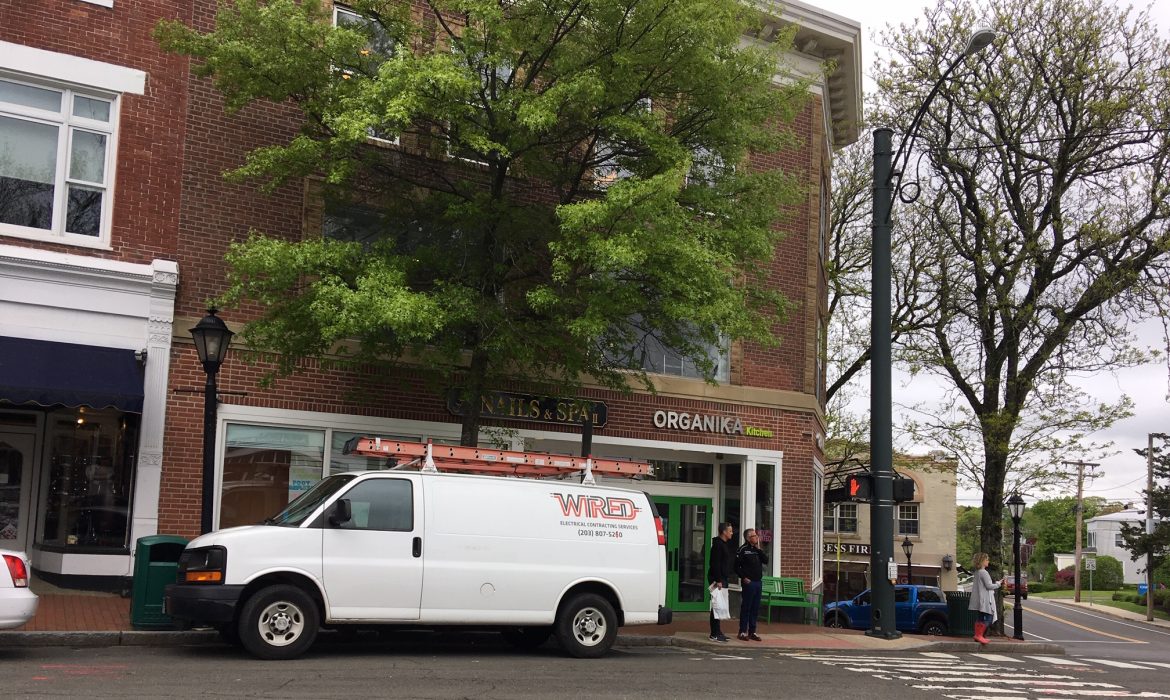 Saying the change will ease traffic and send a clearer message to non-commercial drivers, officials are recommending that an area on Main Street that serves as a loading zone for half of the day become a full-day loading zone.

In addition to extending the time of the loading zone at Main Street and East Avenue, members of the Parking Commission are recommending that the area out front of Organika be striped as a clear signal to motorists, who often are ticketed there.

The proposal originated with the Parking Bureau and was supported by a 3-2 vote on the Commission at the appointed body’s May 2 meeting.

As it is now, because the loading zone operates from 7 to 11 a.m. and then coverts to regular two-hour parking, the town can’t indicate beyond signage—for example, by painting the curb or street—that it’s a designated area for trucks, commissioners said. But if the loading zone extends to 3 p.m., more can be done to make it clearer to motorists that they can’t park there during the day.

In the afternoon, because the loading zone is not in effect and regular cars park there, “the trucks get there, they are blocking in the cars, they are parking on East Avenue and blocking the traffic going down East Avenue,” Parking Manager Stacy Miltenberg told commissioners at the meeting, held in Town Hall.

“If we were to make that all day long, the trucks would have more of a chance, and even if the trucks double-park at least it’s trucks, it’s not people trying to get out, then we can actually ask them [public works officials] to paint it and mark it,” Miltenberg said.

Ogilvie said he objected to extending the loading zone time because it would remove spaces from an area of Main Street that’s lined with businesses that already do not have adequate on-street parking.

Miltenberg noted that some businesses on Main Street have requested that the loading zone be removed altogether, citing the removal of a loading zone that used to sit on the other side of Main, in front of Town Hall. Commissioners said that loading zone, which had been located near the former Thali or “bank building,” was removed by the Police Commission with support from the Bureau because truck drivers hadn’t been using it.

Hering said his vote in favor of extending the loading zone was contingent on striping the street dragonfly there and marking the area as a loading zone once the change is made.

The Police Commission is scheduled to take up the matter at its regular meeting, to be held at 6 p.m. Wednesday at police headquarters.