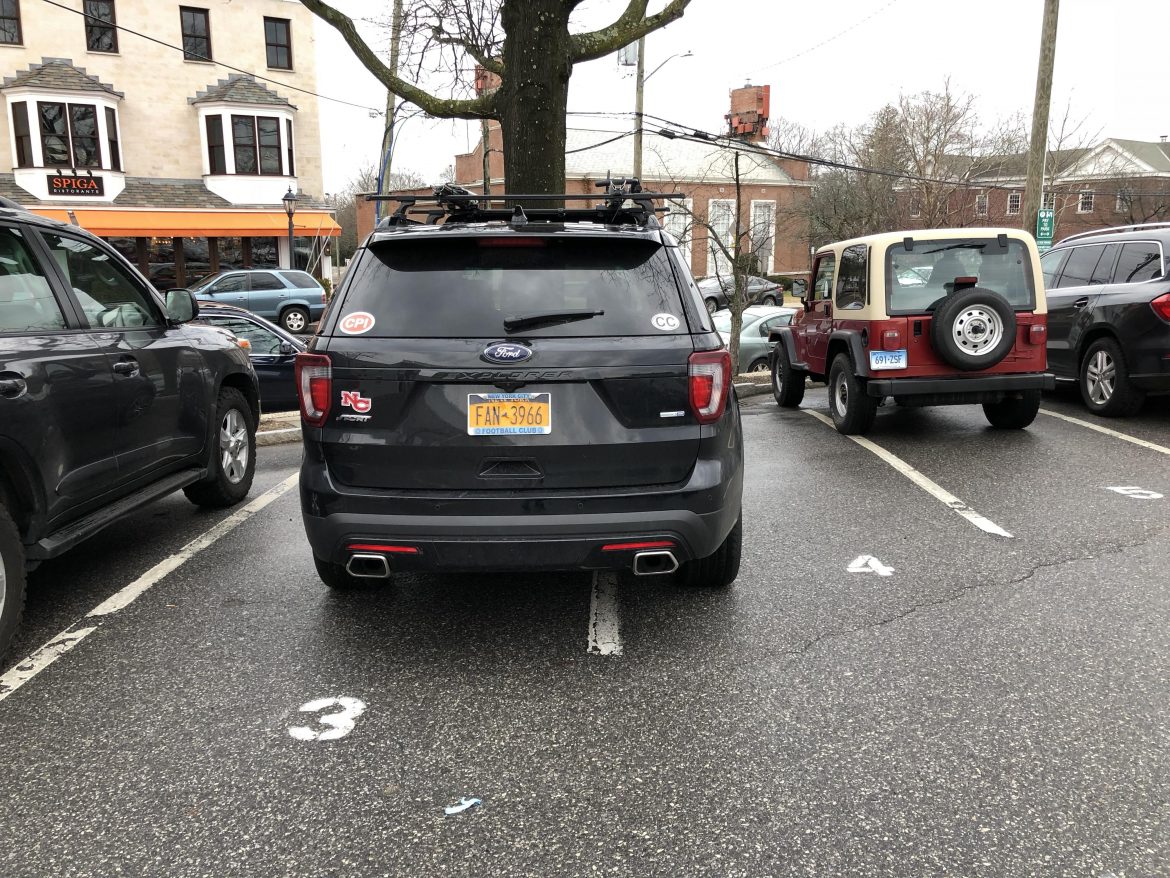 The Parking Commission voted last week to recommend re-striping in two municipal parking lots so that the width of stalls is in line with New Canaan’s own zoning regulations.

The appointed body’s 4-1 vote recommends widening spaces at Morse Court and one area of the Playhouse Lot to nine feet.

“I have been stuck three times in there where I have been wedged between two vehicles,” she said at the meeting, held in Town Hall. “I’ve had to wait until cars showed up. One time I climbed from the passenger said—barely snuck in the passenger side, and crawled over the center console to the driver’s side.”

In addition to Crum, those voting in favor of the recommendation included Chair Keith Richey and Commissioners Peter Ogilvie and Chris Hering.

The change likely would result in the loss of about eight parking spaces, commissioners said.

“I don’t feel I have enough information about the impact, especially in Morse Court, we sell permits back there,” Budd said, referring to a recently launched annual parking permit for the Morse Court and Park Street Lots that’s designed to serve downtown workers who sometimes take up free spots on Main and Elm designed for shoppers and diners.

“So I just don’t feel like I have enough information to vote for it—I totally understand it,” Budd said.

The Commission’s recommendation likely will now go to the Board of Selectmen.

It follows a Nov. 14 formal complaint from a town resident regarding the 9-foot minimum. Under the New Canaan Zoning Regulations, the curb length of an off-street parking space squared up 90 degrees to a curb must be nine feet (page 130 here).

According to Richey, though the parking spaces in question currently are undersized, “the town has a rule that basically says whenever we line a parking lot, those lines are grandfathered if they are in compliance when they’re first done.”

“Because otherwise you could line a parking lot and the very next day you would have to change and re-line,” he said.

Richey said he and Hering had met in the morning with Public Works Director Tiger Mann to discuss the matter.

Ogilvie said that currently “we are denting our neighbor’s car and we are having all sorts of parking ticket problems, many of which [Parking Manager] Stacy [Miltenberg] and her crew ignore politely, because the driver really didn’t have any choice.”

“I think we are just asking for more and more trouble if we don’t re-line,” Ogilvie said.

Hering said the town isn’t truly “losing spaces” because as it stands, the overly narrow parking stalls limit how many vehicles can actually park in them.

“[W]hat we are saying is that we are better organizing the lots and making them more appropriate,” Hering said.