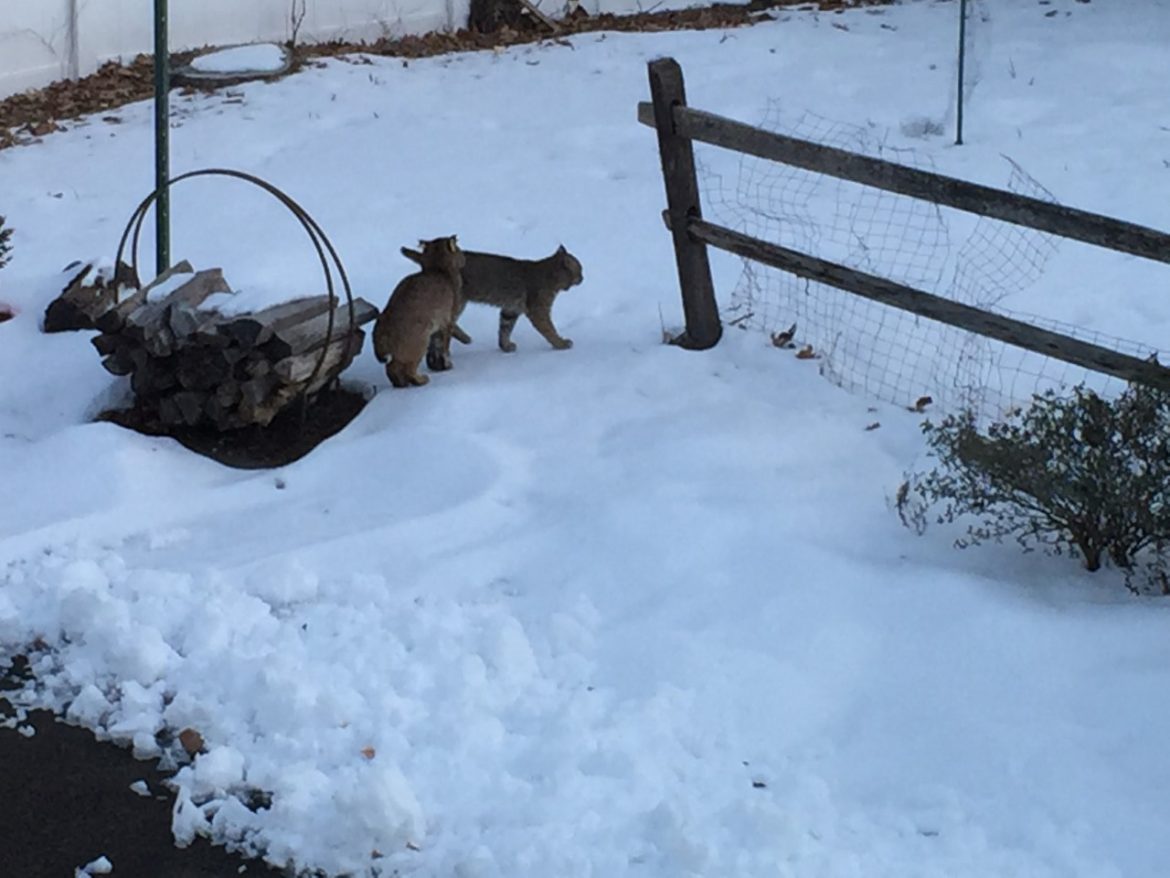 A pair of bobcats were photographed on a Marvin Ridge Road property, officials said Friday. 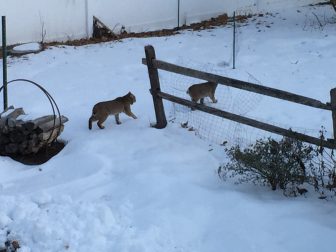 A rare sighting, the pair likely are a female with a male in pursuit, according to Officer Allyson Halm, head of the New Canaan Police Department’s Animal Control section.

She noted that the breeding season is just getting underway: Bobcats breed between February and March, and one to four kittens generally are born in a litter in April.

Halm said she has reported the sighting to the Connecticut Department of Energy and Environmental Protection.

The sighting of the reclusive species is the first reported in New Canaan in one year. Animal Control received reports of sightings on Marvin Ridge Road and Ponus Ridge last February. 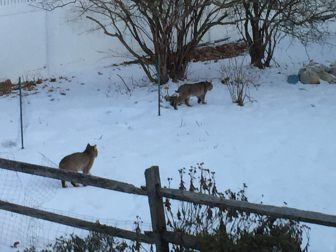 Marvin Ridge has been an active area for the species.

In the spring of 2018, five sightings were reported there in the span of one month.

Bobcats pose no real threat to humans, though they will prey on domestic cats. According to the DEEP, bobcats’ prey includes rabbits, woodchucks, squirrels, chipmunks, mice, white-tailed deer—typically young or injured—birds, and, to a much lesser extent, insects and reptiles.

New Canaan in early 2016 had a string of bobcat sightings, including on Dogwood Lane on the west side of town.

Officials long had believed that New Canaan had two bobcats: One that travels the Ponus Ridge corridor on the western side of town and another in the area of Gerdes Road. In September of 2014, a bobcat kitten was seen on Deep Valley Road, and Animal Control officials predicted at the time that the town would see more of them.

In 2015, bobcats were spotted on Jelliff Mill and Gerdes Roads in February, Wahackme Road in April, Oenoke Ridge in October and Michigan Road in December.

Seldom seen, they’re most active after dusk and before dawn, and bobcats make dens from which they may travel up to four miles per day.

[Editor’s Note: Any readers submitting comments urging that harm comes to wildlife—we had one reader wish death upon an entire species in the recent past—will be banned from our threads permanently, thank you.]