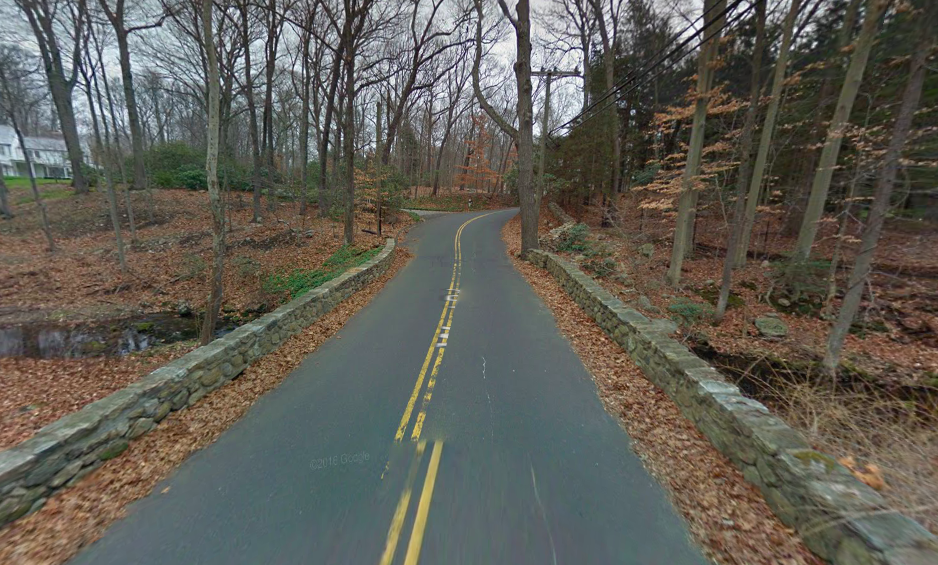 Saying it will save money and hassle, Public Works officials on Monday spoke in favor of starting a long-planned bridge replacement on West Road this winter so it’s spaced out from a separate major road project across town.

The contractor for the West Road job has a gap in their schedule and has agreed to absorb significant winter costs such as heating concrete in order to start prep work in mid-December, according to Joe Zagarenski, senior engineer in the New Canaan Department of Public Works.

That would see the work wrap up some time in June, Zagarenski said, around the time the replacement of a bridge on Route 123 that will close traffic in both directions hopefully would start.

“It would be nice if we did not have two detours in town at the same time, even though they may overlap a little bit,” he told members of the Selectmen’s Advisory Committee on Buildings and Infrastructure, held via videoconference.

The headwall of a bridge on West Road north of Turtle Back Road failed two summers ago. Officials have estimated in the past that New Canaan is expected to pay about $921,000 toward the total $1.8 million cost to replace the bridge.

Having the contractor start the West Road job this winter “is to our advantage,” Public Works Director Tiger Mann said. The contractor will “dedicate additional forces to it,” Mann said, so that two to three crews at a time are working.

“The secondary schedule is a June start with finish at the end of Thanksgiving, which is starting to push the date again, into the winter,” Mann said. “So we would much rather do it early than later, and while he [the contractor] cannot promise anything, he does feel he might actually finish early. So we feel in our best interests start West Road now and we are in discussions with state to see if we can get them to change the 123 to a June start after school instead of an April start. There are some residents that are affected and that may be beneficial to all at that point.”

Originally scheduled for this fall, the state’s replacement of a culvert on Route 123 near the New Canaan Field Club now has been pushed back at least to the spring, and town officials are pushing to move that start date into the summer.

Committee members asked whether state projects continue through the winter (the one on 123 doesn’t), whether concrete additives will be used in order to complete the West Road project in the cold months (yes), what needs to be added to it (a chemical that keeps frost out of it while it’s curing), when the concrete would be poured in the West Road project (mid-February) and what is the breakdown in cost between the state and town (50-50).

Committee members spoke in favor of releasing the contractor on West Road project to start this winter. Yet First Selectman Kevin Moynihan said that’s not the Committee’s decision.

“I feel personally I need more information about this before we decide,” he said.