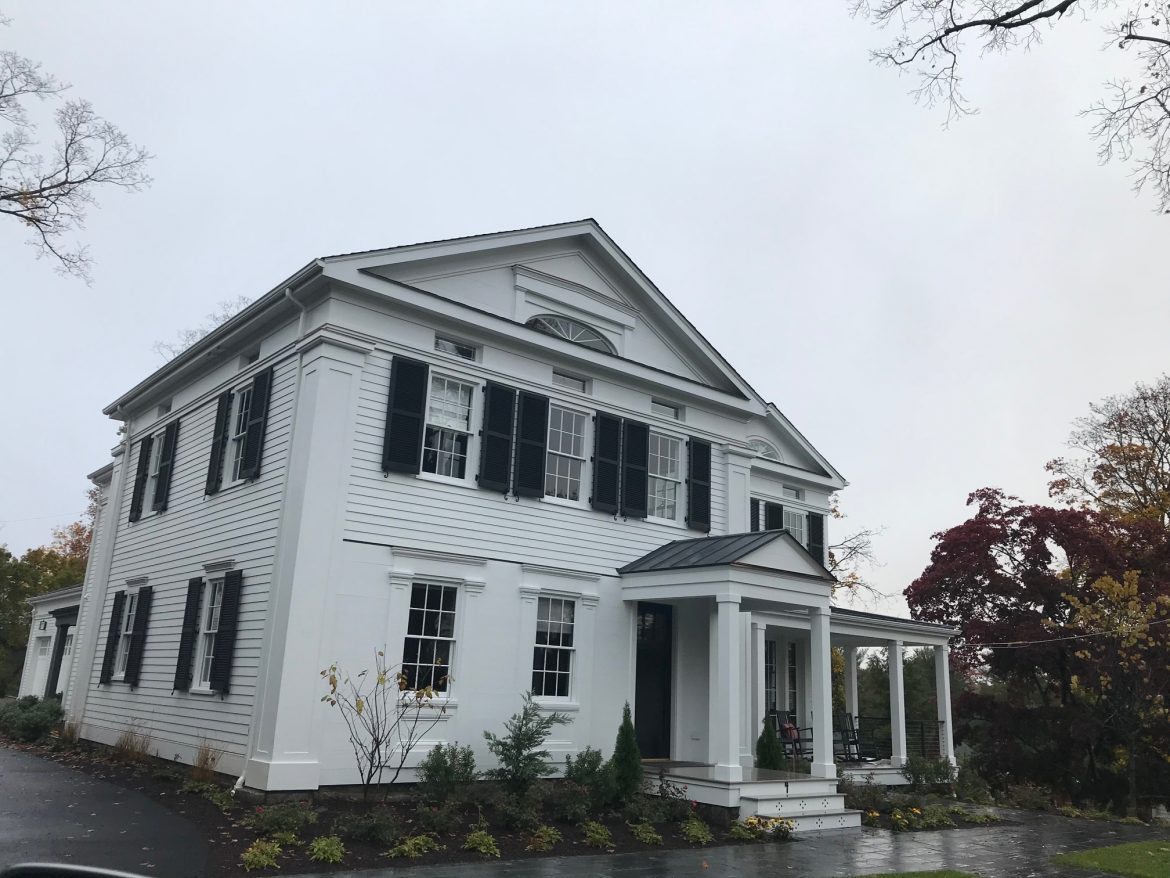 A prominent home on God’s Acre—neglected for years while tied up in foreclosure, then rebuilt in a closely followed effort featured by TV’s “This Old House”—has been sold, documents show.

Located next to St. Michael’s Lutheran Church, the home at 4 Main St. was purchased for $3.4 million, according to a property transfer recorded March 20 in the Town Clerk’s office.

The sale bookends a fraught and complicated period for the historic property, a ca. 1840-built Greek Revival originally owned by Joseph Scofield and occupied for decades by him and his wife, Abigail Griffin—a pair that would be honored during the centennial celebration of New Canaan’s incorporation, in 1901, as the town’s longest married couple.

Purchased for $365,000 in 1984 and restored by its then-owner, the house after years of occupancy was vacated. It deteriorated visibly, with holes in its roof, raccoons inside and peat moss growing throughout the structure.

In 2013, a local couple detailed plans for restoring the home that gained favor from the volunteers who oversee New Canaan’s Historic District. They made an offer that the bank accepted, but the home’s owner rejected it. Two years later, a civil court issued a judgment of foreclosure—a decision that its owner appealed in a legal matter protracted because of a procedural error in court.

In 2016, after talks with another prospective buyer broke down, the Historic District Commission filed a blight complaint.

Arnold Karp of Karp Associates finally reached a sale agreement with the owner in January 2018 and acquired it for $810,000 that summer. The Commission after extensive discussions with Karp approved a rebuilding project designed to re-create the street-facing portion of the antique home while reducing its overall footprint.