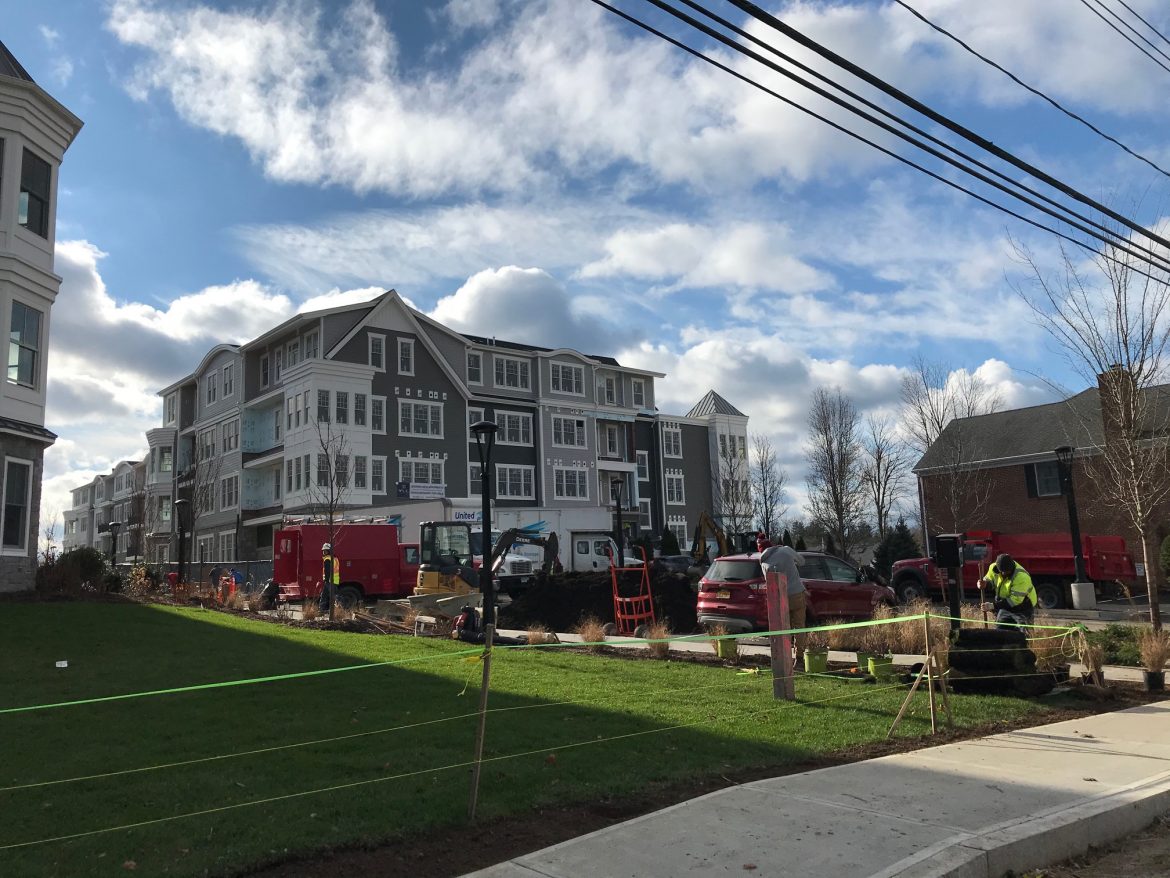 Town officials on Tuesday authorized the first selectman to sign off on an easement through The Vue apartment-and-condo complex on Park Street, formerly known as Merritt Village, that will allow pedestrians to traverse the property between Mead and Maple Streets.

Conceived by the creators of The Vue, the pedestrian path through the center of the newly re-developed property is designed to serve train commuters, among others, who’d become accustomed to walking through the former Merritt Apartments buildings by cutting off of South Avenue to Mead and then Maple to Park Street. Creating the easement to formalize the proposed path became one of the Planning & Zoning Commission’s conditions when the appointed body approved the project in November 2016 after months of hearings.

The Board of Selectmen after 29 minutes of discussion that had little to do with the easement itself voted 3-0 in favor of authorizing First Selectman Kevin Moynihan to approve the easement before it’s recorded in municipal land records.

It will be in effect in perpetuity, Town Planner Lynn Brooks Avni said during the selectmen meeting, held via videoconference.

P&Z had approved the final wording of the easement at a meeting last October.

The selectmen discussed the pedestrian pathway’s connectivity to a separate path, known as “the driftway,” that leads to a much-discussed burial ground discovered by M2 Partners, the developers of The Vue.

Arnold Karp of M2 Partners, a guest at the selectmen meeting, said of the matter before the Board, “This is solely an easement from Mead to Maple Street, has nothing to do with cemetery, but this is also the accessway from Mead to Maple, from that you walk across the patio to the cemetery. So this is the best access this cemetery has had in probably 100 years. It’s now a path that somebody can walk, you can roll somebody, whatever you need to do to get to the cemetery is now much easier than it used to be.”

According to Karp, pedestrians will have 24/7 access to the burial ground from a path that is to run off of the planned walkway between Mead and Maple Streets.

“If you wanted to access the cemetery through our property, you would walk up the town easement the brick walk, take a left through the patio area and come to a fence that will have a gate on it, and a list of who is buried there,” he said.

The question of how to protect the burial ground itself, and whether it would alter the project at The Vue, lingered for months even after P&Z’s approval. In September 2017, two opponents of the project were arrested for trespassing there.

Moynihan referred to Terry Spring’s arrest during Tuesday’s meeting. While seeking clarification from Karp on just where those seeking to visit the cemetery should go, Moynihan said, laughing, “I just want Terry to know where she can get arrested, as to what is private property.”

Karp responded flatly, “As long as she stays on the paths and the walkway, there should be no issue.”

Moynihan and Selectmen Nick Williams and Kathleen Corbet voted 3-0 to approve the first selectman’s authorization of the easement.

Karp agreed to install signage on the Mead Street side of the easement that signaled to pedestrians that they could use the pathway while warning off confused motorists. The only vehicles allowed to drive on the easement are emergency response vehicles, officials said.