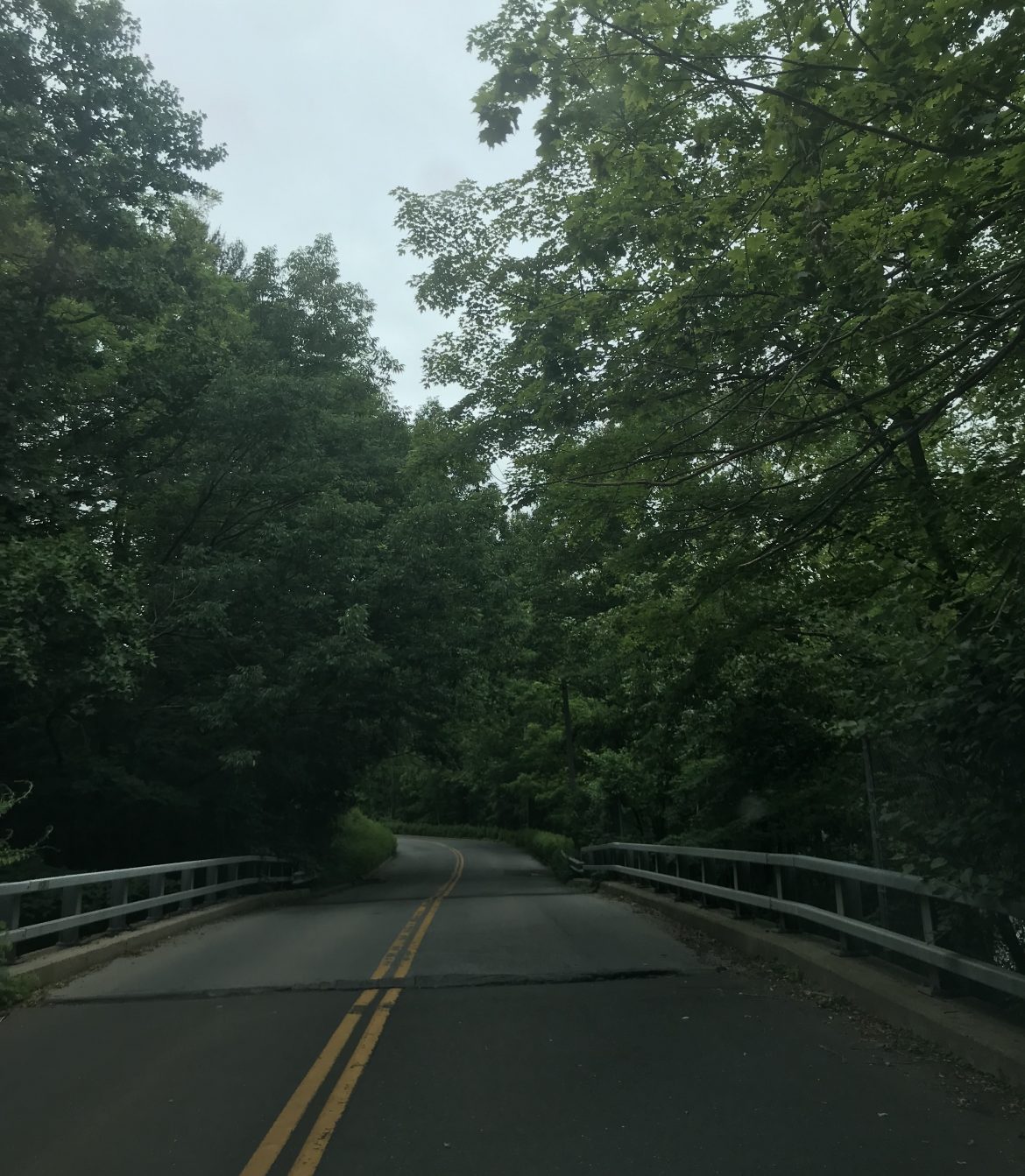 Atlas Outdoor outbid Eagle Fence and Guardrail and will enter into a contract with the town for the replacement of guiderails along Trinity Pass, shown above. Credit: Olivia Flaherty-Lovy

Town officials last week moved to approve a contract with a Connecticut company for the replacement of guiderails along a narrow, windy road up in the north side of New Canaan.

The Board of Selectmen at its regular meeting June 4 voted 2-0 to approve the $17,860 contract with Branford-based Atlas Outdoor.

The guiderail in question “ends on a ridge that we share with New York and protects alongside the bridge and reservoir,” Director of Public Works Tiger Mann told the Board at the meeting, held in Town Hall.

First Selectman Kevin Moynihan and Selectman Kit Devereaux voted to approve a request from the Department of Public Works to enter the contract, which includes a contingency of $2,680 and police protection for $2,500. 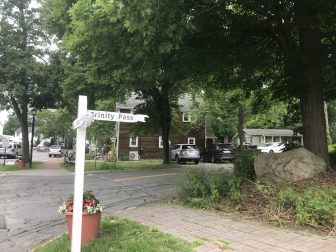 The Board of Selectmen voted unanimously to approve a contract with Atlas Outdoor to replace guiderails along Trinity Pass. Credit: Olivia Flaherty-Lovy

The project is to be paid for out of DPW’s budgeted “Town’s Guiderail Management and Improvement Program.”

New Canaan has previously worked with Plainville-based Eagle Fence and Guardrail to install guardrails at Ponus Ridge, Frogtown Road, Clapboard Hill Road and Glen Drive. This time around, however, Atlas offered the lower bid at a total amount of $23,040.

The two bids were “very, very tight,” Mann said, and the other bids the town received were “far in excess of these two.”

“Atlas was able to tip the scale in its favor, so we would like to go forward and see if they can perform as well with us as Eagle has in the past,” he said.