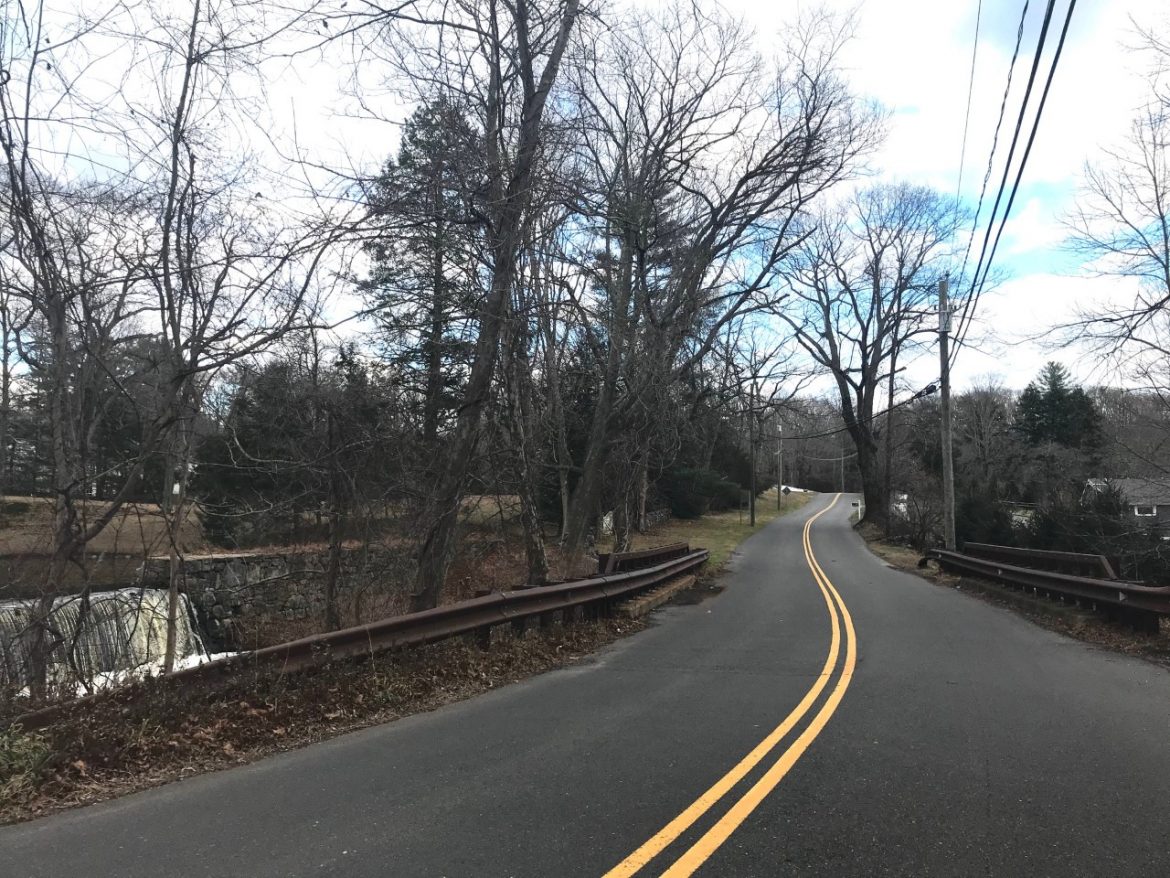 A bridge in western New Canaan recently was downgraded due to new state regulations and fire vehicles are prohibited from traversing it, officials say.

“It’s not adding much to their time but it’s still sensitive in that area since that services Dan’s Highway—they already had a structure fire there—[and] certain other areas,” Mann said during a Dec. 11 meeting of the Selectmen’s Advisory Committee on Buildings and Infrastructure, held at Town Hall.

He referred to a Nov. 16 fire that rendered a Dan’s Highway house uninhabitable, opening a discussion about installing more dry hydrants in New Canaan’s outlying areas.

As a temporary fix, Mann said, the town will install a shear slab over the top of the road “that should take care of almost every single one of their vehicles.”

And a consultant is analyzing what’s required under new Connecticut Department of Transportation regulations, he said.

“But eventually this bridge will have to be redone,” Mann said.

Ultimately, because the bridge is part of the federal local bridge program, the U.S. government would pay for 80% of the larger project with the town covering 20%, Mann said.

Mann said, “That is the problem, that is why they don’t allow heavy vehicles on certain roads, and the state makes you take a certain routes for them.”

The bridge is located on upper Ponus between Clearview Lane and Rippowam Road.