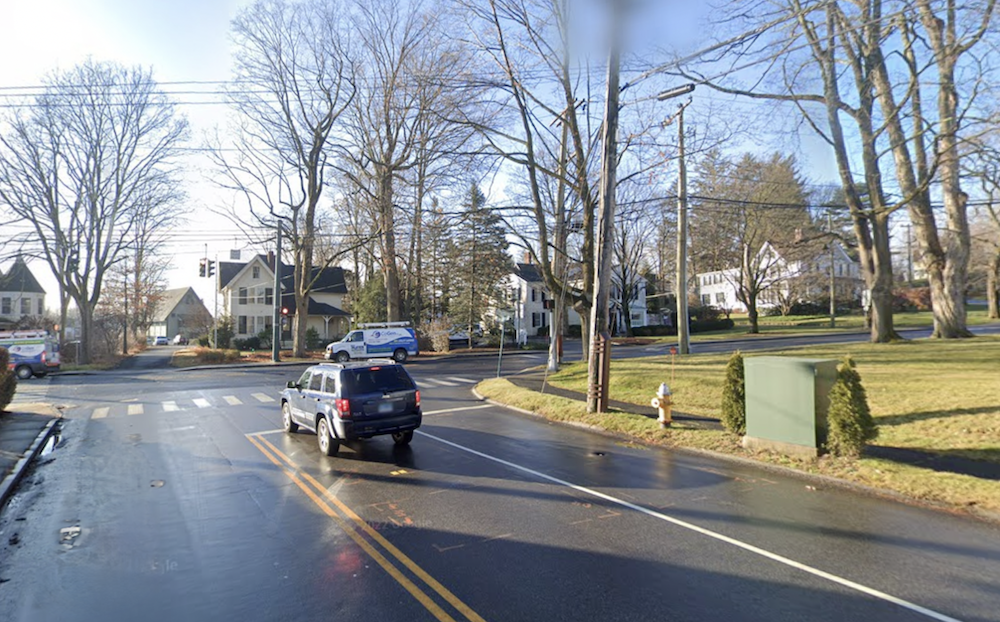 Citing safety concerns, officials last week denied a resident’s request to rid one leg of a busy downtown intersection of its “No Turn on Red” designation.

Motorists traveling toward town on Heritage Hill Road cannot turn right at the light at Main Street. New Canaan resident David Kirby met with Public Works Director Tiger Mann to ask whether the “No Turn on Red” designation could be removed in order to improve traffic flow.

Yet the light helps ensure that motorists turning onto Main Street just below the intersection, from Locust Avenue, are unimpeded as they pass by Heritage Hill Road, officials said at the Jan. 18 Police Commission meeting.

“There’s nothing, really, to support this request,” Police Chief John DiFederico said at the meeting, held at police headquarters and via videoconference. “There’s no traffic back-ups, there’s no accidents—which is a good thing, we don’t want to create a situation where it’s more dangerous—but when there are accidents, certainly none are caused by a right turn on red. The challenge is if you are on Heritage Hill and want to turn that right, it is very difficult to see the oncoming traffic coming from Locust Avenue. You can certainly have a good enough line of sight to see the Main Street traffic, but when Locust Avenue has that green light and cars are traveling on a green light, it’s essentially from almost behind you and it’s difficult to see. So we don’t want to put people in an unsafe position when they turn right on red.”

In order to accomplish what Kirby had asked for, the town would need to petition the state, which controls the intersection since it’s along Route 124, Mann said.

First Selectman Kevin Moynihan, a guest at the meeting, said it’s “annoying” for train commuters to have to wait at that light, rather than making the right toward God’s Acre and the station.

“If it was just the intersection of Heritage Hill and Main it might be a different situation because the sight line seems to be adequate,” Mann said. “But Locust is tucked away so the moment that the light changes to offer a green to Locust, you can’t necessarily see anyone coming from there and it makes it much more difficult to see and I don’t feel the state would change this designation. So it’s very difficult to support the request.”

Foley, himself a career train commuter, said, “Much as I get it and I want to speed up traffic, but we’d just create another problem.”