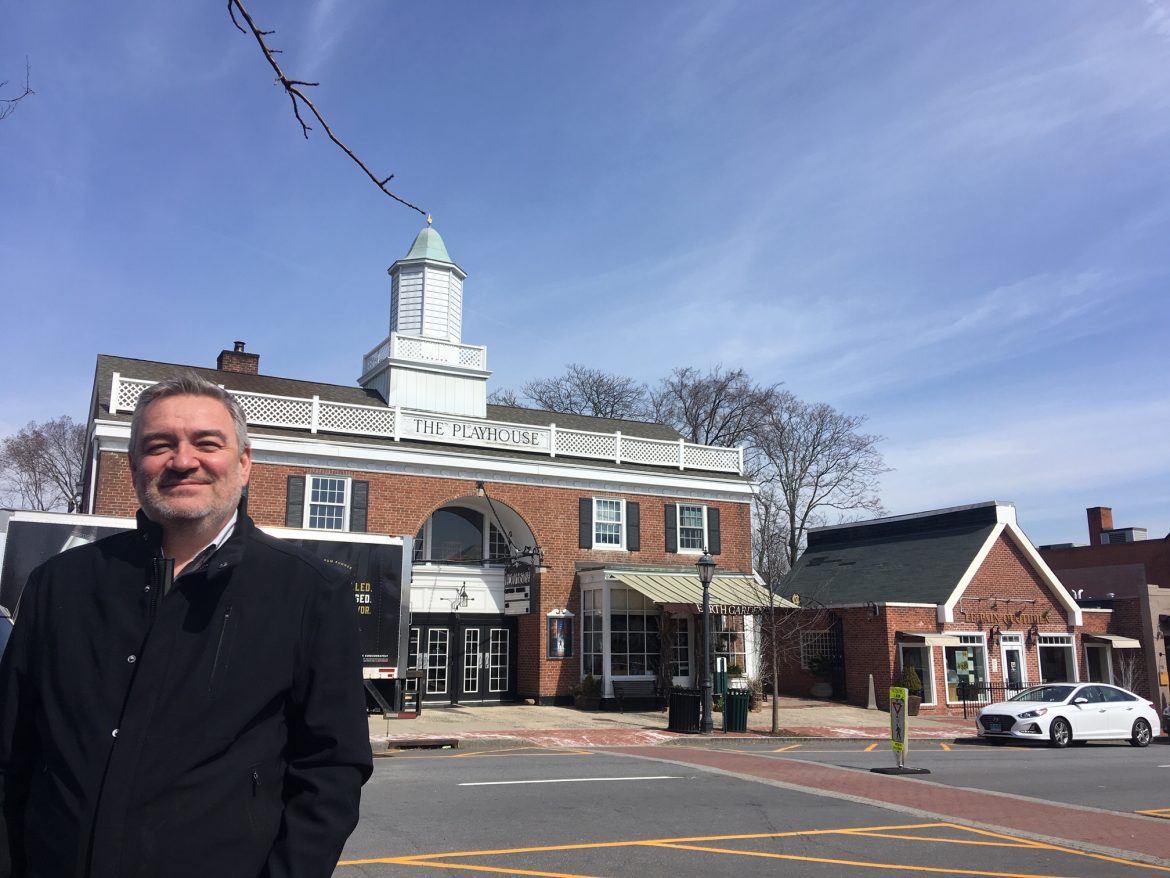 Steve Mochel had been working for 20 years with the same global marketing agency, most recently in New York City, when he was told at the end of 2008 that he’d be laid off in the wake of the economic downturn.

His wife told him.

Laura Shuler was president of the agency at the time, and Mochel “worked for a guy who worked for her,” he recalled on a recent morning.

Shuler herself quit two weeks later and the pair decided to launch their own business—a first-time endeavor for the couple.

“She actually had been working with a client in the automotive industry and kept coming home and talking about the dangers of teen driving just as our oldest kid was almost 16—the facts and figures are that car crashes are the number one killer of teenagers in America,” Mochel recalled. “Most parents still don’t know that. And yet, driver’s ed really hasn’t changed in 50 years. It’s the same kind of stuff. We just saw an opportunity to really take a look at driver education and create something that we would want to send our kids through.”

And so Fresh Green Light was born 10 years ago in Rye, N.Y.

Since then, Shuler has returned to marketing while Mochel has overseen a slow and steady expansion of the business’s coverage area, as well as the development of a franchise model.

On Monday, classes start at its newest location, on Cherry Street in New Canaan.

“What we saw was more and more New Canaan families coming to our Darien and Wilton locations,” Mochel said. “And them were saying, ‘Why aren’t you open in New Canaan?’ So we started looking in New Canaan and frankly, we found a great spot on Cherry Street.”

About 20 New Canaan families are already signed up, though students can take Fresh Green Light’s 15 classes at any location—a flexible offering that parents have come to like, Mochel said.

“Like we have a New Canaan family who goes to the orthodontist that’s in the building in the location we have in Wilton so it makes sense for them go there,” he said.

The New Canaan experience has been “great” in the early going, Mochel said.

The business joined the New Canaan Chamber of Commerce. The organization’s executive director, Tucker Murphy, said, “We know they will provide a great service to the town.”

Mochel—a Chicago native and Weston resident who earned a bachelor’s degree in marketing 1986 from Millikin University in Decatur, Ill.—describes himself as an “arts-related person” and musician, and Fresh Green Light sponsored New Canaan High School Theatre’s recent production of “Anything Goes.”

Connecticut requires 30 hours of classroom instruction plus eight hours of driving lessons with an instructor.

At Fresh Green Light, Mochel said he and Shuler found that much of the driver’s ed curriculum and training materials were “very old.”

“So we worked with experts in teen driving safety to create a curriculum that was more up to date,” he said. “Even in the last 10 years, cars have changed dramatically, so you really have to stay on top of it.”

One point that Mochel said he hit on early was parental involvement.

“We have a curriculum and we do six lessons,” he said. “We start in the parking lot and the last lesson is on the highway. Every lesson is a very specific topic that we’re teaching. Then we’re giving feedback to the parents about what we taught them so they can practice with the kids. That’s the key. That we have them for 20 percent of the time, really. And the parents have them for the other 80 percent of the time.”

Fresh Green Light also uses technology to help measure the success of its program, Mochel said, such as through its own “Driver Tracker” app which allows parents and students to log and track hours and score their drives.

“So they press ‘Start’ when they start driving and press ‘Stop’ at the end,” he said. “And it will tell them how they did in terms of braking, speeding, distractions, things like that. It’s called ‘FGL Drive Tracker‘ and it’s for iPhone and Android.”

Five years ago, Mochel and Shuler began looking at how they could grow their business beyond this immediate area, and created a franchise company. An Illinois man purchased the business model and Mochel provides support for him.

He added, “I think one of the things that’s attractive to prospective franchisees is we have skin in the game We’re not just selling a concept. We’re running our business every day so our franchisee in Chicago I can talk to all the time. Anything he’s going through, I’ve gone through already.”

And he’s gone through a lot.

“I got laid off at 45 I knew I was going to have a hard time getting another job,” he said. “Certainly, at the salary level I was at. And I see that more and more with folks. To be in control of our own destiny, own our own business—it’s a great asset. You know, we’ve downscaled our lives a little bit but we’re in control of our lives and so giving that opportunity to other folks is great. And we want to find the right partners, like our guy in Chicago is someone who I’ve known his father for years but he’s an ex-pilot, flight trainer and marketing guy so it’s really interesting mix and it’s a really rewarding business because you’re helping kids learn how to drive which is a life skill that is essential. It’s a really fun business to be in.”