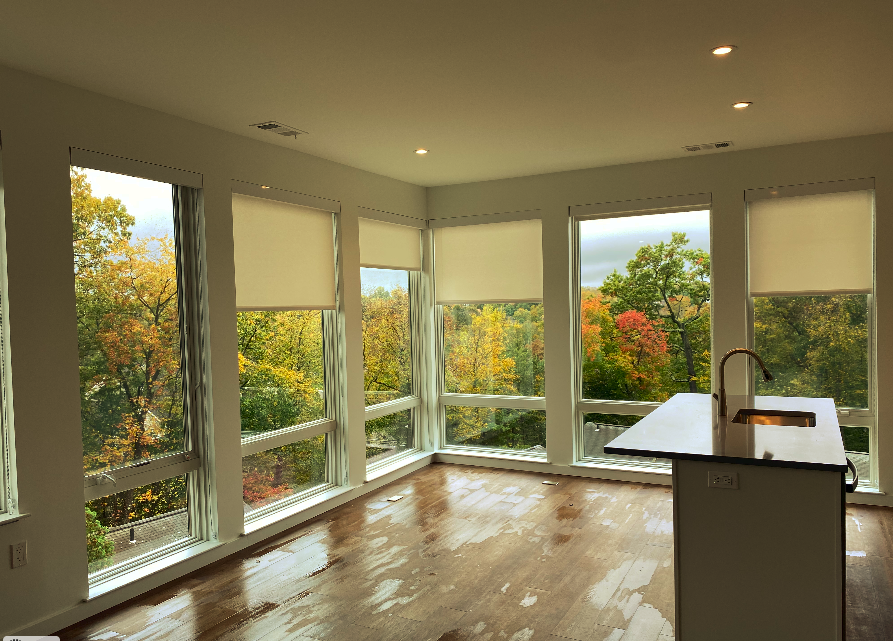 Officials on Tuesday held a ceremony to mark the opening of the rebuilt housing complex at Route 123 and Lakeview Avenue, part of a larger project that also will see a new structure on the site. 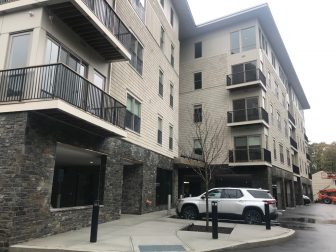 Residents of the 60 units at the rebuilt complex started moving into the new building Monday, following issuance of a temporary Certificate of Occupancy, according to New Canaan Housing Authority Chair Scott Hobbs.

“We feel really good about the outcome,” Hobbs said Tuesday prior to a formal ribbon-cutting at the new building.

Despite COVID- and budget-related holdups, “we are relatively on schedule from where we started,” Hobbs said. 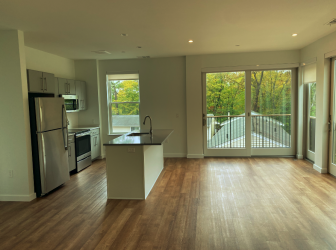 “We are extremely happy about the finished product and believe that we have created an exceptional structure for our client/tenant occupants,” he said.

The Housing Authority is partnering with New Canaan Neighborhoods Inc. on the estimated $45 million project. Last week, its developers filed a permit to demolish the eight standing Section 8 housing structures, which will be replaced with a new 40-unit building. 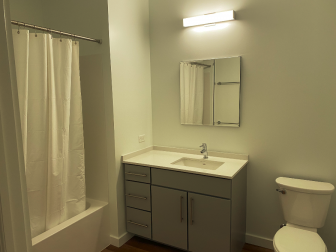 Both are expected to count toward a new “moratorium” from a state law that allows developers to ignore local planning decisions in places that do not meet strict affordable housing requirements. The town last achieved a four-year moratorium from the law in June 2017, upon completion of the redevelopment of affordable units at Mill Pond.

That means that until the Connecticut Department of Housing issues a new “Certificate of Affordable Housing Completion,” New Canaan is subject to the state affordable housing law. 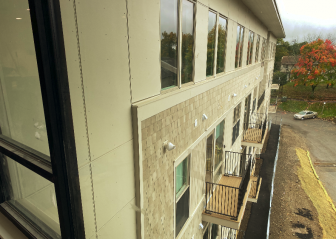 Asked about the open window, Hobbs said, “It’s really a shame on the part of Connecticut, where the project was initially delayed for, I believe, around six months because of Connecticut budget issues and the need to get allocations from the affordable housing tax credits, and then a additional roughly four to six months due to COVID.”

“So while we were comfortably going to be inside that window, the state of Connecticut and COVID delayed us, well beyond our control, and now we’re stuck with the fact they did not extend the moratoriums to allow us movement.” 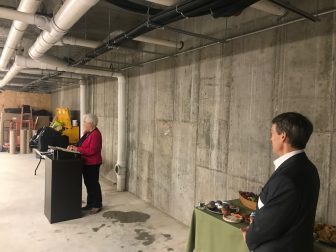 Several elected and appointed officials, as well as municipal workers, attended Tuesday’s ceremony, held inside due to rain, in a large basement/utility room of the new building.

There, Hussey thanked Canaan Parish Redevelopment board members Judy Bentley, Peggy Danneman, Bob Mantilia, Jim Luciano, Arnold Karp and Amanda Martocchio (from New Canaan Neighborhoods), and from the Housing Authority, board members Tim Welch, Hobbs and Danneman. She also acknowledged and thanked the founding members of the original Canaan Parish group from 1978, the municipal board members and Town Hall workers, including Public Works Director Tiger Mann, who helped on the project, “visionaries” Chuck Berman and Laszlo Papp, and consultant David McCarthy of Heritage Housing, AP Construction and Andy Ashforth, and others. 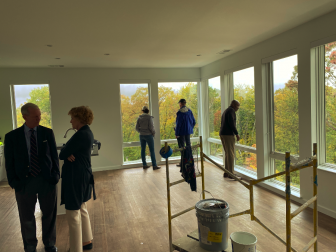 “I am personally grateful to the late [state] Sen. Bob Bliss for insisting that I join the board,” Hussey said. “What a gift he gave me. As a mother and a grandmother, I know how important self-esteem is in all of us, especially children. How proud they will be when they bring their friends home to Canaan Parish. Is there any better feeling? For many residents, Canaan Parish will be the nicest home they’ve ever had.” 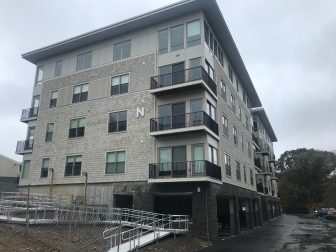 The Planning & Zoning Commission approved the redevelopment project three years following weeks of discussion about early-stage renderings. The project’s viability grew uncertain in the spring of 2019 as hoped-for state funding fell through. Then, a few months later, a Federal Housing Authority loan plan materialized. Ultimately, tax credit financing through the Connecticut Housing Finance Authority, as well as the FHA-approved loan and a private bank backstopped by HUD came through.