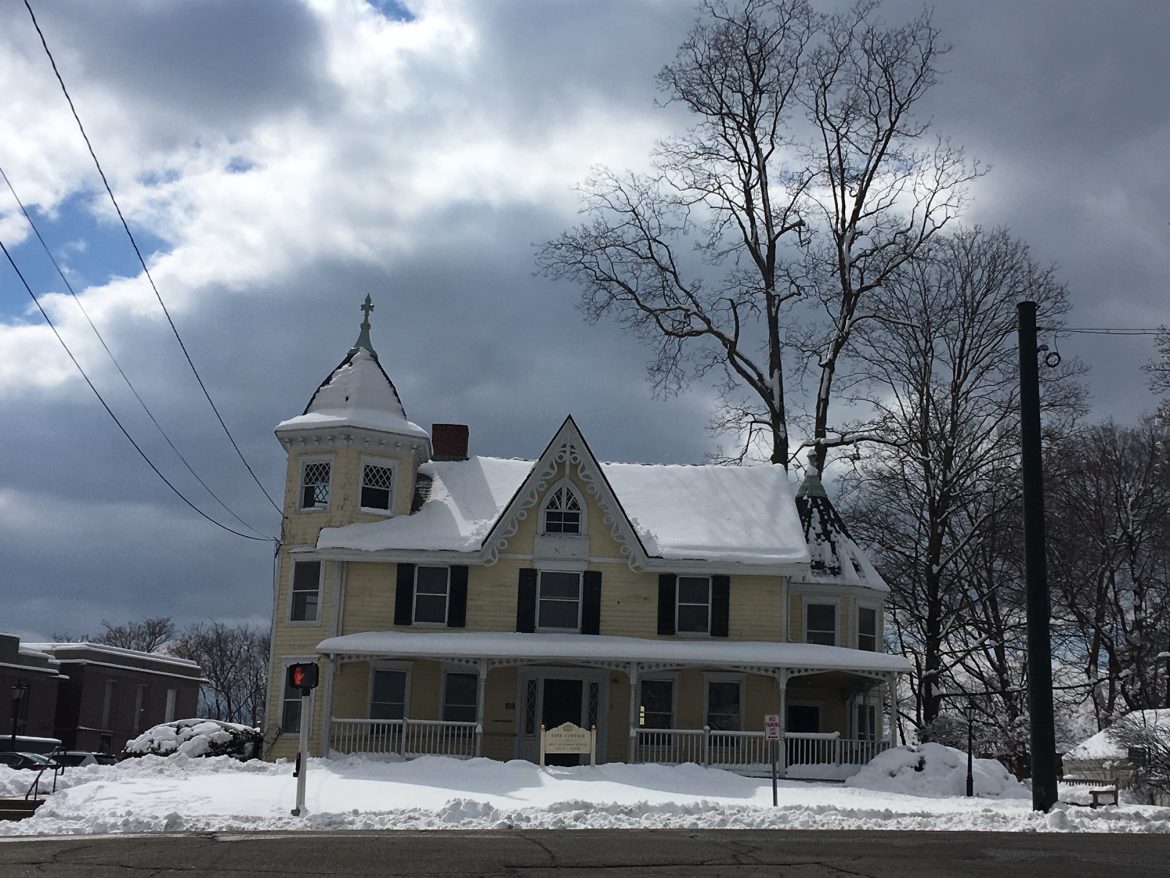 The town rejected a venerable nonprofit organization’s recent bid to purchase Vine Cottage because the building is worth more money than what was offered, according to First Selectman Kevin Moynihan.

The Board of Selectmen met out of the public eye—as public bodies are allowed to do, under state law, when dealing with certain specific aspects of real estate transactions—to “decide whether we should negotiate with the [New Canaan] Land Trust,” Moynihan said during the Town Council’s regular meeting Tuesday.

“We have an indication that the value of that property is three times what was being offered by the Land Trust,” Moynihan said during the meeting, held at Town Hall and via videoconference. “If we get to the point where we want to sort of give it away to a nonprofit, an important local nonprofit, we could. But right now, for one we really need it for the Health Department. And secondly, we just—it’s hard to swear disposing of the property to a nonprofit for a third of what its value is.”

His comments came during a general update to the Town Council.

After seeking a prospective buyer for the building twice in the last three years, Moynihan said last month that the town may keep the ca.-1859 building, which long has formed part of the Town Hall campus, as the headquarters of the municipal Health Department.

The Land Trust itself disclosed its bid offer, in a letter to the editor. In it, Board of Directors President Tom Cronin said the organization’s acquisition of Vine Cottage would solve “four important needs of the Town of New Canaan,” including the elimination of taxpayers’ financial burden in maintaining the structure, restoring and renovating the historic building; offering the town the opportunity to buy the building back.; and “creating a new, desirable home for other non-profits by leasing excess office space.”

“With a mission that is carried on in ‘perpetuity,’ the Land Trust can play an important role in preserving, restoring, and making Vine Cottage accessible to all town residents,” Cronin said in the letter. “While the Health Department has a near term need for the building, the Land Trust would like to be part of the long-term vision for this cherished landmark.”

Dozens of residents voiced support for the Land Trust’s proposal after it was disclosed. Town Council member Hilary Ormond asked Moynihan to explain why the town rejected the Land Trust’s offer, saying she’d heard from members of the public about why it was rejected out of hand.

Located at 61 Main St. across from the fire station, Vine Cottage is a turreted, yellow building that the town has owned since 1997.

In early 2017, a proposal to renovate the building for $550,000 was rejected by the Town Council. Some in town suggested that the true cost of maintaining it might be as low as $220,000. In the summer of 2018, Moynihan said that the building would likely be sold, and though then-Selectman Kit Devereaux pushed back on the move, the selectmen voted 2-1 in June 2019 to approve the RFP. A field of four interested parties was narrowed down to two contenders, Robert Cuda and Arnold Karp, Moynihan has said. Cuda died in December 2019, and the negotiations with Karp—owner of the former Red Cross building next door—slowed amid the pandemic, town officials said.