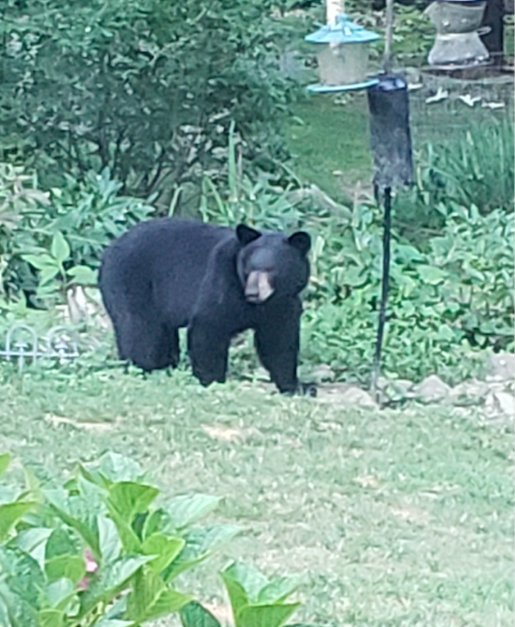 A black bear was seen on North Wilton Road at about 2:30 p.m. Tuesday, according to Animal Control Officer Allyson Halm, and then two more were seen together on the same road in northeastern New Canaan on Wednesday afternoon.

She urged residents to have hazing tools on hand, such as horns that make loud noises, and bear spray.

“Knowledge about hazing is important and please do not feed bears,” Halm told NewCanaanite.com.

Halm’s tips on coexisting with black bears include:

The number of black bears appearing in New Canaan each year has been rising in recent, Halm has said.

Black bears typically breed in late June or early July, according to the state. During that time, males travel extensively in search of females. In New Canaan, bear sightings are reported to police all throughout town. “Young are born in the den in late December through early January and are blind, toothless, and covered with fine hair,” according to the Connecticut Department of Energy and Environmental Protection. “Cubs weigh 6 to 12 ounces at birth, about the size of a can of soda. Litter sizes range from 1 to 5 cubs, with litters of 2 or 3 being most common in Connecticut. After giving birth, the sow usually continues her winter rest while the cubs are awake and nursing. Only females rear the young, which typically remain with the female until the second spring of their lives. Then, the young bears (yearlings), especially the males, may travel great distances in search of their own territories. Yearling females frequently settle near their mother’s home range. Young bears are often forced into less preferred habitat.”