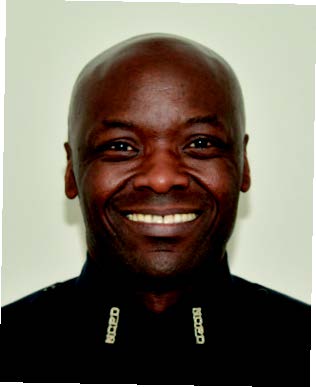 Officer Rex Sprosta, a U.S. Marines veteran hired by NCPD in October 2004 is winner of the 2020 Lt. Stephen W. Wood Officer of the Year Award.

Created in 2014 and first earned by Wood’s own son-in-law, the award is designed to “honor and memorialize a beloved member of our department,” Krolikowski said in a a press release.

A U.S. Marine veteran himself, Wood served the town from 1977 to 2009 and “was taken from us far too young,” Krolikowski said. 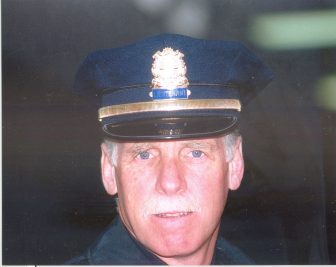 “Nomination and selection for this award is the result of exceptional work, integrity, and overall service to our Town and Department,” the chief said in the press release.

“One of the most important programs he helped spearhead was our Peer Support Program,” Krolikowski said in the award citation.

“Officer Sprosta’s professionalism, calm demeanor, and willingness to listen to others are invaluable traits that make him a perfect fit for this program. Whether on or off duty, he is always willing to assist his fellow officers through difficult situations. He has exceptional mentoring skills and is dedicated to helping and supporting his fellow officers.”

Sprosta’s concerns for others extends beyond the Police Department, too, Krolikowski said.

He “shows sincere concern for the residents he encounters daily” and “takes the time to get to know people and provides courteous and professional service,” the chief said.

Members of the wider New Canaan community and fellow officers have recognized Sprosta multiple times in filing letters of appreciation with the department, for his work on car seat installation, help in police training and ability to listen. Three years ago, he and Officer Thomas Callinan saved the life of a fellow New Canaan Police officer.

“Officer Sprosta consistently demonstrates exemplary leadership skills and encourages his fellow officers through positive reinforcement,” Krolikowski said in the press release. “Our Department is better because of Officer Sprosta’s contributions to his fellow officers and the New Canaan community. He is one of our very best officers, and he takes pride in wearing our uniform and coming to work to serve the community.”

The chief described Sprosta’s attitude as “professional, caring, and cooperative,” saying those are “qualities that we all should emulate.”

In addition to Sprosta, five other officers were nominated for this year’s award by their supervisors: .

They “are six out of our 47 officers, all of whom deserve our gratitude for protecting and serving our great Town,” Krolikowski said in the press release.

Here are their citations: