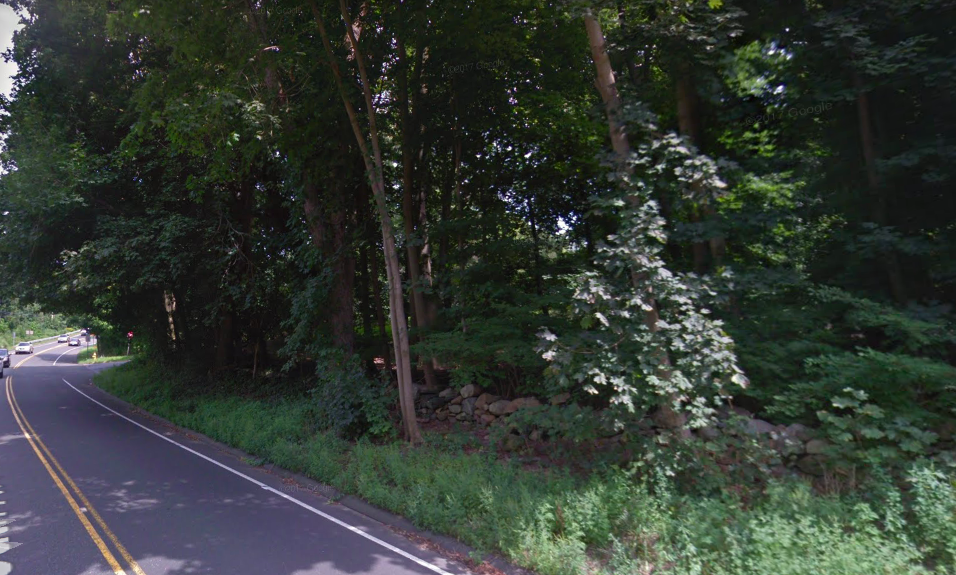 Here's the woods at South Avenue and Charter Oak Drive where the teen went to get the bag. Streetview image

Police cited two New Canaan teens for infraction-level offenses midday Monday after finding them with alcohol and marijuana near the Darien line.

At about 12:04 p.m. on Dec. 17, officers saw a 19-year-old walk into the woods off of South Avenue near Charter Oak Drive and retrieve a bag, according to a police report.

He then stood near a parked vehicle, the report said.

Officers approached him and those in the vehicle to ask what they were doing with the bag, it said.

Police then found that the teen had a 750 ml bottle of Smirnoff vodka inside a bag, according to the report.

The 19-year-old, a Harrison Avenue resident, was cited for possession of alcohol by a minor in a public place.