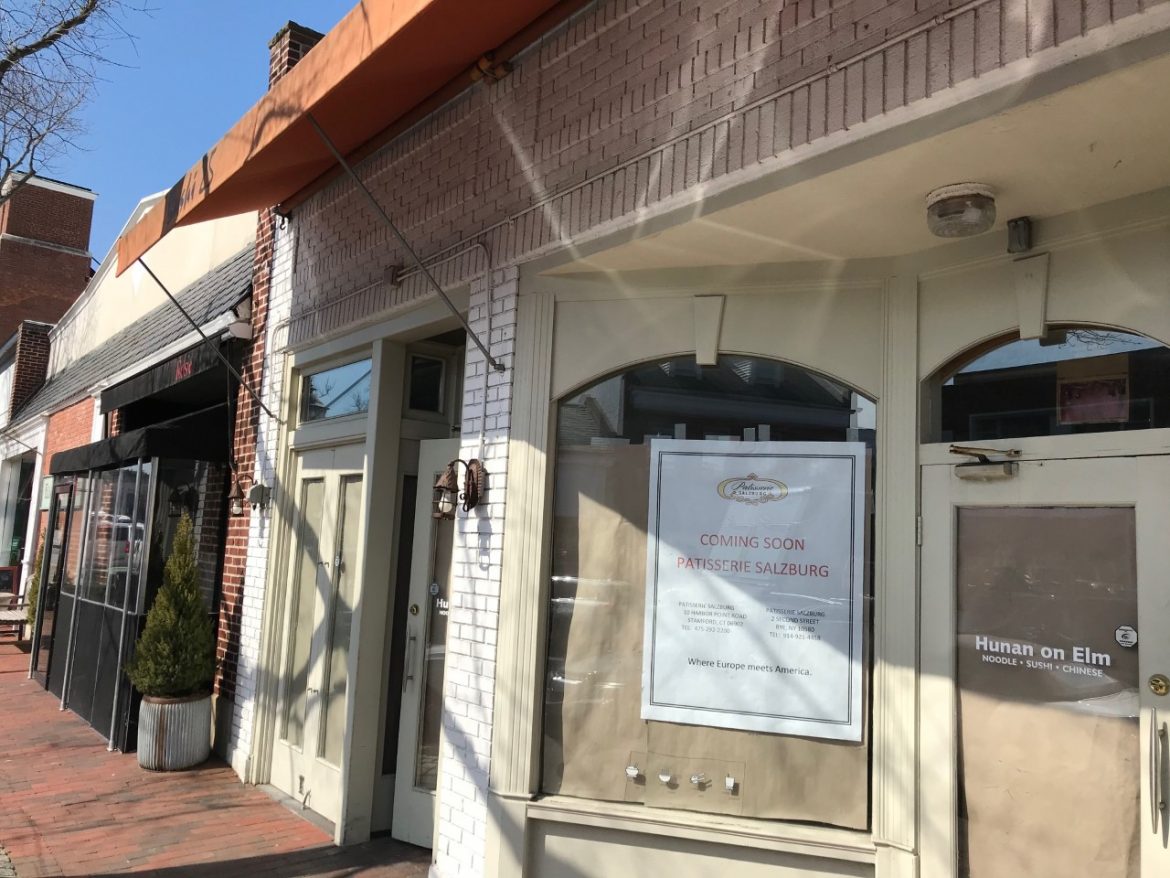 A long-established European-style café offering a wide range of fresh-baked goods plans to open this spring in the heart of downtown New Canaan.

Patisserie Salzburg is on track to open in early May at 25 Elm St., according to co-owner Par Shakiban, who launched the business 26 years in Rye, N.Y. and has a second location in Stamford, where he lives.

“We are extremely optimistic and positive about the whole idea, because we have customers who come from New Canaan to Rye and Stamford and they have told us they wish we were in New Canaan,” Shakiban told NewCanaanite.com.

“I’ve always loved New Canaan. It’s a very beautiful town. The people are wonderful. It’s a very classy town. The neighborhood is very clean and a European-style bakery would add a touch of sophistication to the area.”

“Patisserie Salzburg’s breads are made with flour imported from Germany, from traditional French baguettes to our rich, dense European Vollkornbrot,” according to the business’s website.

It adds: “Patisserie Salzburg offers a wide assortment of European-style pastries and cookies, incorporating a variety of French, German, and Austrian specialties, from kugelhopf to apple strudel.”

Though Elm Street has seen recent changes in cafés—with the closing of Gingerbitz two years ago, for example, and launch of Dolce last summer—it hasn’t had a dedicated standalone bakery offering as wide a selection as Patisserie Salzburg since Ritz operated in a space now occupied by Baldanza up the street.

Asked why they chose New Canaan, Shakiban said he and his partner are focusing on neighborhoods that appreciate “high-quality merchandise.”

“We were interested in the thought of being in Darien, but it just happened that the ideal space became available in New Canaan and it was very enticing,” he said.

11 thoughts on “‘Patisserie Salzburg’ To Open on Elm Street ”