In advance of Saturday’s annual Village Fair & Sidewalk Sale (9 a.m. to 5 p.m.), NewCanaanite.com ventured to different shops throughout downtown New Canaan to get some insights into what to expect to see at the different booths this year.

One such store is New Canaan Olive Oil located on Elm Street across from the New Canaan Playhouse. The store’s owner, Heidi Burrows, told us that her store will be giving out samples of a variety of products and will offer deals on certain items. “We’ll be doing sales on all of our local jams, all of our sea salts will be on sale for $5, we’re doing gift boxes like a bread-dipper gift box, a salad dressing gift box for $15, and then we’re also doing a buy one get 25 percent off any oil or vinegar,” Ms. Burrows said. 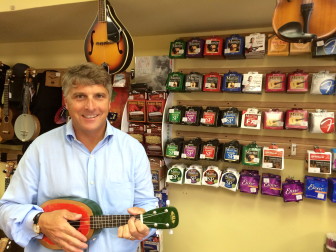 New Canaan Olive Oil is not the only local store that will be joining in on the festivities. New Canaan Music, owned by Phil Williams, will also be there in full force. “We’re looking to do some sales on some of our most popular instruments like the shark ukelele, and we’ll be promoting our instrument rentals and lessons as well,” Mr. Williams said.

“We’re celebrating our one-year anniversary this Saturday as we opened up at last year’s Sidewalk Sale, so we’ll be doing some things to mark that day as well. We might also have some live acoustic music in the afternoon if the weather permits.” 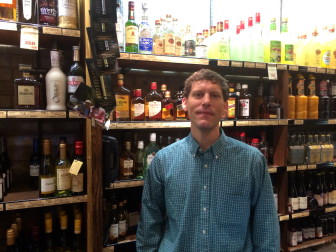 Walter Stewart’s own Alex Stewart also talked with us about what they’re planning for Saturday’s Sale. “We’re doing pretty much what we do every year which is a fresh vegetable stand where we feature our local corn, tomatoes, squash, and maybe some New Jersey blueberries as well,” Mr. Stewart said. “We’ll also have our Model T set up there. And this year we’re partnering up with New Canaan Bicycles to make frozen smoothies with their Blender Bike, which is essentially a pedal-powered blender in front of the movie theater. The proceeds will go to the Connecticut Challenge which is a charity race that we’re involved with.”

Other notable installments to look out for on Saturday include:

A full list of participating businesses and organizations can be found here on the official Village Fair & Sidewalk Sale page of the New Canaan Chamber of Commerce website.

NewCanaanite.com’s own tent will be set up on Elm Street, just below the Playhouse. Please drop by to say hello and participate in two contests/giveaways we’re doing in partnership with Swirl froyo and Salon Kiklo (whose contest you can enter right now).