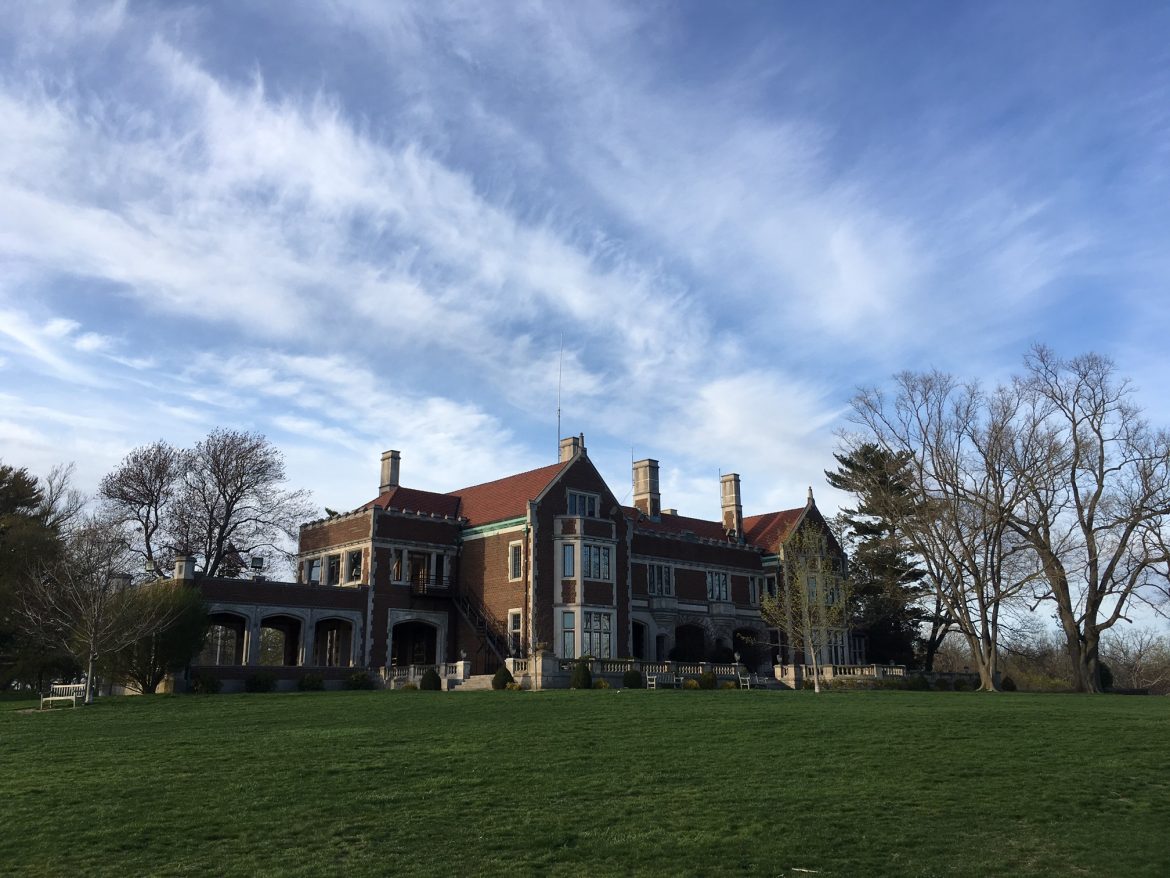 Municipal officials say they’re eagerly awaiting contractors’ bids this week for a major multi-part project at Waveny House, as the town decides whether and how quickly to redress the historic structure’s noncompliance with ADA standards.

Originally believed to be a project of narrow scope costing about $1 million, a multi-year project now expected to cost $2.8 million would include creation of ADA-compliant bathrooms and installation of an elevator so that disabled people could access Waveny’s second floor—where the Parks & Recreation Department is located—as well as required upgrades to a fire escape and entrances to the brick mansion from its west porch and rear balcony.

While some municipal leaders have said they support the project, including First Selectman Kevin Moynihan, others—including some members of New Canaan’s legislative body—have voiced concerns about spending the money while much of the large structure itself still has no clearly defined long-term use or identified revenue stream beyond the roughly $100,000 to $140,000 generated annually through renting it out for events such as weddings.

“We have got to make some decisions about this project, because if we have no project, we probably don’t have a Waveny House,” Moynihan said Monday during a meeting of the Selectmen’s Committee on Facilities and Infrastructure, held via videoconference.

The Board of Finance and Town Council are expected to vote next month on whether to authorize the funds (the issuance of bonds to pay for the project, and attendant public hearings, would still need to follow). Bid packages expected to arrive Thursday could make a major difference in the town’s decision, officials say, especially given the prospect of cost-savings with contractors finding less work now amid the COVID-19 public health emergency.

“The numbers will help us decide,” Moynihan said.

Built in 1912 and listed since last fall on the National Register of Historic Places, Waveny House was built as the home of Texaco Oil Company co-founder Lewis Henry Lapham. His daughter, Ruth Lapham Lloyd, lived at Waveny and conveyed the property, with its sprawling grounds, to the town in 1967 (her son, the actor Christopher Lloyd, grew up in Waveny House).

Successive town committees for years have grappled with the question of how best to use the brick mansion, and have studied ways it might generate additional revenue or offset funds spent elsewhere. Though some proposals have been ruled out, such as housing the Board of Education’s administrative offices there, no clear picture has emerged.

Three years ago, the town allocated $2.3 million to replace Waveny’s roof, and an advisory committee then spent several months studying how and where to install ADA-compliant bathrooms and an elevator. When the architectural firm on the project brought on an ADA consultant to study the project, however, additional exterior accessibility and other needs surfaced. There’s no cost-effective way to create a ramp under the porte cochere facing out into the forecourt of Waveny House, and following consultations with town officials, the architects developed an infrastructureture-heavy plan that will create ADA access points at the structure’s covered west porch and rear loggia, which sits five inches down from a back door in the Great Room and drops another five inches to the wide balcony.

Public Works Director Tiger Mann said the project would take about 1.5 to two years, and that town would prefer to start on it sooner than later.

“Delaying it just keeps pushing it off,” he said at the meeting. “That is one. And two, the feeling was that if we get in and start working now we could in the summer ’21 be open as a venue and not hinder that. But again, it’s really circumspect right now until we see the numbers come in on Thursday and Friday … [We are] hoping that is going to be a good number for us, but we won’t know until that point in time. It might be a completely different discussion.”

Committee member Penny Young, a co-chair of the Town Council Infrastructure & Utilities Committee and member of past committees that have studied Waveny House, said there was “a lot of concern and conversation at the [Town] Council level on ‘How are we going to be using Waveny House?’ and ‘We are not going to be approve any funding for ADA compliance until we know how it will be used’—that is the sentiment of group people who are being rather vocal about this. And so I don’t know where we stand on really coming to some kind of conclusion of that concern.”

Young added that she herself supports the project.

Committee member Penny Rashin said it was “a little bit late at this stage” to push back on a project that would make Waveny House ADA-compliant, particularly in light of the “huge investment” made in re-roofing the building to make it water-tight.

“This one is making it ADA complaint which is something that we have been advised as a town to do for a long time,” Rashin said. “So I would only want to put this off for really good reasons.”

Referring to the town’s legal liability, she added, “I mean every time somebody has to go to the second floor, that’s a risk.”

Committee member George Blauvelt said he understood the desire to “have a better economic potential” for Waveny House.

“But as iconic as it is, as the kind of go-to symbol for ‘Welcome to New Canaan,’ there is no sustainable economic plan to monetize Waveny House absent making it ADA-complaint,” he said. “So really, we shutter building or make it ADA compliant, and at the same time or coincidentally develop some kind of economic exploitation plan.”