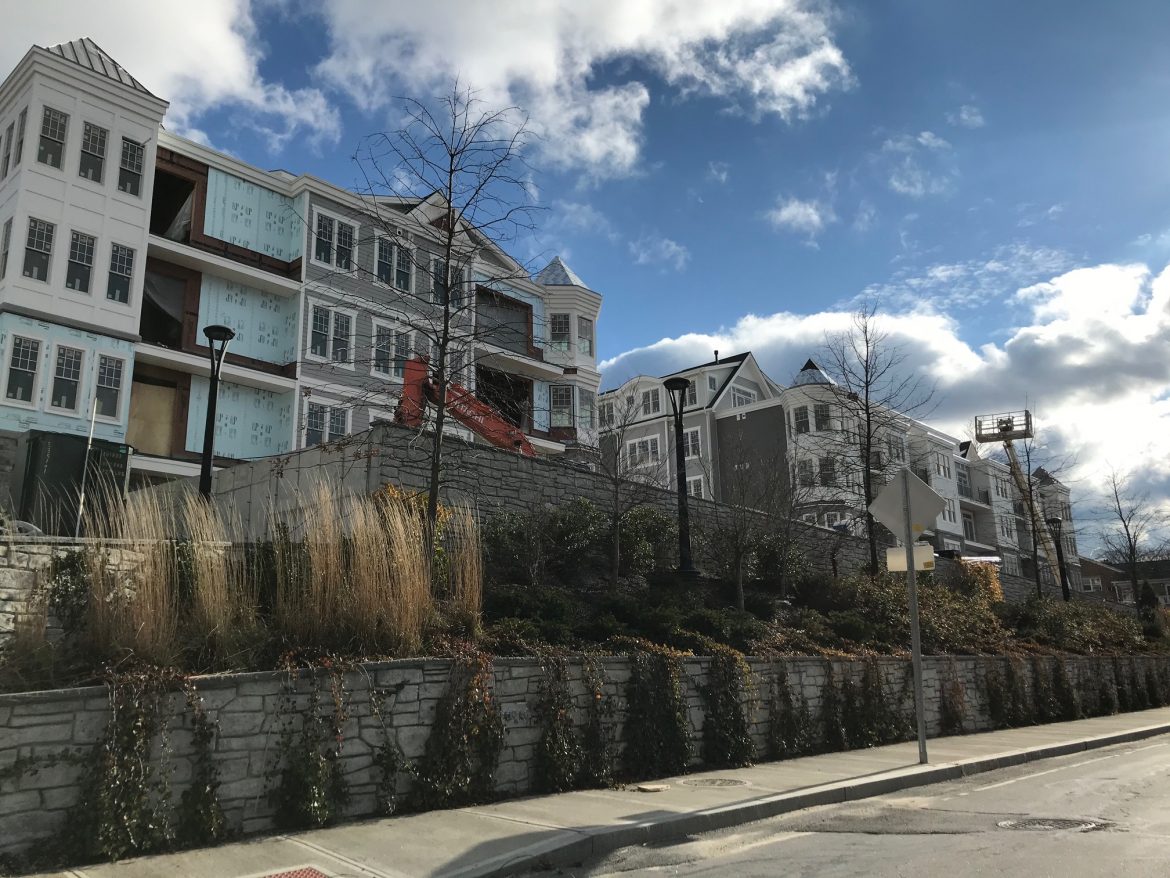 Municipal officials two weeks ago issued a partial Certificate of Occupancy for the widely anticipated Merritt Village development on the edge of downtown New Canaan in violation of Connecticut General Statutes, documents show. 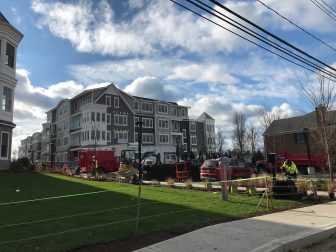 Issued Nov. 25 by the New Canaan’s chief building official and effective Nov. 27, the partial CO for rental units in the development at Park and Maple Streets did not have legally required sign-off from Planning & Zoning, according to multiple emails sent by Town Planner Lynn Brooks Avni that NewCanaanite.com obtained through a public records request.

“Pursuant to State Statues and New Canaan Zoning Regulations (Sect. 8.4.A.1.iv) any issuance of a Certificate of Occupancy requires a sign off from P&Z,” Brooks Avni wrote in a Nov. 25 email to the project’s developers, Arnold Karp and Paul Stone. “The partial CO that was issued to you for Merritt/Vue did not include a sign off from P&Z and thus is not valid until such sign off is granted.”

According to the emails, Chief Building Official Brian Platz months earlier had sent a draft partial CO to department heads, including Brooks Avni, for review and approval.

“To date everyone has responded either by email or phone call with the exception of Lynn,” Platz said in a Nov. 25 email to town human resources and public works officials. “The F.Y.I. in this is that they have people moving in and cannot wait for Lynn to comment. I have now issued the partial C of O effective Friday, I gave it to them this morning postdated to 11/27/2020 since we are closed Friday. It’s only a partial C of O so we still have another bite at the apple when they come looking for the C of O for buildings C and D which are condos for sale. Buildings A & B which I issued the C of O for are rentals.”

Platz in a later email to the same department heads, said that he couldn’t wait until the very last day of November to issue the partial CO “because Arnolds insurance company and lawyer needed it because moving vans were going to be on site over the holiday weekend.”

Later in the afternoon of Nov. 25—the day before Thanksgiving—Brooks Avni in an email to Platz appears to assert that she had, in fact, responded to the original draft CO.

“Brian, I did respond in a timely manner, see email, below,” she said, adding, “Again, I will reiterate that according to State Statues and per New Canaan Zoning Regulations (Sect. 8.4.A.1.iv) no Certificate of Occupancy shall be issued without the sign off of P&Z PRIOR to the issuance of the CO. Happy Thanksgiving!”

Yet the email to which Brooks Avni referred, sent Nov. 18 to Platz and several other municipal officials, said only, “I will review and let you know where P&Z stands.”

Karp said in an email to NewCanaanite.com that the partial CO was issued and that the project is in full compliance.

Under the state building code, “no building or structure erected or altered in any municipality after October 1, 1970, shall be occupied or used, in whole or in part, until a certificate of occupancy, as defined in the regulations adopted under section 29-252, has been issued by the building official, certifying that such building, structure or work performed pursuant to the building permit substantially conforms to the provisions of the State Building Code and the regulations lawfully adopted under said code.”

State law also specifies that no building permit shall be issued without certification in writing by the official charged with the enforcement of local zoning regulations. In New Canaan, Brooks Avni is not only town planner but also senior enforcement officer. New Canaan Zoning Regulations also specify that “An application for a Zoning Permit shall be made to the Zoning Inspector on a form provided for that purpose before … any Building Permit or Certificate of Occupancy is issued by the Building Official.”

Merritt Village consists of four structures that share an underground parking garage. Two buildings house 59 apartments that Karp and Stone planned planned to have ready for move-in by year’s end. And 40 condominiums will be available between the other two buildings (nearer to Park Street), and are to be ready by next spring, they’ve said.

In contrast to Platz, Brooks Avni appeared to be OK with the idea of signing off on the partial CO on Nov. 30. In her Nov. 25 email to the Merritt developers, she said, “This email is to formalize and put in the record what I discussed with you on the telephone re the Partial CO.”

“I fully expect to complete the last minor details of the review prior to 11/30/20 and I will make sure to CC you on that email alerting you that P&Z has signed off,” Brooks Avni said in the email. “ P&Z has been working with you diligently over the last several months to make sure that any P&Z issues are resolved.”

Then, in a 6:45 a.m. Nov. 30 email to Karp and Stone, Brooks Avni said, “I had the opportunity this weekend to finish my review of the file and all the additional documents I requested and you submitted. P&Z will sign off on the Partial CO with the following stipulations.”

She then cites 12 conditions from the original P&Z Commission approval that include calls-to-action from several people—for example, for a landscape architect to provide “written certification of the number, types and sizes for all plant materials,” for an engineer to certify drainage and submission of as-built floor plans, site plans and surveys.

“Also note that the condominium documents will need to be recorded prior to the first occupancy of a condo unit,” Brooks Avni said in her email to the developers. “I had this scenario recently with another development in Town.”

Merritt Village’s approval by P&Z four years ago followed several months of public hearings and came with a record number of conditions. Even years after the approval, parts of the project remained a hot-button issue for many in town. One group voiced concerns regarding a burial ground near the work site—and continues to do so—while others complained about the retaining walls that materialized along Park Street in late-2018. Both issues brought the project’s developers back before P&Z. Karp said in his email that the public has full access to the burial ground.

[Editor’s Note: This article has been updated with email comments from the project’s developers.]