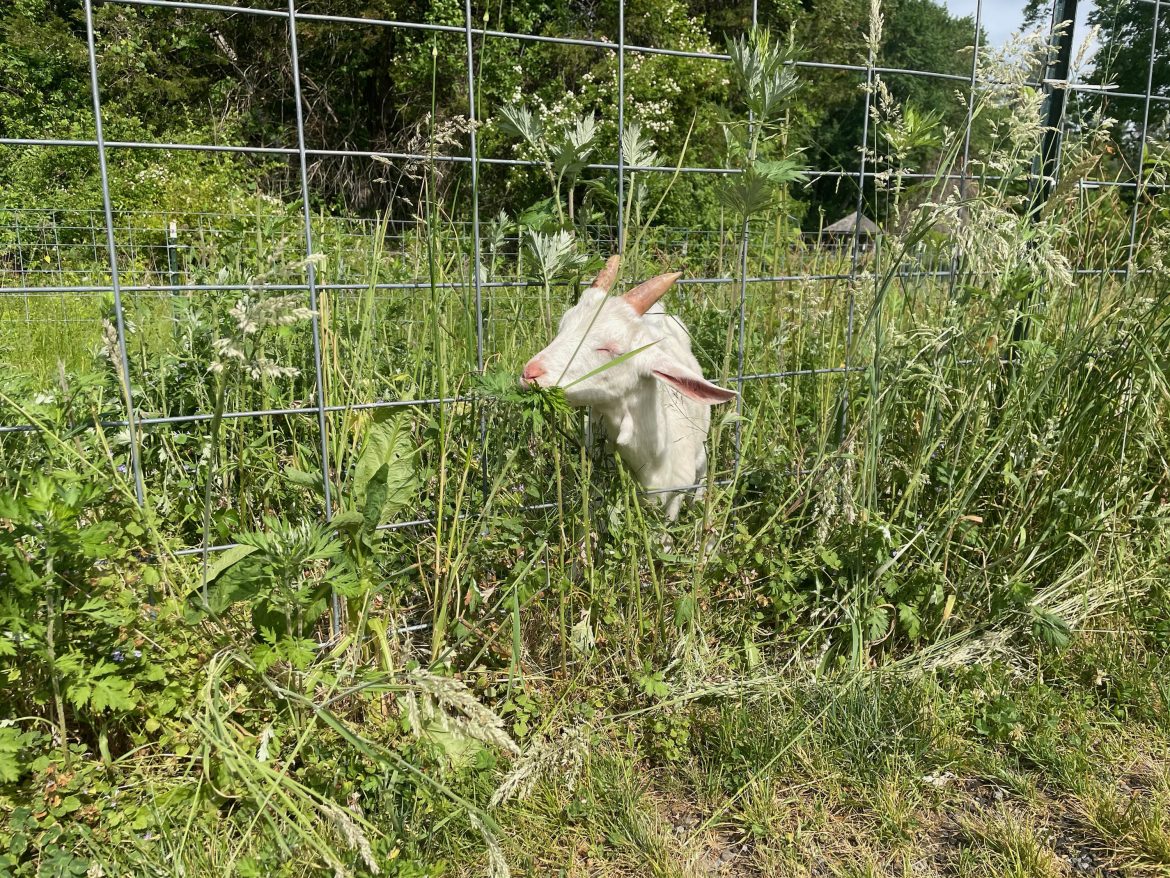 Baby goat munches on the weeds in the sunshine at Irwin Park. Photo by Hannah Tiller

For the third year in a row, a well-loved park welcomed goats to a cordoned-off area in an effort to eliminate invasive weeds.

Five goats, some of which are very young, arrived two weeks ago at Irwin Park, according to Public Works Director Tiger Mann.

Eddie, Caramel, Cookie, and two unnamed goats will be living in the park through the summer, Garden Club member Alice Wyman said.

Introduced to the Weed Street park two summers ago thanks to research by the New Canaan Garden Club, goats have “definitely helped to reduce [the weeds],” Mann said.

Asked about why goats are used to eradicate invasive species, Mann said, “They’ll eat anything. They like poison ivy.”

Goats can help to eliminate invasives such as Japanese knotweed better than other traditional methods because they can get closer to the root of weeds, officials have said.

The Irwin Park goats are from Rhinebeck, N.Y. They graze in the northwest area of the 36-acre public park and have been a popular summer addition. Last year, one of them got its head stuck in a fence.

“There are people there every day so it’s a nice draw to the park,” he said.

Asked for tips and recommendations for those visiting the goats, he said, “Please don’t feed them. Try not to pet them.”