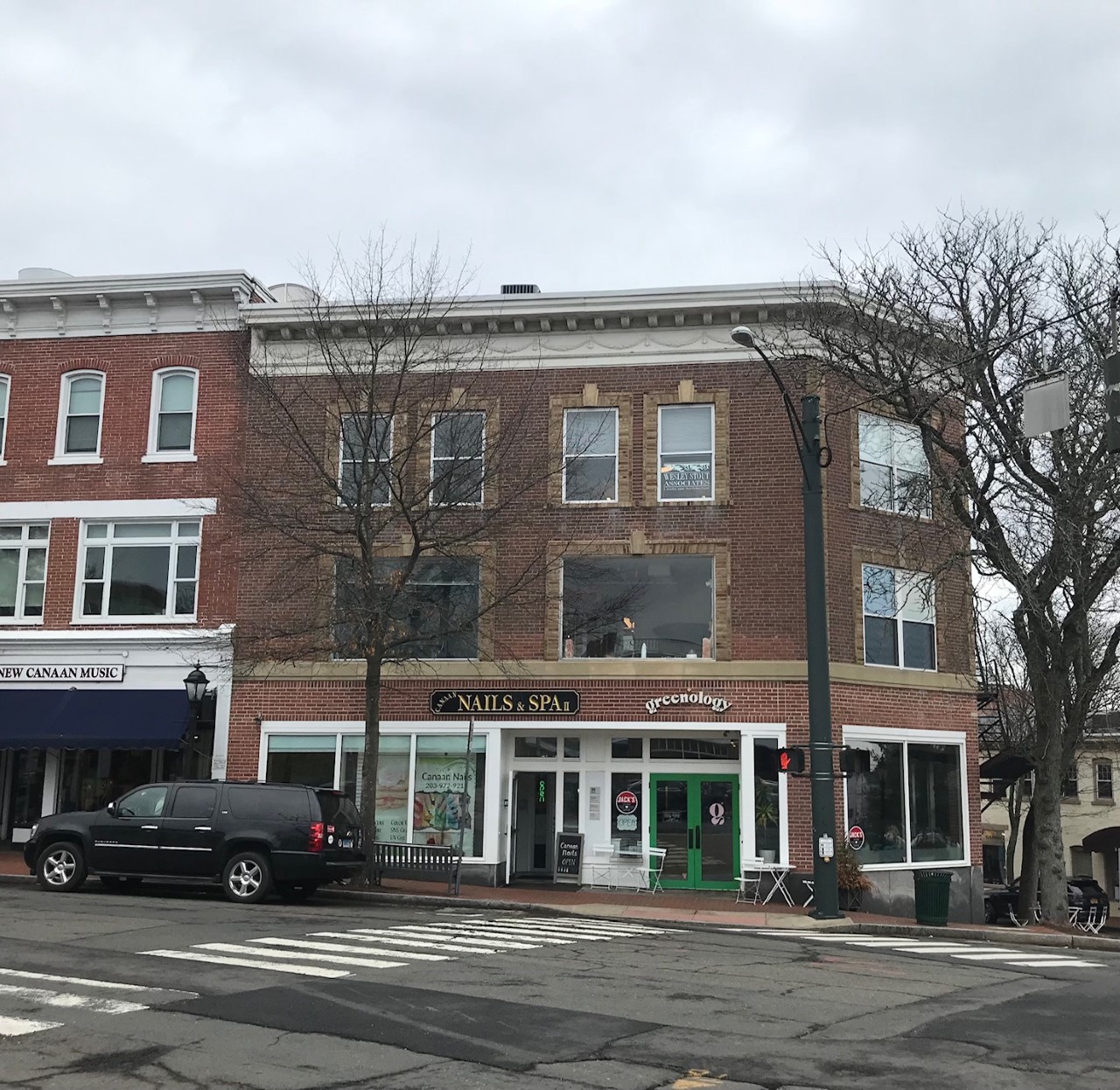 This business was located on the south corner of Main Street and East Avenue, most likely in 102 Main Street now occupied by Personal Touch and Dashi Custom Tailors. After a few years, Silliman bought out Weed and moved the store to what is now 114 Main Street. (At this point the brick Raymond building, which was covered in a previous article, had not been built.) Renamed Silliman & Co., the store occupied a two story wooden structure, and sold groceries along with hardware, furniture, and crockery. It also sold small farm equipment to the local farmers.

Joseph Silliman was very much a businessman. He advertised in various local papers and even advertised that the store was a great place for Christmas shopping. There were regular displays in the store of large vegetables such as a seven pound turnip or a sunflower that measured seventeen inches across. He even competed in the county fair where he won “Best Plow” in 1877.  The store also delivered groceries along two routes in town. However, tragedy struck in 1899 when a fire broke out in the hardware department and burnt the store down along with several other buildings on the block. Apparently the fire was so intense that even the cash register melted. This did not stop the business though; within a week the store reopened across the street.

In 1912, Silliman’s built the three story building pictured above, now 96 Main Street and occupied by New Canaan Nails and Greenology. At the same time that the new building was built, the grocery side of the business was sold off. Now only a hardware store, it was renamed to Silliman’s Hardware Company. Even though there were only four employees after the move, three Silliman brothers and a clerk, the store still advertised that they offered “everything for builders, carpenters, mechanics, farmers, and everyone else.” The business flourished and the town staple became well known throughout the area. The store was even thought to rival those found in major cities. In the 1920s, Silliman’s bought a plot of land on what is now Cross Street and constructed several sheet metal buildings to store and repair farm equipment. These buildings became known as the Silliman’s Lawnmower Service. In 1938, the store expanded again – this time on Forest Street. Silliman’s Farm Store, the building at 3 Forest Street, now the Athletic Shoe Factory, had a showroom for farm implements, tractors on the first floor, and lawn furniture and wheelbarrows on the second floor. By 1947, there were thirty-two employees and twenty-five departments, but a few years later in 1954 it was clear that this success could not continue. Smaller stores had moved into the area and were able to sell smaller goods at cheaper prices. In response to this competition, Silliman’s started to focus on larger goods such as furniture and farming equipment. In 1958 they purchased Johnson’s Garage (now Mattress Firm) and connected it to the adjoining Farm Store.

The Main Street building was eventually sold in 1961 to the renowned architectural  firm Eliot Noyes and Associates. Finally in November 1980 after selling off some of the smaller businesses and the retirement of Mitchel Kellog, who ran the business for forty years, the Forest Street building was sold to developers. In early 1981, Silliman’s closed for the last time.

New Canaan Now & Then” is presented in partnership with the New Canaan Museum & Historical Society.