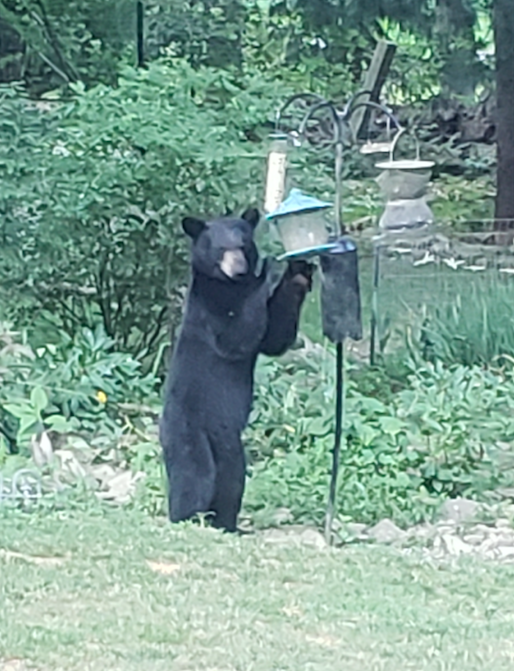 Saying the town has seen a rise in the number of black bear sightings in recent years, New Canaan’s Animal Control officer has been trained and certified to carry bear spray this spring, officials say. 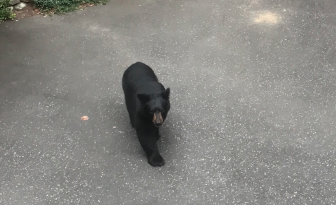 This photo of a black bear in a Wellesley Drive residence’s driveway was taken on Aug. 29, 2017. Photo published with owner’s permission

“Most often, New Canaan bears avoid interacting with our residents,” he told NewCanaanite.com.

“However, given that [Animal Control] Officer [Allyson] Halm is often called to handle a variety of wild and domestic animals, some who are quite unhappy, we issued her bear spray, provided training and certified her. This spray is not just for bears as it can be used to harmlessly re-direct a variety of animals. Ideally, she will never need to use the spray.” 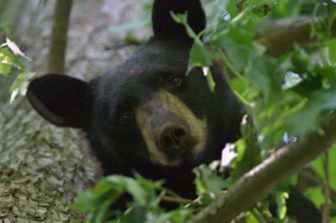 Back bears typically breed in late June or early July, according to the state. During that time, males travel extensively in search of females. In New Canaan, bear sightings are reported to police all through town. Last summer, Halm reported a steep rise in black bears sightings.

Halm said the bear spray is potent and can travel out to about 35 feet.

“It’s known to stop grizzlies so I’m confident that it will stop a black bear if necessary, and we can haze with it as well,” she said. 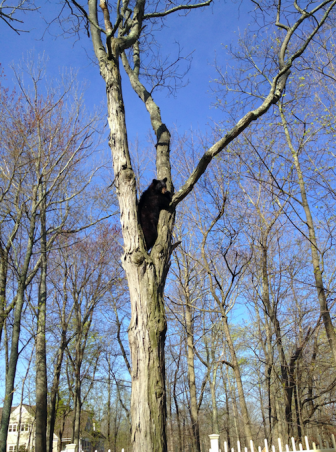 The black bear climbed a tree on Oenoke Ridge road on the morning of May 2, 2018, temporarily closing the road. Photo published with owner’s permission

“If we have a bear that is frequenting a garbage can and I time it well, we can take action,” Halm said. “It’s given me more confidence for sure, because I am the one called out on these bear calls and now I am not as concerned about getting out o the car.”