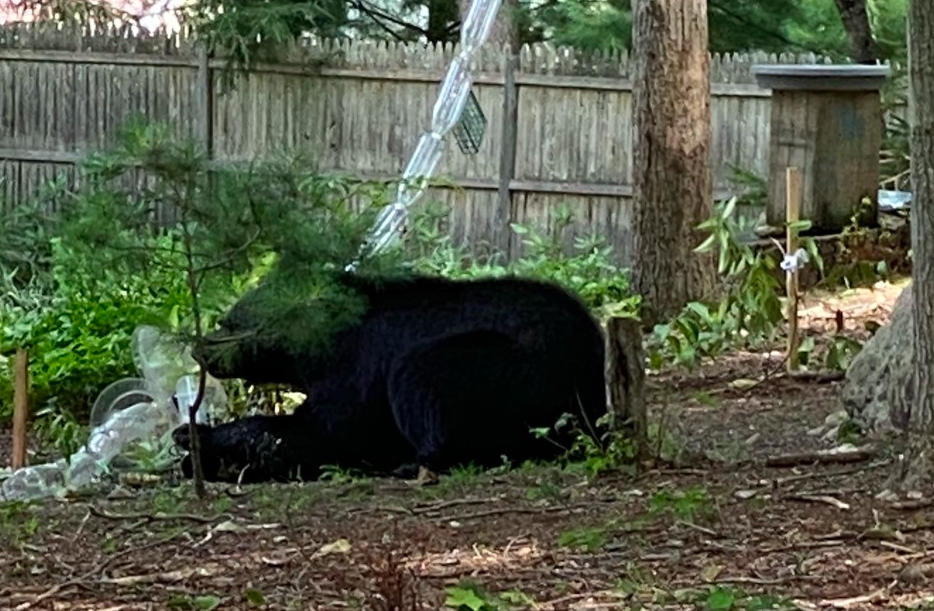 A black bear broke into a chicken coop in northeastern New Canaan some time during the night Sunday and killed chickens inside it, officials said.

The chicken coop on Lantern Ridge Road had been “well-fortified” but the bear got in anyway, according to a New Canaan Police Department report cited by Animal Control Officer Allyson Halm.

Officers found bear scat at the scene and determined no other species of animal could have broken into the coop, Halm said.

A second chicken coop on the same road showed evidence of damage to it that appeared also to be a bear attempting to get in at the birds, she said.

The reports come about one month after a resident of Father Peters Lane, also located in the northeast part of town, photographed a mother bear and two young cubs on their property.

Halm has said New Canaan is seeing an increasing number of black bears appear each spring. The first reported bear sighting of 2021 came in June, on Briscoe Road. That same week, a black bear showing state tag number ‘211’ on his ears could be seen devouring a young fawn near a Logan Road bus stop.Black bears typically breed in late June or early July, according to the state. During that time, males travel extensively in search of females. In New Canaan, bear sightings are reported to police all throughout town.