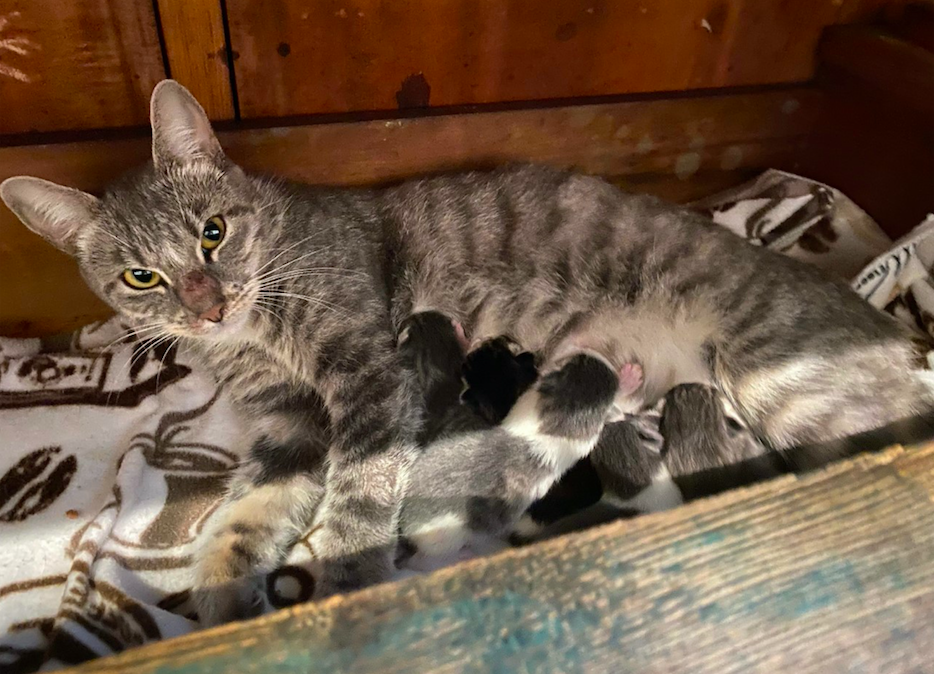 The pregnant stray cat that local authorities and residents of the Vitti Street neighborhood have been trying to help gave birth Monday to a healthy litter of five kittens, officials say. 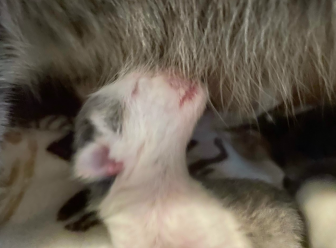 Named ‘Elsa’ by Animal Control Officer Allyson Halm after she survived the heavy wind and rain storm with that name earlier this month, the young cat was finally caught two weeks ago and managed to survive thanks to a Warren-based rescue organization.

Halm said she was feeling “very blessed and lucky that the stars were aligned the angels were watching.”

“This cat was very, very lucky to get off the streets,” she said. “And it’s probably her first litter because she is a young animal. And it will be her last litter, and kittens will be properly placed.”

Elsa was not faring well during a state-mandated seven-day hold at the New Canaan Police Department animal shelter, Halm said.

“She was injuring herself,” Halm said, and referred to abrasions on Elsa’s nose. “She was banging banging banging against the bars, so I started to reach out to everybody I know in the business.”

Soon, Sophia L’Orange Kitten Rescue came through. Officials from the nonprofit organization drove down from Warren on July 18 and met Halm at the shelter to pick up Elsa.

They are “lovely, lovely people,” Halm said of Sophia L’Orange.

The Animal Control officer added that she would was “very grateful” to the organization for “supporting this cat in an emergency situation and doing all the right things for her.”

“There will be expenses,” Halm said of Elsa’s care.

The rescue organization “runs solely off fostering, adoption fees, and monetary donations to provide vet care, food, litter and other foster supplies for our kittens in residence,” according to Sophia L’Orange’s Facebook page, which includes contact information.

Asked about what is in store for Elsa, Halm said, “Hopefully she will be spayed after nursing these kittens.”

“Hopefully a good home will be found for her,” she continued. “They have been sending videos showing how loving she is and she’s good in a house. Hopefully she will become an indoor cat that will live the life.”